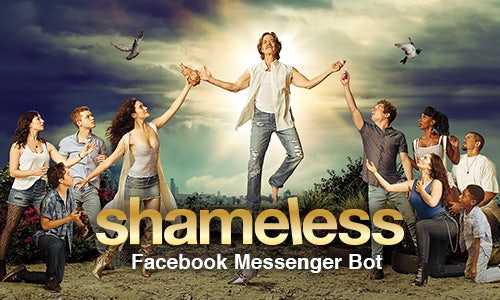 With impressive season-over-season viewership growth and an influx of new followers, the excitement around Shameless is palpable across social and digital communities. As part of the Season 8 launch, Showtime sought to capitalize on the show's passionate fan base and build engagement with its active 5M+ social community through an innovative Facebook Messenger bot. With an aim to provide both utility and entertainment, the Shameless Bot was tasked with igniting and sustaining excitement from season premiere to finale, to help solidify Shameless as the #1 comedy series on Showtime.

To fire up loyal fans of Shameless, Showtime created a Facebook Messenger bot that maintains the irreverent tone of the series. The bot was designed to answer the most commonly asked questions sent to the Shameless Facebook page, such as premiere date inquiries and streaming info, as well as easter egg responses for super-fan questions.

Additionally, Showtime created guided chatbot experiences to bring viewers even closer to the Gallagher family. In-depth character profiles, GIFs, season recaps and behind-the-scenes content brought fans up-to-date before the premiere of Season 8. Then, as the season unfolded, fans were treated to unique, episode-specific experiences using Messenger's fun functionality. For example, when two characters began feuding in Episode 5, fans were given a blank canvas and invited to use the Messenger Doodle tool to declare whether they were Team Ian or Team Fiona. Thousands of impressive doodles were submitted such as those seen below.

With something new to experience with each episode, bot users have plenty to explore and come back to every week. And the more they engage, the more the bot has adapted and grown its database of answers.

Since its launch, the Shameless bot has entertained and engaged thousands of fans who continue to check back for new bot updates.

Some of the latest to-date benchmarks include:

- Average of 15 engagements per user

- 27% of fans opted-in to receive alerts 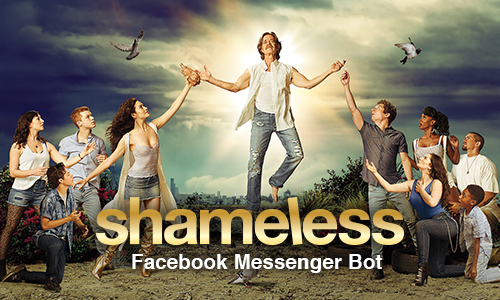 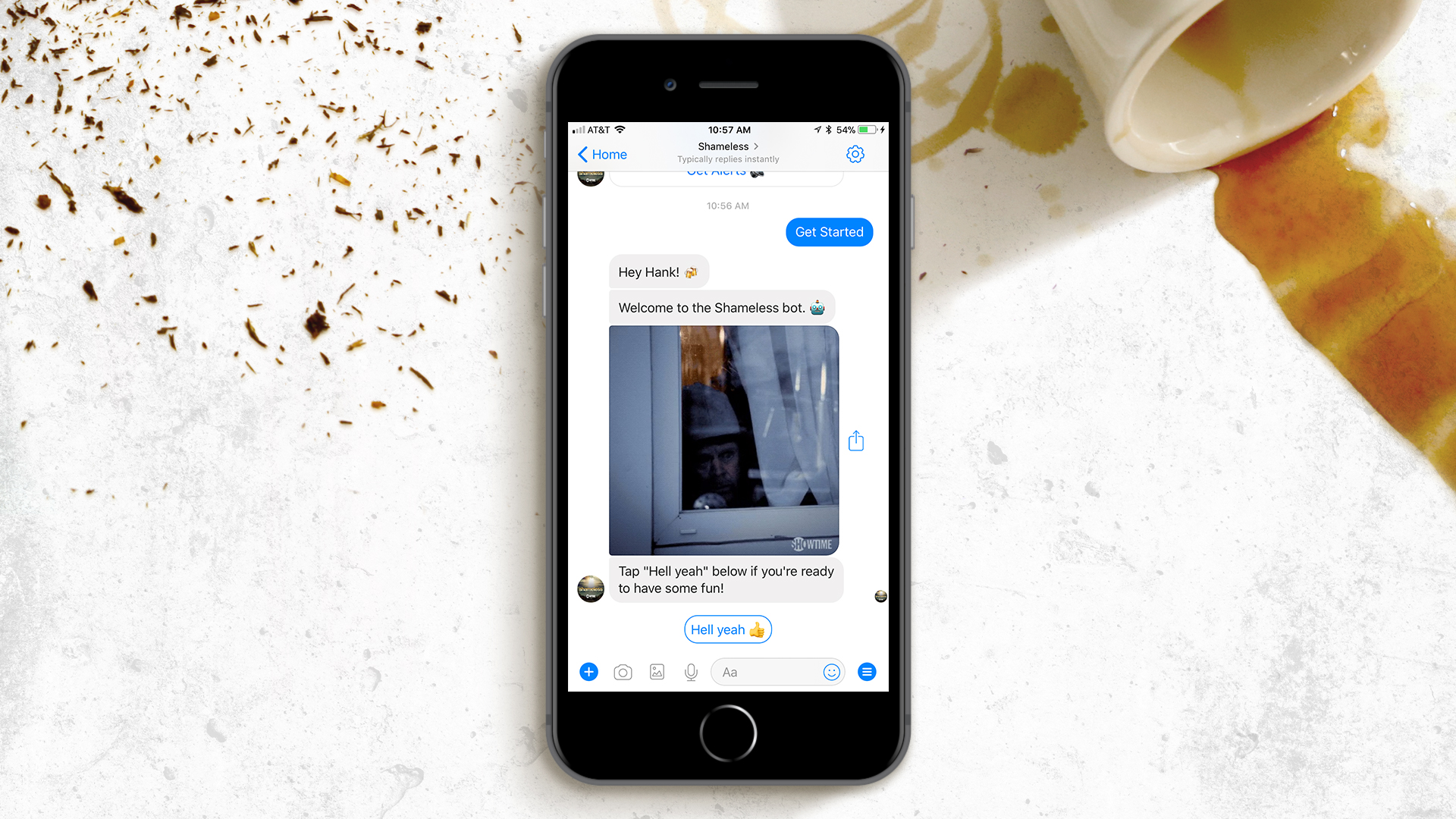 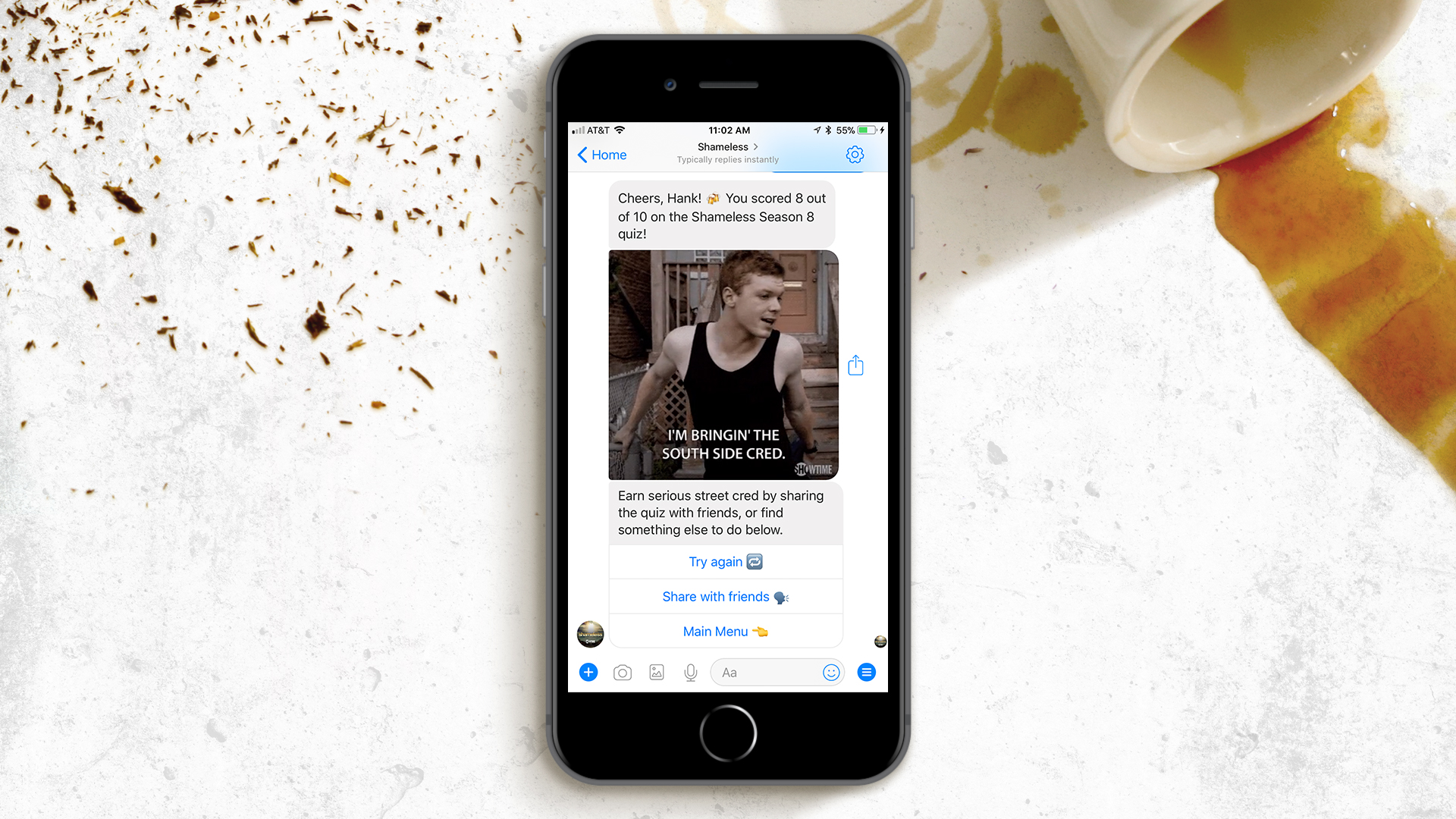 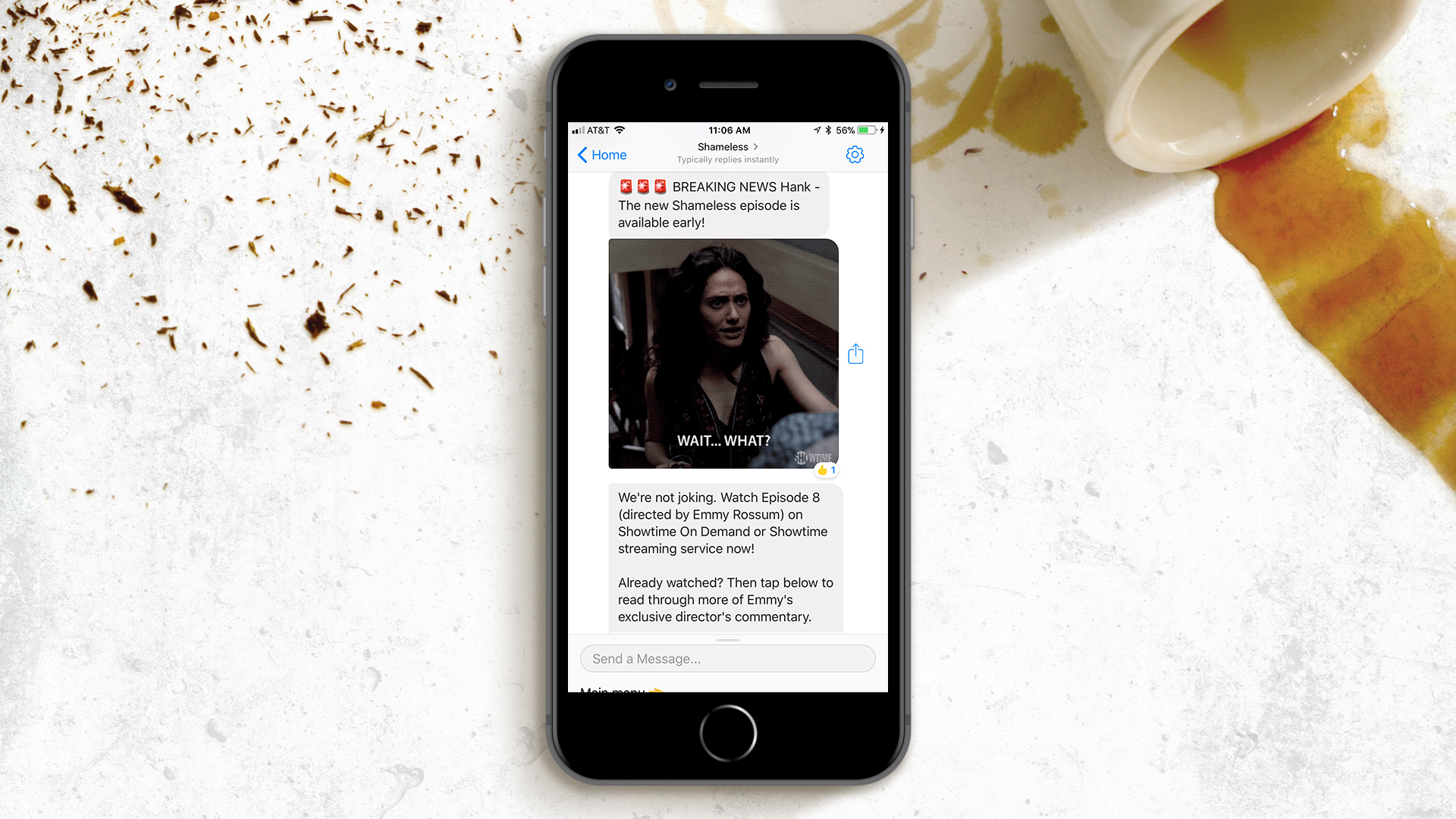 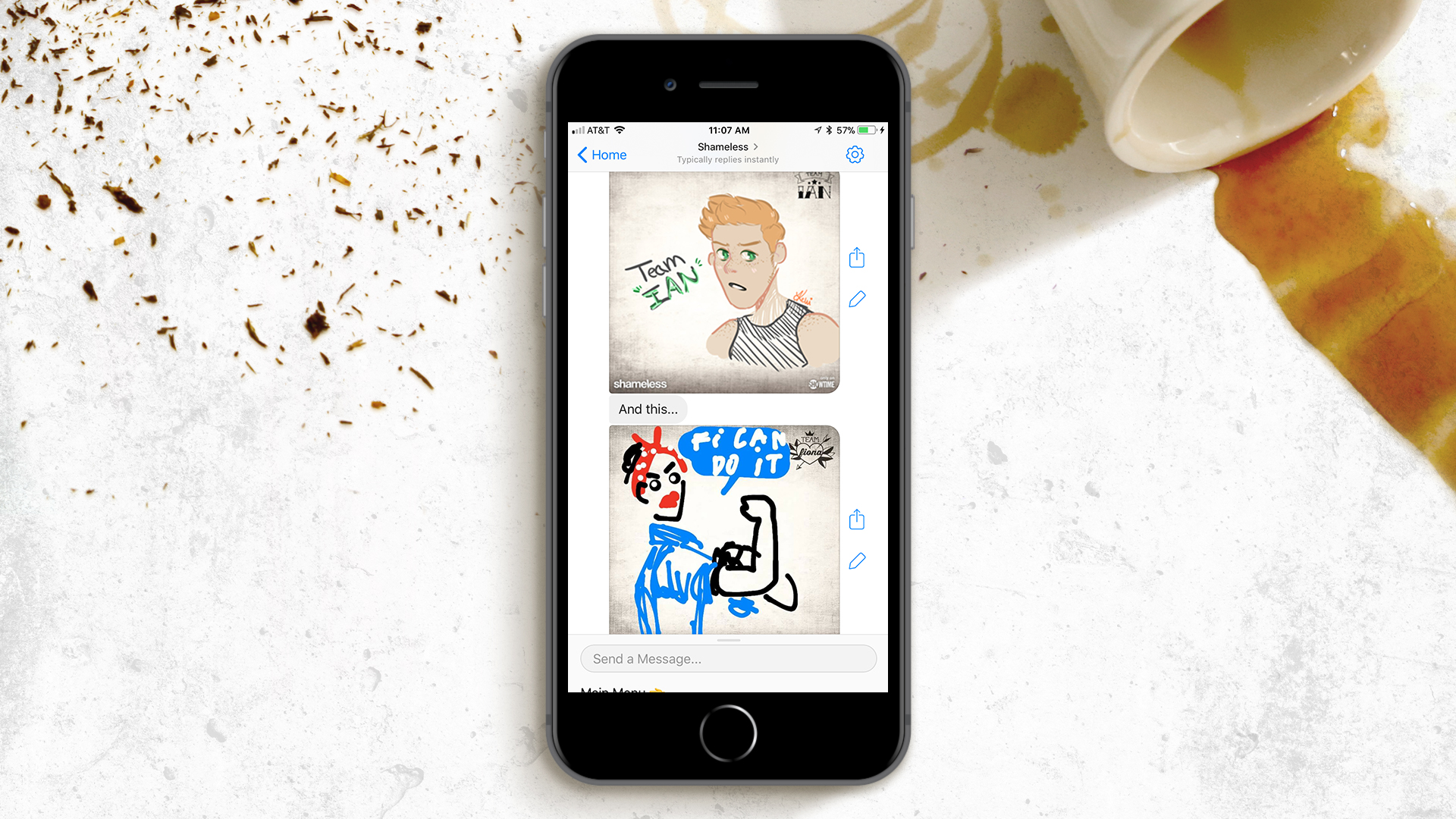