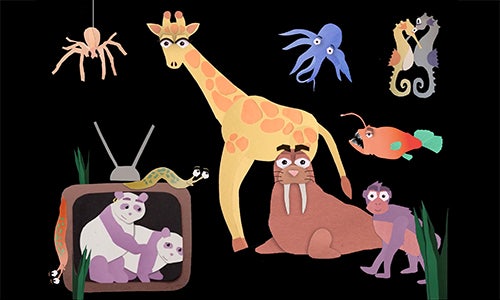 Seeker tells stories that explain the world through the lens of science. Our content inspires, educates, sparks curiosity and entertains.

In the summer of 2017, Seeker was chosen as one of Facebook's official launch partners for their new platform, Watch. This was an opportunity for us to develop five new original series for the nascent platform and experiment with new content formats. The editorial strategy behind the creation of each of the new series was to produce content that would be brand defining, capture new audiences and finally, propel Seeker to be among the top digital science media companies on the emerging platform.

Knowing that animal-related content is extremely popular in Facebook's newsfeed, we homed in on a wildlife series told through Seeker's science lens. The challenge was to produce a series that would stand apart from all other wildlife content on Facebook and show a side of the natural world that was seldom seen.

The result was Wild Sex -- an animated series that explains the weird, gross and beautiful world of animal courtship. Since its launch, the series has become the #1 science/tech show on Facebook Watch with more than 25 million views and has reached over 65 million people.

Seeker focused on a quick-turn, animated format that allowed us creative freedom and didn't limit the stories we could tell, since so many of these wild animals are found all over the world. Wild Sex's animated format is created with practical craft-paper elements that are shot in-studio and then animated digitally.

Tonally, we decided to make the series have the look and feel of a show you may have watched growing up, but with some tongue-in-cheek adult humor. The design choices, like using craft paper and sparse, black backgrounds means that Wild Sex visually stands out from any other animated series you'll find on Facebook or YouTube and evokes a nostalgia towards animated shows you may have seen as a kid.

To best deliver an entertaining and scientifically accurate narrative, we turned to Carin Bondar, biologist, TV host and author of an entire book about the intricacies of animal courtship, to assist with the series' writing and voice-overs.

Since its launch in August 2017, Wild Sex has become the no. 1 top performing science/tech show on Facebook Watch with over 25M video views, nearly 600K Followers, 16M minutes watched, 200K engagements and a total reach of 65M people. The series has been so successful that Seeker is looking to launch several spin-off series throughout 2018. 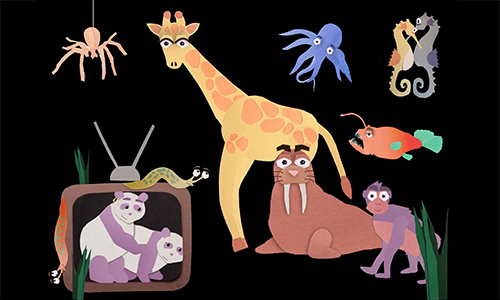