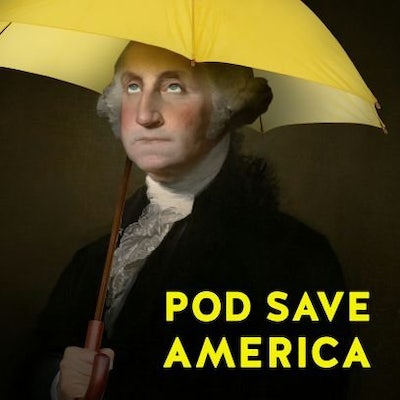 About Pod Save America

Pod Save America may not have saved the country yet, but it continues to try by providing an inspiring voice in the fight against Trumpism. According to The New York Times, the podcast is “the left’s answer to conservative talk radio.” Hosted by former White House speechwriters and aides Jon Favreau, Tommy Vietor, Jon Lovett, and Dan Pfeiffer, Pod Save America really took off in January 2017 after airing an interview with President Obama. The podcast’s “no-bullshit conversation about politics” is a hit with fans, getting downloaded 120M+ times before the end of 2017. Pulling top guests like Katie Couric, Dan Rather, and NY Senator Kirsten Gillibrand, the hosts find a way to make politics both entertaining and engaging.