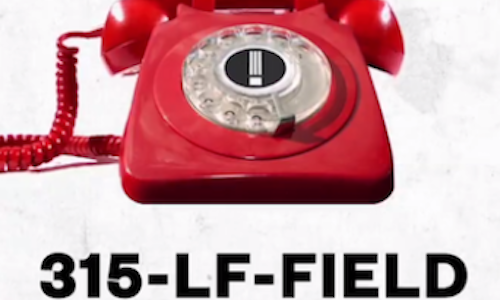 While NBC Left Field is focused on digital distribution, we also wanted to honor our company's legacy by creating a way to deliver news in a more "old-school" way. With the "Field Phone", we set out to build a phone line that would allow callers listen in on audio storytelling experiments, behind-the-scenes audio reports from our journalists and cinematographers and audio-only previews of stories that will be premiering on video soon. Also, callers can record their own tips and stories for the Left Field team. Call 1-315-LF-FIELD and you'll hear one of the most familiar sounds in media: the signature NBC chimes that have been synonymous with our company for nearly a century.

The "Field Phone" isn't actually a phone at all but rather a custom built Interactive Voice Response system. IVR is the term for the technology that allows a computer to interact with people through the use of the tones input via a telephone keypad.

First we planned out what we wanted the phone line to do: offer audio recordings as "voicemails" for the user to listen to and give our audience a free form place to submit tips and story ideas by leaving us a recording. Then we actually mapped out the logic, accounting for different scenarios and edge cases:

Finally, we actually built the system. It was programmed using Node.js using the Twilio Telephony API and the Dropbox API and it all runs on the serverless and auto-scaling AWS Lambda platform.

One of NBC Left Field's overall goals is to be an experimental hub for style, treatment and audience engagement for NBC News while holding on to the deep history and legacy of NBC. And one of the over-arching goals at NBC News at large is to increase loyalty among our audience. The Left Field "Field Phone" project has been a great way for us to reach both of those goals at the same time. Emulating a personal voicemail system is a great way to create loyalty with our users and help them really get to know the "voice" of this new brand and by leveraging and legacy platform (voice phone calls) we have created a brand new way to experiment in audio storytelling. 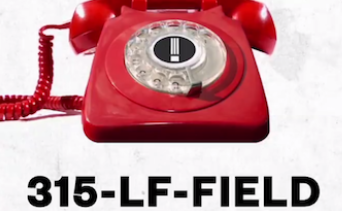 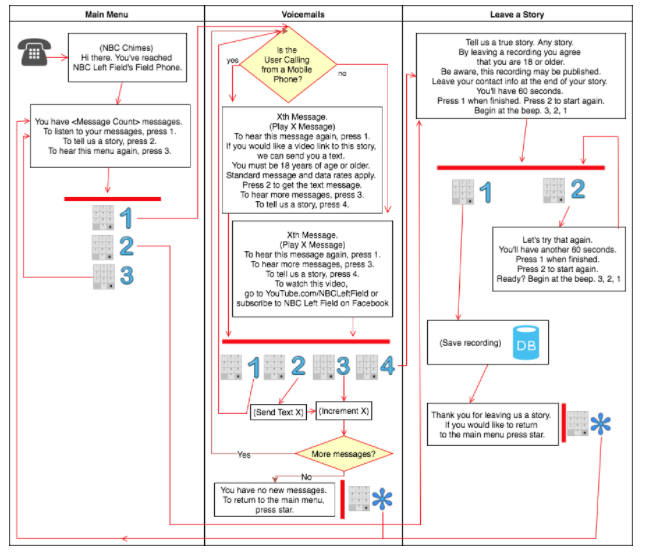