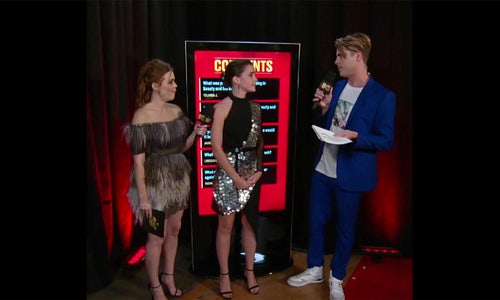 Throughout the network's history, MTV has always brought unprecedented artist access to fans. Fan Cam Live was the next iteration of this foundation as we provided a way for celebrities and their fans to directly interact. We were striving for a high volume of talent with a high level of interest and engagement from fans, and we delivered upon this promise through our interactive livestream.

Fans on Facebook were given the opportunity to interact directly with M&TVA talent through this SIMPLE Mobile sponsored backstage experience.

With the guidance of a host, Jeffery Self, and co-host, Holland Roden, celebs appeared live on Facebook moments after they won (or presented!) an award on air. They interacted with a moderated cue of fan comments & questions, which were visualized on a large on-screen monitor. Viewers participated by interacting with poll questions, and guided the conversation with celebrity talent in real time. Promotion to the Fan Cam via social media, as well as an on-air hit during the M&TV Awards linear broadcast helped to drive users to engage with the experience. 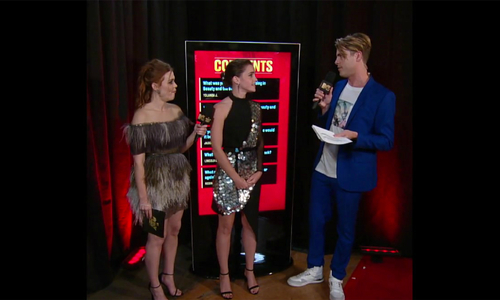