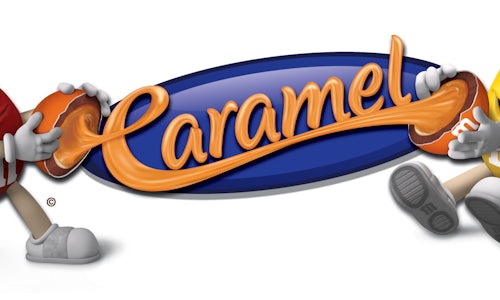 Create an introductory splash for M&M'S Caramel to keep it top of mind with consumers through the end of 2016 and throughout 2017.

We built excitement about this new, unsquared version of caramel by building anticipation with our superfans, reaching out to media with unexpected communications and finally unsquaring another timeless square — Times Square.

To spread the news of the new M&M'S Caramel flavor across the country, the brand aimed to drive mass awareness and purchase of the new flavor through the following tactics. Through the multiple touch points, M&M'S helped America "unsquare" Caramel and drive fan trial of the new products.

Announcement Phase (October 2016): Teased the news of M&M'S Caramel via social and major media outlets such as the "TODAY Show," giving select media a very exclusive first taste of the new flavor.

Pre-Launch Phase: Gave media and influencers a taste of M&M'S Caramel in a creative way before the product became available to the public by sending over 115 designed cellophane wrapped mailer box distributed on April 5, National Caramel Day.

Times Square Launch: At the launch event in Times Square on May 11, we transformed the famous square into an innovative, augmented reality gaming arcade where fans could use their phones to turn static billboards into a fun and interactive vintage arcade game experience. To join the fun, fans simply had to download a free augmented reality app and use it to scan one of the featured billboards in the heart of Times Square to escape into a totally unsquare digital world. The event also featured free samples of the new flavor, more games and prizes and interaction with influencers.

To keep Caramel top of mind for the remainder of 2017, the augmented reality gaming experience was made available to fans nationwide through the free Blippar app on a mobile device.

To date, the program has generated over 392MM traditional media and social impressions. More than 26,000 consumers and passerbys came by Times Square on May 11th to interact with the M&M'S Arcade experience. During and after the M&M'S ARcade event, Influencers iJustine, Josh Leyva, and Kevin Droniak posted 20+ times across social platforms using the hashtag #UnsquareCaramel to raise excitement among their audiences.