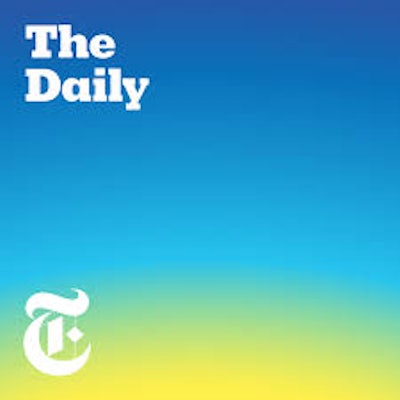 The New York Times began 2017 by expanding into podcasts with The Daily. It caught on quickly, reaching over 100M downloads by October. Host Michael Barbaro interviews Times journalists to hear their thoughts on a story from start to finish, in a concise 20-minute format. Listeners in 2017 learned the backstories of pieces from reporters like White House correspondent Maggie Haberman, as well as Michael S. Schmidt, who broke the story about Bill O’Reilly’s sexual misconduct. In a watershed moment, O’Reilly granted the podcast his first interview after the allegations came to light. At a time when “fake news” is everywhere, The Daily looks at the journalists working to bring real news to light.

The Daily's best work on social