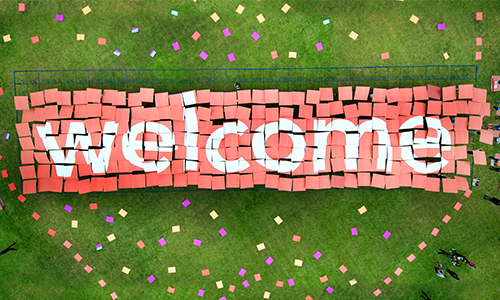 L.A. Welcomes Everyone In a Real-Time Activation

Shortly after President Trump proposed his immigration ban, America was beginning to seem like a most unwelcoming place. Discover Los Angeles wanted to tackle that misperception head-on during this culturally relevant moment in time with a powerful message of inclusion to assure the world that Los Angeles was the welcoming place it's always been.

At the height of the debate, we crafted a simple, yet direct message: "Everyone is Welcome" in the City of Angels. With the help of hundreds of Angelenos, we created a giant, real-time human-powered billboard visible to incoming international flights touching down at LAX. Each volunteer held up a card, all of which came together to spell out "welcome" in four different languages – Mandarin, Arabic, Spanish, and English.

We took the idea of real-time to new heights. We weren't just reacting to the impactful news of the day, we were also reacting to the larger culture of the moment to engage live with inbound flights in real-time in order to define our "Everyone Is Welcome" initiative.

Additionally, we brought this real-time activation to life on social, by sparking a dialogue around #EveryoneIsWelcome, which quickly became a trending topic on Twitter.

Our live campaign united by the hashtag #EveryoneIsWelcome, sparked a cultural movement.

- Our campaign got noticed in real-time on social, sparked by the hashtag #EveryoneIsWelcome, which became a trending topic on Twitter.

- On Instagram, our social posts garnered 644K impressions and over 13K engagements.

- Our campaign was a launching pad for Angelenos to tell their own stories and sense of belonging in L.A. through the hashtag #EveryoneIsWelcome.

- We received press coverage in eleven countries, and 54 news stories were written about the effort. In just 48 hours after the event, we garnered 673K media impressions worth an earned ad value of more than $1MM.

Most importantly, across the country and around the globe, we achieved our goal to let millions of people know that in Los Angeles, #EveryoneIsWelcome.

Video for L.A. Welcomes Everyone In a Real-Time Activation 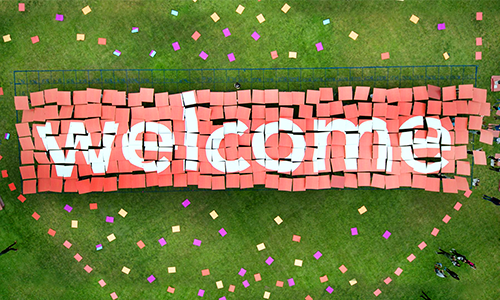 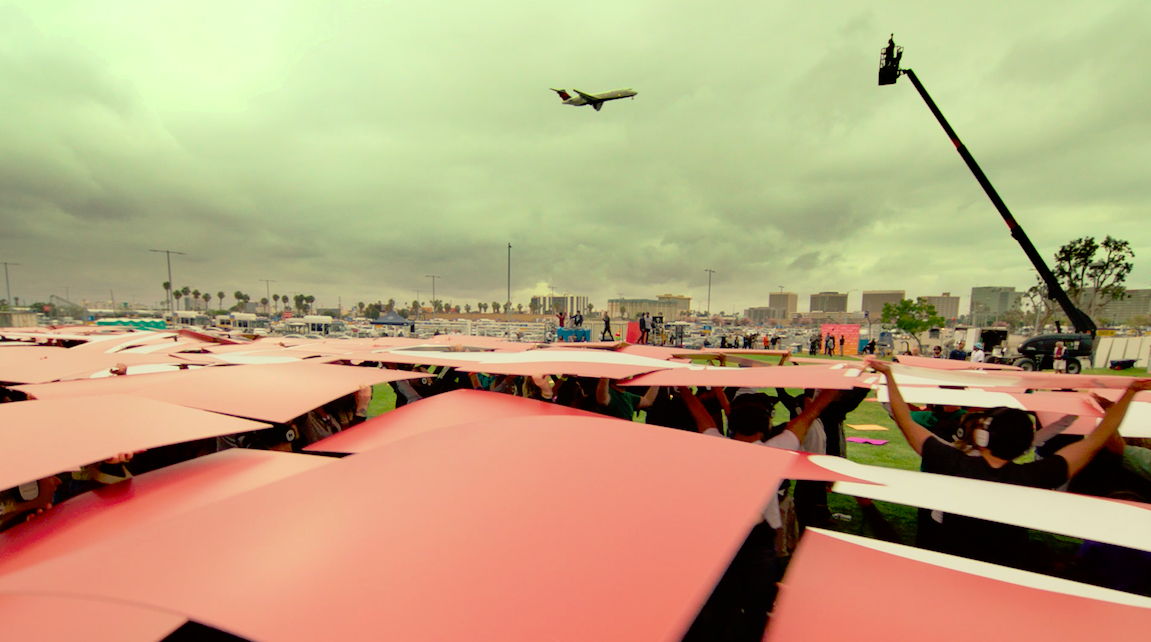 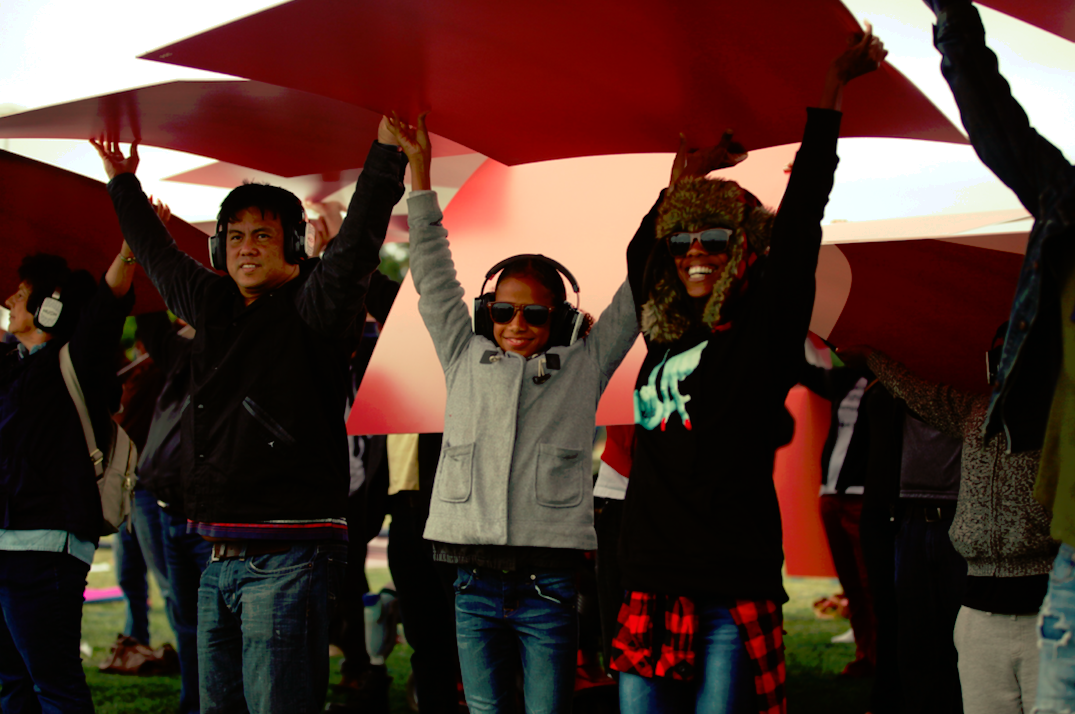 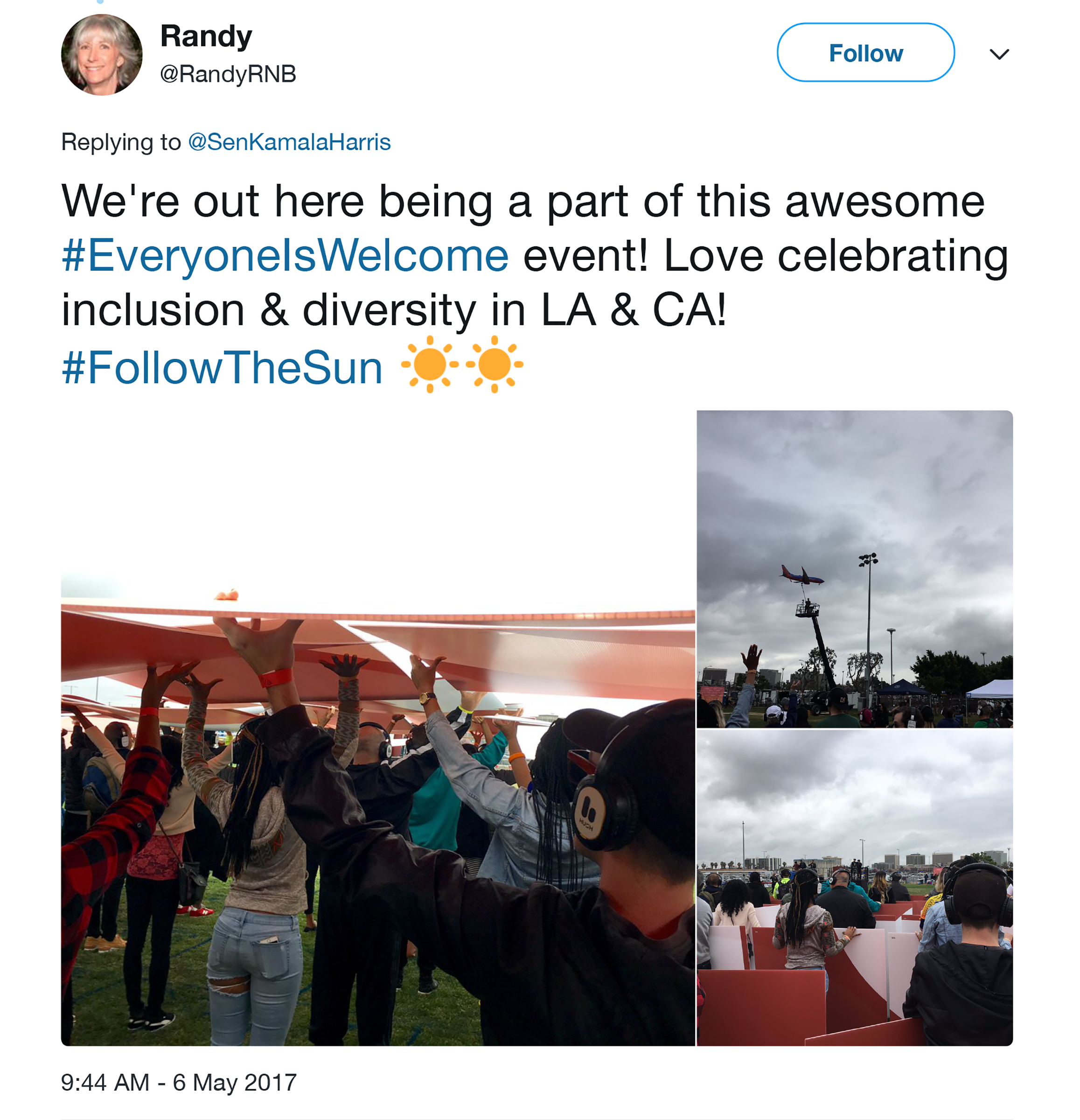 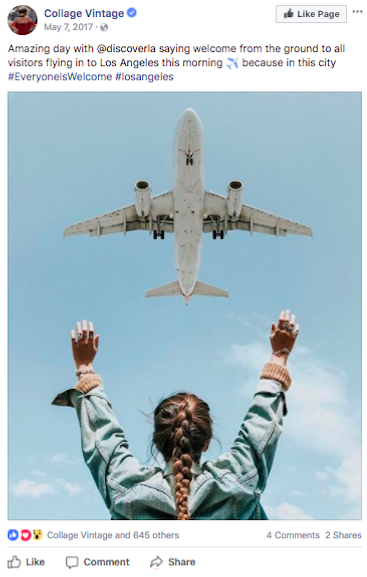 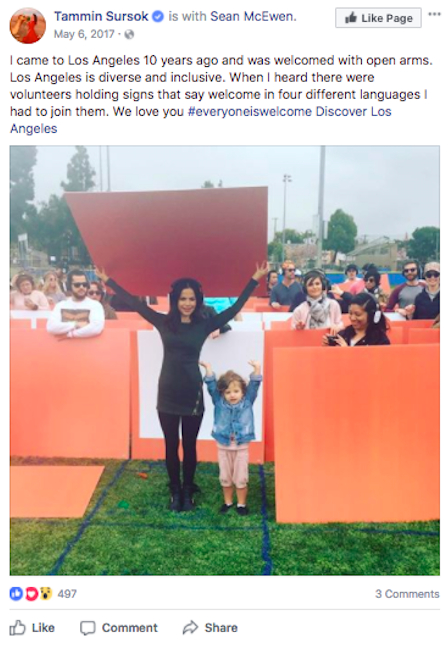 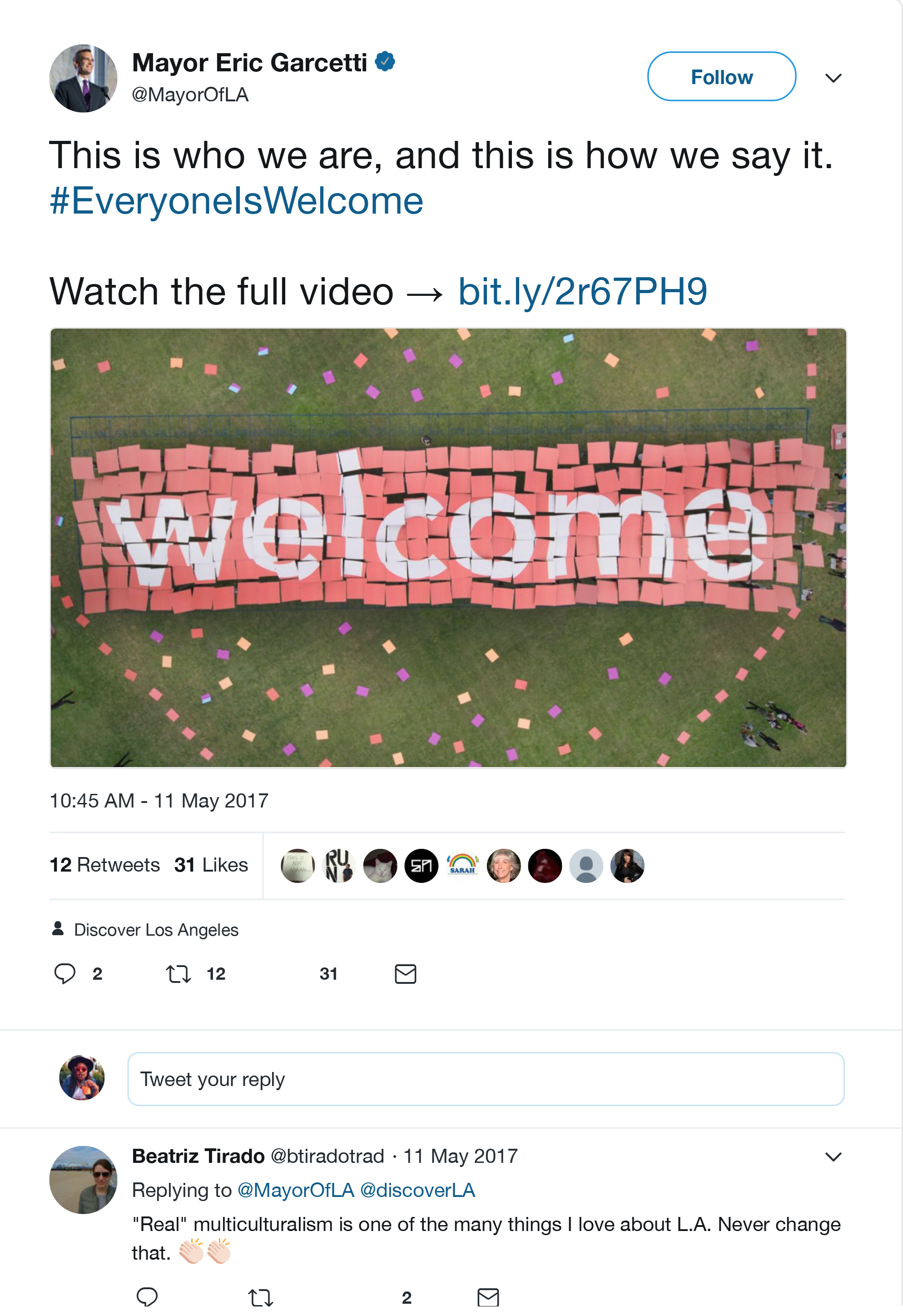 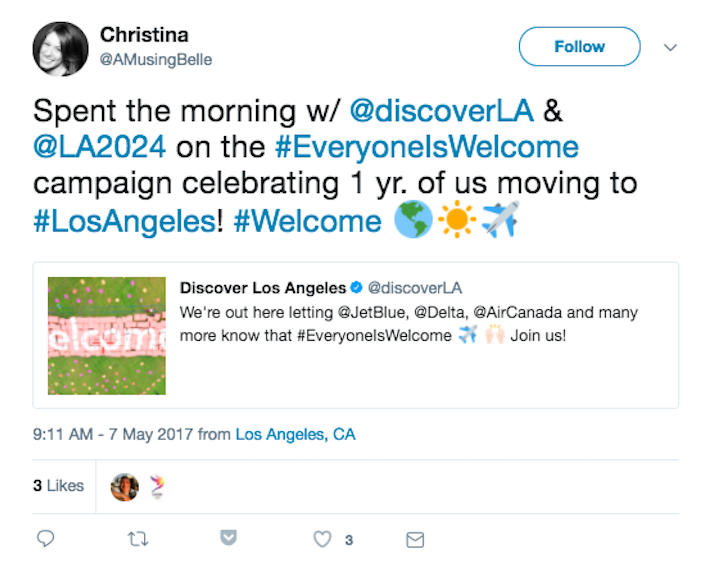 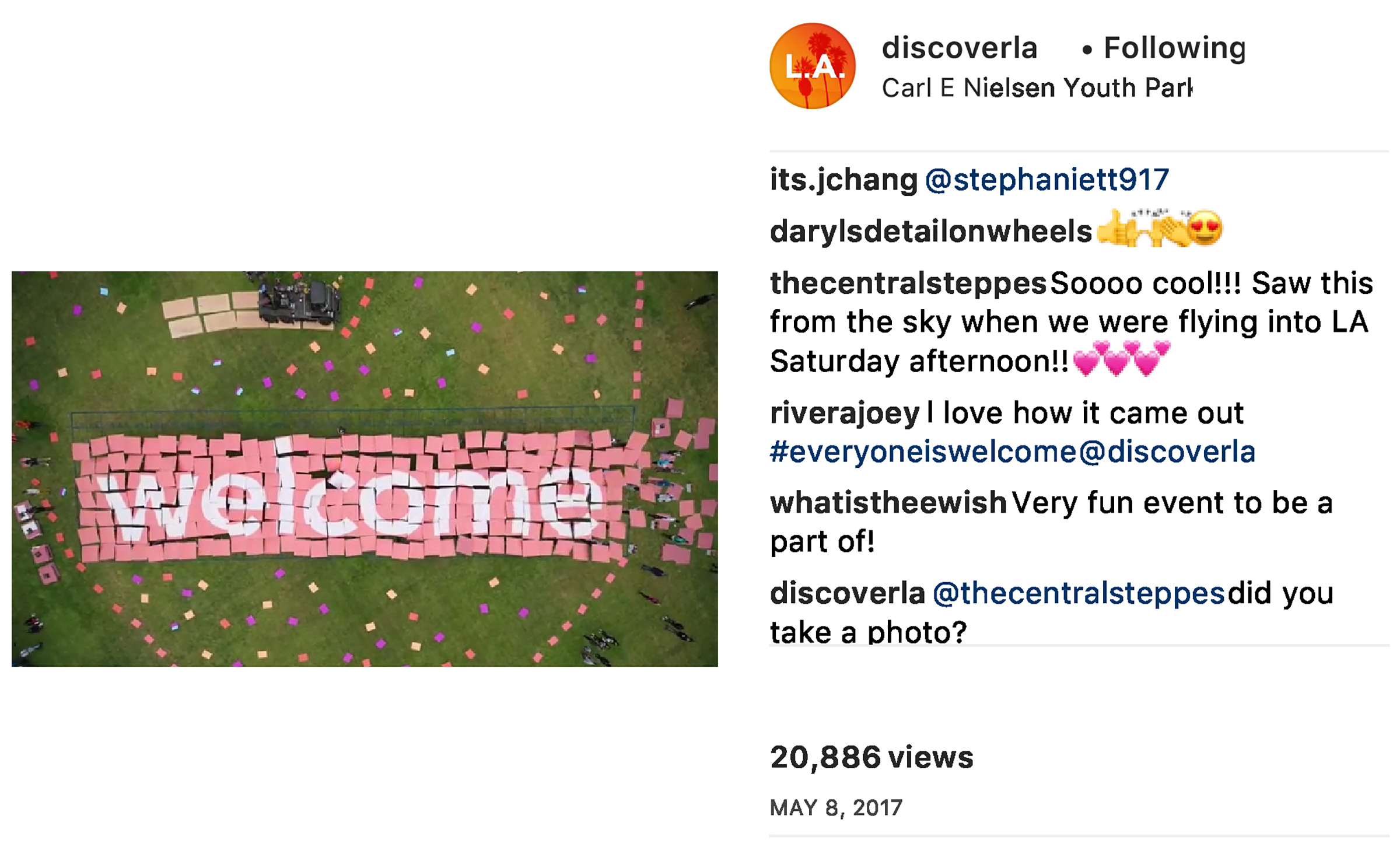