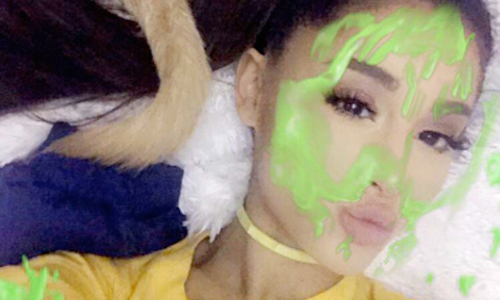 To build buzz, awareness and viewership for the 2017 Nickelodeon Kids' Choice Awards, we partnered with SnapChat on a nationwide sponsored Lens to promote the event. Working with the team at Snapchat, we ideated and developed the lens that would run day-of-show, and an accompanying suite of custom ads for the platform that could build excitement in the lead-up week.

Drive scale with a week-long flight of Snap Ads

Activate celebrities on-site with the Lens and a custom Geofilter

To drive home the connection to the show and our brand, we decided to leverage one of Nickelodeon's most iconic IP in our lens creative: Slime.

To be successful, the Snap Lens needed to accurately reflect Nickelodeon Slime. To achieve the desired effect, we partnered our internal design team with Snapchat's development team to hone and perfect factors like color, viscosity, splatter, and drip. Once we landed on the look and feel of the Slime, we built out custom KCA branding to add to the Lens.

To deliver additional reach, we Slimed Snapchat's iconic ghost to create a custom QR code, that allowed users exclusive access to the code in advance of our national date. Distributed via our social media platforms and in select out-of-home placements (including backstage at the big show, encouraging celebs to use the Lens.)

We deployed all of these in the days leading to the show, delivering one of Snapchat's most successful sponsored campaigns ever.

Our KCA Slime Lens delivered 72MM impressions to 30MM unique users across the country. The Lens generated 40MM "Slimes", 1.6x Snapchat's engagement benchmark. The Lens was even used by Ariana Grande (unprompted), and sent to her legions of loyal fans.

On average, Snapchatters engaged with Nickelodeon's Lens for 12 seconds, 42% higher than Snap's benchmark.

The Geofilter deployed at the event also smashed benchmarks. Delvering a 45% use rate and 11.3MM impressions to 5.4MM unique users on the day of the show – a testament to the level of star power using the filter at the show— and making it the most popular Geofilter in Snapchat history!

Most importantly, kids showed up for the show in a big way, making the 2017 Kids' Choice Awards the #1 kids award show with over 8MM L+SD viewers (P2+) and the first KCA to grow in ratings year over year since 2009! 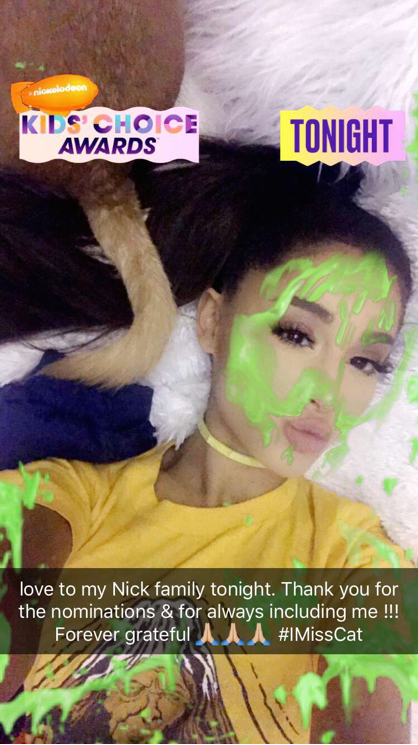