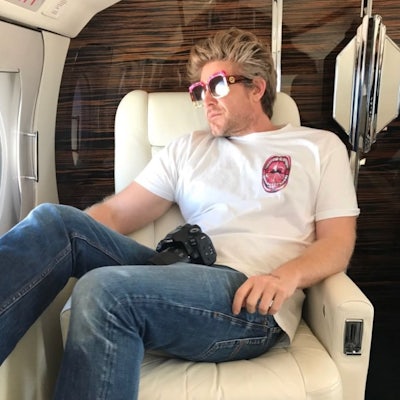 Finalist in Vlogger of the Year

Comedian Jason Nash was a revelation on Vine, but when that platform disappeared at the end of 2016, he needed somewhere to bring his madcap antics. YouTube was where all his friends went—like David Dobrik, who collaborates with Jason in videos and on the podcast VIEWS, which made a big debut in 2017, climbing to #3 on the iTunes charts. So Jason created a YouTube vlogging channel in December 2016 that quickly caught on, ending 2017 with nearly 1M subscribers. Whether Jason is messing around with other popular YouTubers or handcuffing himself to his ex-wife, he is always doing something outlandish and hilarious, like recreating celebrity couple photos with his new girlfriend Trisha Paytas. Looks like things can only go up from here!