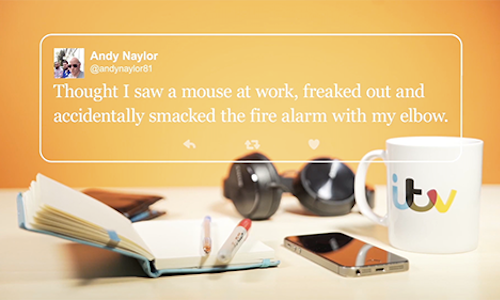 To celebrate reaching 2 million followers on Twitter we wanted to celebrate the people who are most important... the followers themselves. In a time when the internet was a scary place, we wanted to share some love.

This was not about getting retweets or shares, this was showing our fans what's important to us. They make us what we are and we couldn't do it without them so we wanted to show them that we care.

We spent weeks looking through the tweets of our 2 million followers. We picked out tweets they'd written that weren't connected to ITV and we wrote a song with the lyrics made up from the tweets we read.

We then shot a bespoke music video to demonstrate their tweets and hero our fans.
We asked fans if we could use their tweets and on the day that we reached 2 Million followers we launched "1 in 2 Million" day, releasing the video and interacting with our fans, the stars of the song and talent.

The campaign featured in Campaign Live publication and Twitter Moments ran throughout the day to highlight the sentiment we were spreading.

We had a great response and brought our singer in so that we could make everyone feel 1 in 2 million. We wrote live mini songs in real time, recording them and making a bespoke video for each which we tweeted back to our fans.

We chose to put no media spend behind this campaign. We really wanted this to be an organic process of showing our fans that they mean a lot and so didn't want to bombard them with promoted ads. We knew that if we could make them feel special that they would choose to be a part of this day… and they did.

We achieved our aim... we made Twitter a nice place for the day and showed our fans that we couldn't do it without them.

Video for 1 in 2 Million 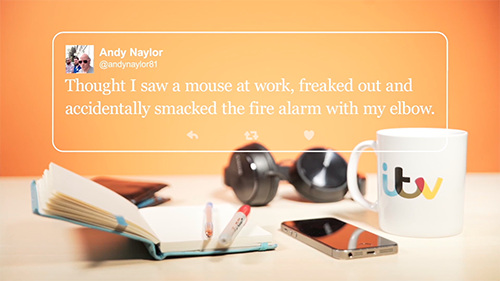