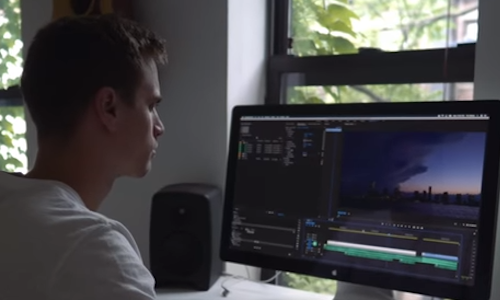 Adobe Inspires Students Beyond The Classroom

To teach students how to use Adobe's Creative Cloud applications to achieve success, and to inspire them with wisdom and guidance from highly influential tastemakers who use the products in their creative and professional lives.

PopShorts kicked off this campaign by partnering with illustrator Josiah Brooks aka Draw with Jazza. He produced a dedicated YouTube video wherein he discussed his passion for Adobe applications and announced the Adobe-sponsored "Emoji As Told By You" contest. Josiah followed this up with a YouTube Live video tutorial that showed students how to create their own emojis using Adobe's Photoshop and Animate products. PopShorts edited and polished this video so it could be natively uploaded to his YouTube channel, where it received extremely positive feedback.

The next phase of the campaign featured filmmaker and social media star Jordan Taylor Wright. Jordan created an engaging, instructional YouTube tutorial that showed students how to utilize Adobe editing applications like Lightroom and Premiere to produce stunning travel content. This video concluded with an inspiring short film, and was amplified with customized video and photo content on his Instagram and Twitter profiles.

Next, PopShorts enlisted social media influencer Sara Dietschy, who attended the Adobe-sponsored Tribeca Film Festival in New York. Sara used Instagram Stories to document an action-packed day at the event that included attending panels with stars like Lena Dunham, and speaking with filmmakers and Adobe representatives. Sara also filmed a vlog-style video during the festival that was uploaded to her YouTube channel. PopShorts further amplified this content with photo posts on Sara's Instagram and Twitter profiles.

To inform students about the Adobe Design Achievement Awards, PopShorts worked with filmmaker Tim Kellner to produce a video that outlined his creative journey. This moving short film outlined his rise from a shy kid growing up in the woods of the Northeast to a successful, New York-based filmmaker. Tim, a lifelong Adobe user, spoke passionately about the impact products like Premiere and After Effects have had on his life.

The campaign concluded with a rousing video from entrepreneur and platinum-selling recording artist Kevin Jonas. Kevin focused on what it means to be an empowered creator. He encouraged students to take it upon themselves to learn new skills, from playing the guitar to using Adobe products to create stunning content. PopShorts then customized these videos for Instagram and Twitter so that Kevin could post them to both platforms.

Through the use of highly-influential creators, who authentically use Adobe's products in their daily lives, this campaign was able to deliver aspirational and informational content that reached more than 13.6 million people.

This multi-faceted, cross-platform campaign for Adobe Students was extremely successful. Through the use of in-depth social data, we were able to confirm that more than 85% of all the users reached were within the targeted demographics.

Without the use of paid media, the PopShorts team was able to boost awareness around a variety of different Adobe products, services, and events. All of the content was exceptionally well-produced, and every campaign objective was exceeded with 150% of our video views goal and 170% of our engagement goal being achieved.

Video for Adobe Inspires Students Beyond The Classroom 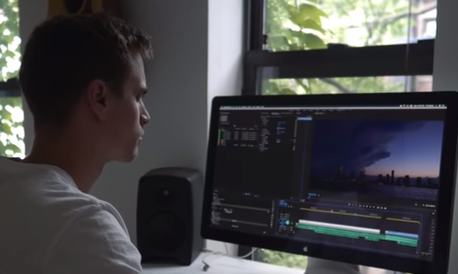