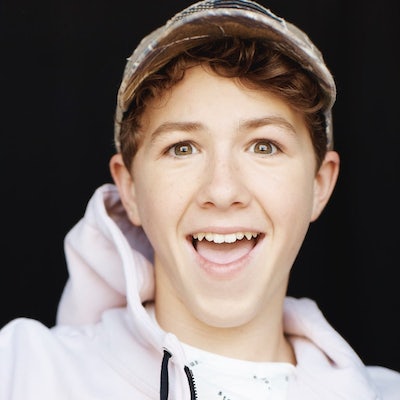 Though he received the nickname “weedwacker” back in kindergarten, it may be more relevant for Ethan Wacker now than ever before, because this kid is everywhere and can’t be stopped! As if playing the one of the main characters on the hit Disney show Bizaardvark wasn’t enough to occupy his time, Ethan consistently posts vlogs on YouTube, where his 260K+ subscribers watch him on set, at home, or hanging out with friends. Recently, the young actor hit the hardwood, getting the chance to practice with both the Golden State Warriors and Boston Celtics—even getting dunked on in the process! He also frequently appears in vlogs with his former Bizaardvark star Jake Paul, where people can see one of the strongest bromances on the internet.