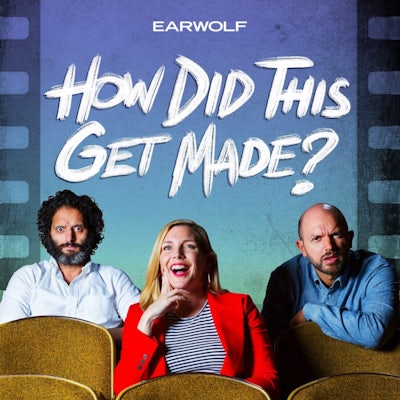 How Did This Get Made

About How Did This Get Made

Fans of the Earwolf network’s popular How Did This Get Made podcast share their love for movies so-bad-they’re-good with hosts June Diane Raphael, her husband Paul Scheer, and Jason Mantzoukas—three of the most recognizable faces in comedy. The trio has been deconstructing cult classics with reverence and glee since 2010. It was a 2011 profile of The Room that lead to their roles this year in James Franco’s The Disaster Artist, which told the story of the famously bad flick. Whether they’re discussing late-night cable favorites from the ‘80s and ‘90s like The Last Dragon or dissecting The Fate of the Furious with comedian friend Adam Scott, their tens of thousands of social fans can’t keep from laughing.

How Did This Get Made's best work on social

Share How Did This Get Made's Shorty Awards page