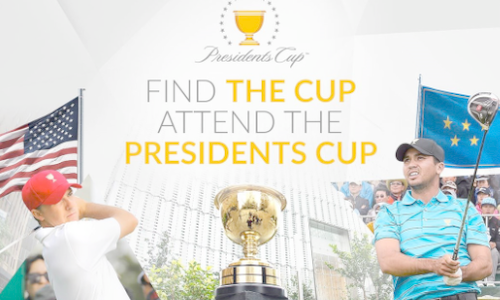 The objective of Golf Channel's Presidents Cup Scavenger hunt was to create buzz, both local and national, around the Presidents Cup, the biennial men's professional golf match play tournament between a team representing the United States and a team (Internationals) representing the rest of the world minus Europe. The 2017 competition took place at Liberty National Golf Course outside of New York City.

Conducted a scavenger hunt in New York City on Tuesday, September 26. Consumers were challenged with video clues, distributed through Golf Channel, PGA TOUR, talent and the venues themselves to find larger-than-life replicas of the Presidents Cup scattered throughout the city. Grand Prize: Tickets to 2019 Presidents Cup in Australia.

1. New York Experience (In-Person): Fans were asked to follow Golf Channel's social media (Facebook, Twitter & Instagram) for video clues to different locations (see below) around New York City. Fans would then solve each clue to find larger than life replicas of the Presidents Cup or even the real thing. At each location, fans took a photo of themselves with the Cup and posted using hashtag #PresCupSweepstakes to enter sweepstakes to win tickets to 2017 Presidents Cup at Liberty National in New Jersey later that week, as well as Grand Prize. Each location offered an additional chance to take a photo and enter to win – six locations total.

The Golf Club at Chelsea Pier

The Shop at NBC Studios

2. National/Digital Experience: To reach followers on a national level, we incorporated a digital version of the Scavenger Hunt. Entrants still followed the clues on social and/or GolfChannel.com but instead of finding the locations in NYC, they typed in their answers on the sweepstakes landing page. Digital entrants were not entered for tickets to the 2017 Presidents Cup since we didn't offer travel – but they did receive Golf Channel gear instead, and were entered to win Grand Prize trip.

Overall the in-person NYC experience was a great success: In only one day (12 hours), hundreds of people participated in the local activation. This success was seen in an even greater degree in the Digital Experience, which received over 50K page views (nearly all unique), resulting in 4K total entries across all six clues combined. Incrementally, nearly 1K new email address were captured to add to the Golf Channel email database.

Of particular note, the social media clues posted across Golf Channel social platforms were also strong drivers of engagement, as they achieved reach of over 684K total fans, which resulted in nearly 185K total engagements. 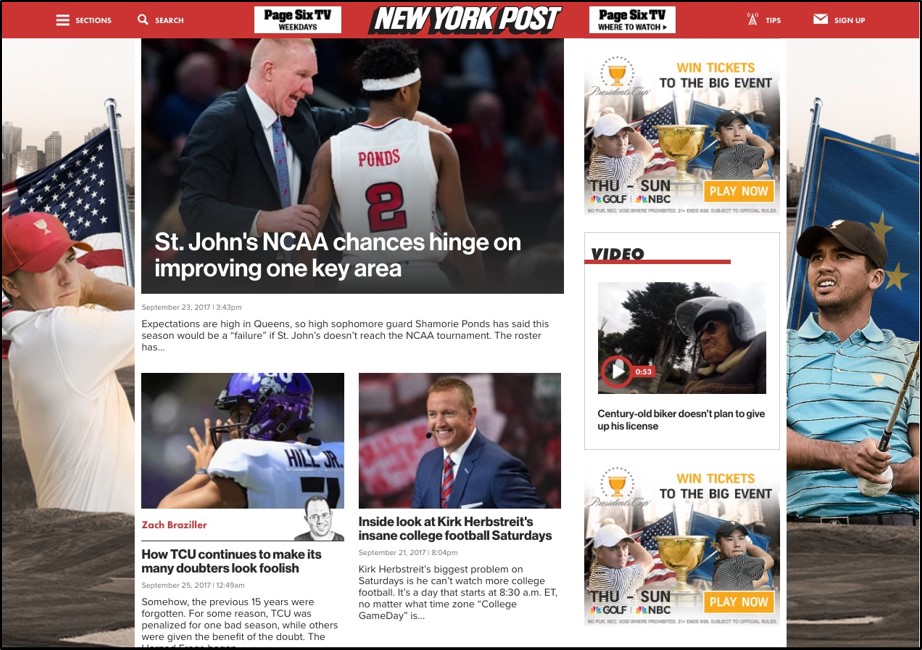 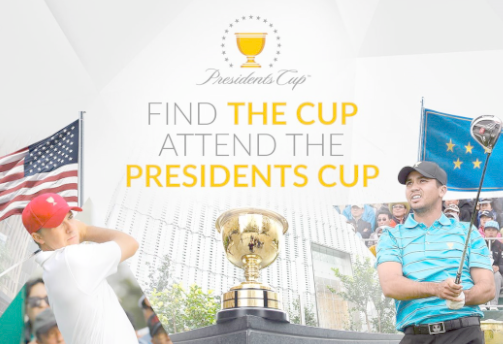 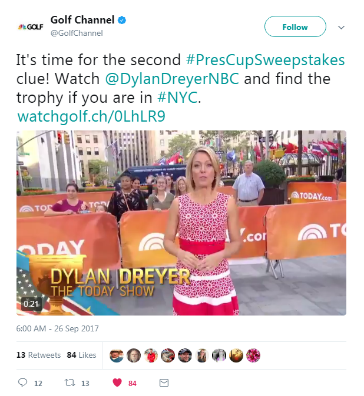 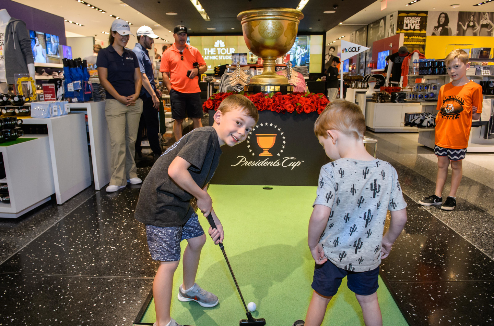 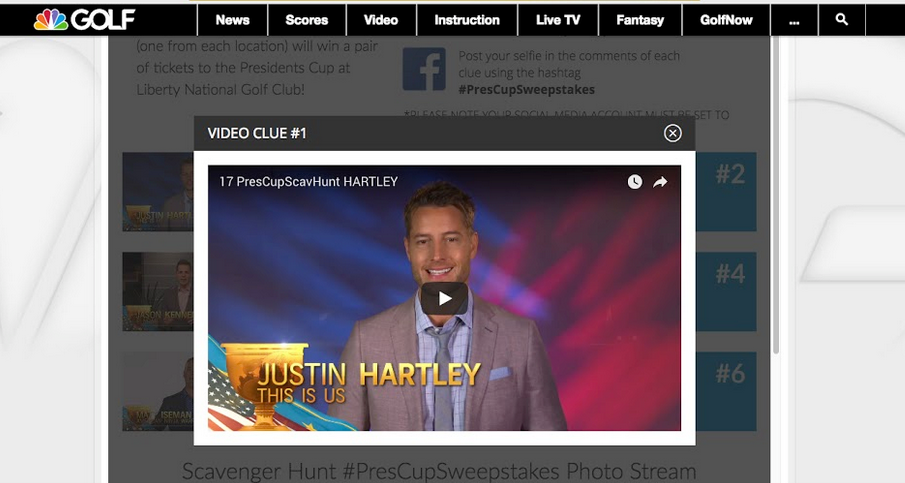