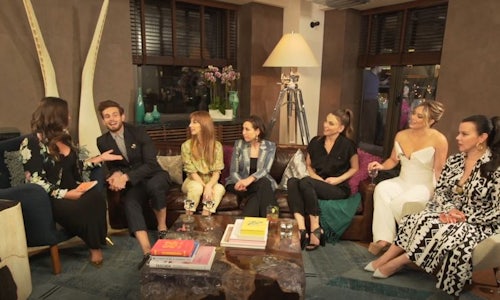 "Younger" fans' number one complaint about the show is that they want more of it! We set out to give them what they wanted by launching a weekly after-show on Facebook Live, giving fans an extra half hour of content focused on their favorite show.

"Younger's" first-ever after show, "Getting Younger," featured host, radio personality and "Younger" fan, Taylor Strecker, welcoming different guests each week to dish about the show, live from the Graybar in New York City. Viewer participation was encouraged and incorporated into the fun as cast members, writers and super fans stopped by to talk about episodes, speculate on where storylines were headed, and share unique insights into the show.

The premiere episode featuring the cast reached 598K fans with 184K views. "Getting Younger" kept fans engaged week after week on Facebook Live, helping season 4 become "Younger's" highest rated and most-watched season ever, with social engagements growing 74% over the previous season. Not only did we deliver more "Younger" content to our fans, but we were also able to monetize the show through sponsor integrations.