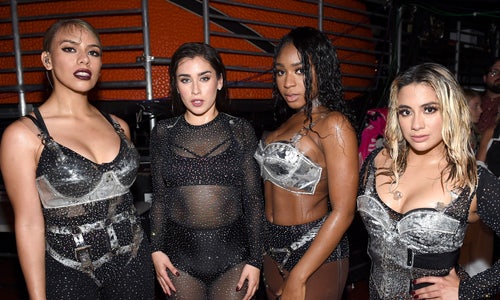 After several years of working extensively with 360 video format, the team felt strongly about moving beyond performance captures and show moments for our tentpole events. Our end game was to work closely with celebrity talent, tell a compelling story in documentary format, and fully utilize the 360 environment for a truly immersive viewing experience.

It was important for us to capture an authentic and engaging narrative that was complementary to the overall VMA universe, and to push our own boundaries of how we use the technology. Our hope was to work closely with VMA talent to deliver a documentary-style short-form piece that resonated with our audience. With the help of our Music & Talent team, we were able to secure Fifth Harmony as our featured talent and shadow them through rehearsals for their first-ever VMA performance. Because it was also their first award show performance since the departure of Camila Cabello, the stakes were unusually high. Using hours of footage, our producers weaved together a short doc that felt intimate, emotional and genuine. And visually, profiling a group was naturally more conducive to filling the 360 space with explorable surroundings.

Once 5H's live performance was in the books, the team dedicated themselves to turning around a finished product within days, with intent to launch while VMA conversation was still relevant and leveraging excitement of Fifth Harmony's just-released studio album. We partnered with Epic Records to use Fifth Harmony's "stream to unlock" campaign as a launching pad, which challenged fans to listen to their new album to unleash exclusive content. Once fans unlocked the 'mystery content,' the doc was cross-posted on MTV and Fifth Harmony's official Facebook pages, garnering immediate attention and engagement.

Once the video was launched on Facebook, it gained 500k streams in under 3 hours and 1.5M streams in less than 24 hours, with an eventual reach of 11M+. Current stream count across platforms is 4.5M.

Importantly for us, this served as a successful creative experiment that blended storytelling within a new medium, celebrity-driven content, and pushing the boundaries of our expected use of 360 video.

Video for Fifth Harmony: Road To The VMAs in 360° 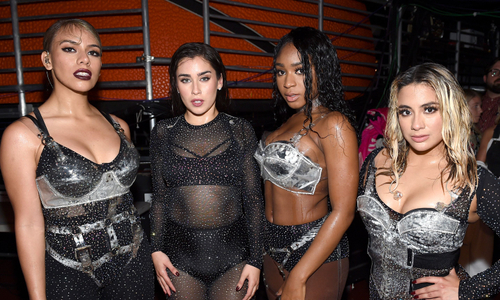