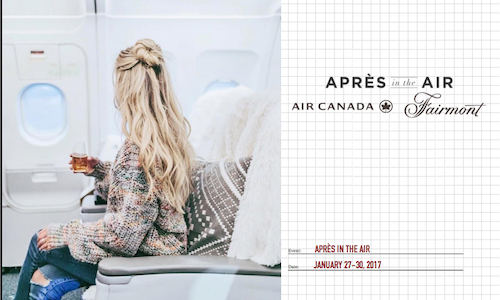 Fairmont’s Après in the Air Campaign

The objective of the Après in the Air campaign was to leverage Canada's 150th birthday to create major buzz and drive widespread awareness around the Fairmont Hotels & Resorts brand across North America.

To achieve this, we partnered with Air Canada to host a group of highly-targeted, prominent influencers and press for an over-the-top, once-in-a-lifetime experience that would shine a spotlight on our legendary brand and properties, as well as generate interest in Canada as a top travel destination.

Success would be measured against the following trackable, awareness-based goals:

As a luxury brand, Fairmont cultivates an affluent audience more likely to be motivated by extraordinary experiences and epic destinations than by price points. In order to resonate with Fairmont's demographic and achieve our marketing objectives of driving "major buzz" and "widespread awareness," we needed to create a uniquely Canadian, unforgettable luxury travel experience, and then share that experience with as broad an audience as possible.

This was the inspiration for Après in the Air. Fairmont Hotels & Resorts partnered with Air Canada to bring to create the world's first 'après ski' experience at 30,000 feet for 34 top influencers, worldwide media and loyalty members in celebration of Canada's 150th birthday.

Our VIP guests were transported on a private jet, which had been transformed into a rich, cozy Fairmont-inspired ski chalet, complete with plush décor, live acoustic music performances, Canadian wine & cheese tastings and Roots VIP gifting.

The message was simple: Fairmont Hotels & Resorts is a gateway to extraordinary, distinctly Canadian travel experiences at our luxurious destinations across the country. This message resonated stronger still because it was broadcast, not by us, but through trusted third-party influencers and media.

Through the eyes of our influencers, we were able to show how Fairmont Hotels & Resorts goes the extra mile to create truly memorable experiences for our guests. From the Canadian-themed flight, custom designed to resemble a ski chalet, to our iconic Canadian destinations and the adventures waiting at every stop, each moment was incredibly special and unique.

Our 13 top US & Canadian influencers, handpicked for their focus on luxury travel, blogged, vlogged and shared the experience though their social media channels, reaching over 2 million followers. One of our special VIP guests was native Canadian Kaitlyn Bristowe, star of the 11th season of television's The Bachelorette, who also shared the experience with her 1.5+ million followers – helping us reach readers of entertainment media, a previously untapped market for the brand.

It was also extensively covered the by our top-tier national travel and lifestyle media, including: Blackbook, ELLE, Departures, Town & Country, Travel + Leisure, Architectural Digest, DuJour and other earned media. We amplified the reach even further by promoting the campaign through our own social media channels.

Following the trip, our audience was invited to experience the once-in-a-lifetime journey for themselves through two bookable guest packages: Après in the Air & Travel North, promoted via PR and social media, leveraging the extensive photography and videography captured over the weekend.

Après in the Air was a huge success, vastly exceeding all expectations and generating a huge amount of interest in the Fairmont brand, our Canadian destinations and longstanding presence in Canada.

- Includes 168 Million from US & Canadian Newswire distribution, not included in press impressions below

Over 32.9 Million impressions via influencers, exceeding goal by 64.5%

- Positive feedback across all channels

Over 700 Million impressions via press, exceeding goal by 75%

Video for Fairmont’s Après in the Air Campaign 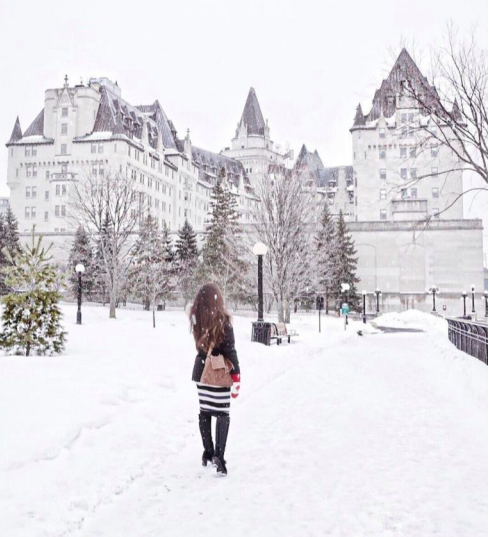 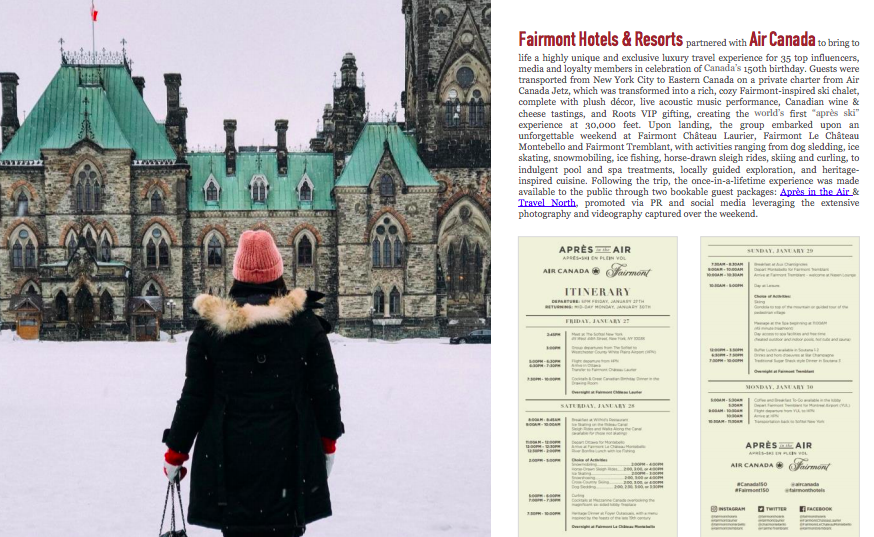 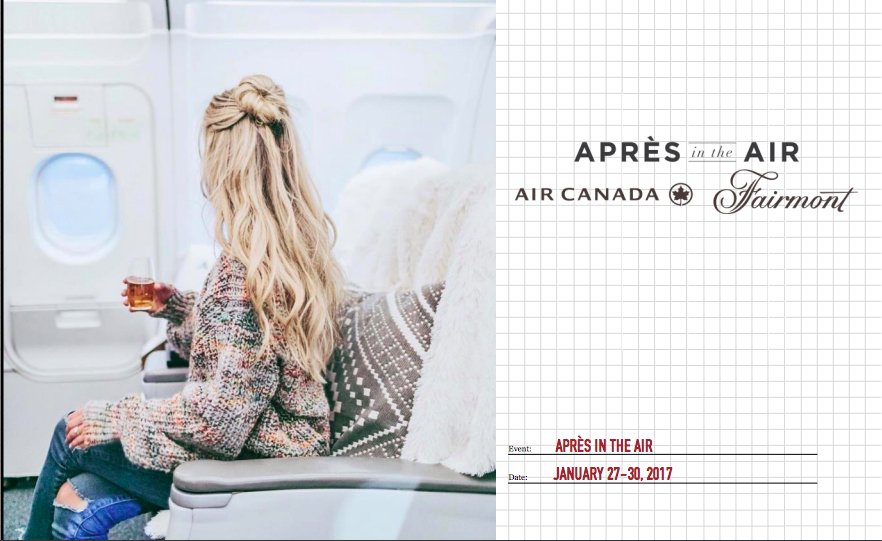 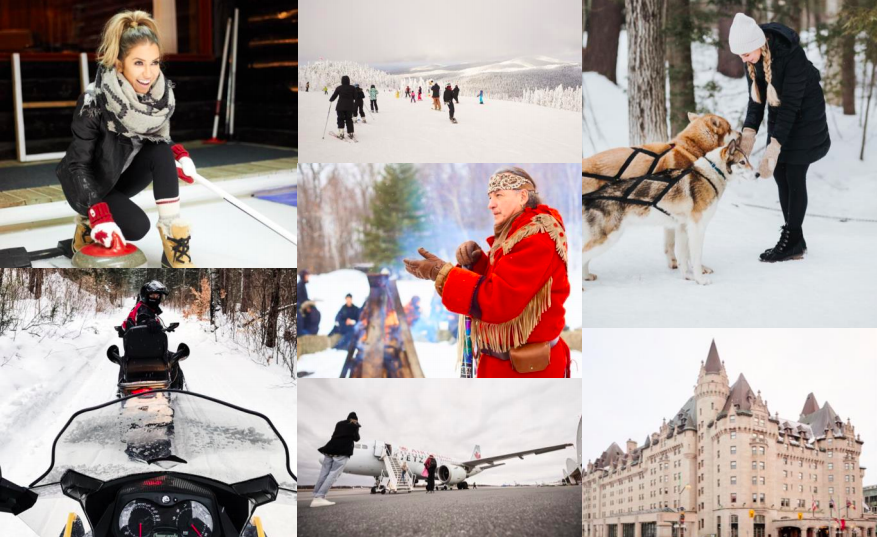