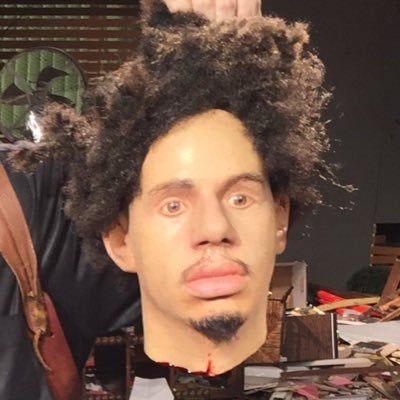 He’s @ericfuckingandre according to his Instagram account, where he’s cultivated nearly a million followers with pictures like his outrageous Cardi B Halloween costume this year. With Eric Andre, you never know what to expect—he might be seriously commenting on politics or posting hilarious throwback pictures from his childhood. Whatever he’s doing, it’s overflowing with his absurd humor. His 300K+ Twitter fans never know whether they’ll get a random brunch concept he cooked up (“Planet of the Crepes”), or a series of fake Taylor Swift controversies. The 5th (and possibly final) season of The Eric Andre Show, his low-budget talk show spoof, will air on Adult Swim in 2018, offering cringeworthy and hilarious interviews next to his sidekick, popular comedian Hannibal Buress.