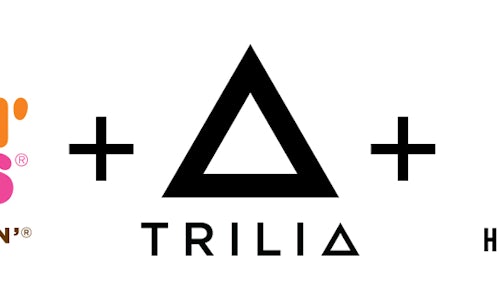 In 2017, Dunkin Donuts, Hill Holliday, and Trilia set off to own National Donut Day by launching a series of first to market technologies, dominate social media and increase restaurant sales as a result.

To launch the campaign, we partnered with new and existing technology platforms to engage our core audience. Dunkin' used conversational technology to engage consumers with conversation. In order to do so, Dunkin' was the first brand to integrate with Microsoft chatbot Zo on Facebook Messenger where users discovered, through AI, what kind of donut matches their personality. Dunkin Donuts was also first to launch real-time video stickers on messaging app Kik. Dunkin' then provided fans with GIFS and emoji to make their donut day mobile messages even sweeter...with hundreds of thousands of images sent. On Waze, high-impact takeovers encouraged drivers to travel to their nearest Dunkin' Donuts restaurant with a new, first of its kind, donut location pin. And, for the first time ever, Dunkin' restaurants displayed trending donut conversation from Twitter & Instagram users on menu boards nationwide. On Snapchat, users turned themselves into talking donuts, nearly 2 million times, through a "super fun" Dunkin' Donuts selfie lens, which was seen by over 14 million people. Collab helped grow awareness of National Donut Day and the Snapchat Filters through influencer content across Instagram and a Dunkin' Donuts Snapchat Handle Takeover reaching over 5.9 million followers. Customers also shared their National Donut Day in-store moments with a special branded geofilter. Finally, by monitoring the real-time stream of social media mentions, members of Dunkin's culinary team, in partnership with Hill Holliday creatives, responded to fans, one to one, with personalized "pastry" content.

Dunkin' crushed its competition with the highest social media share of voice making it the brand's most engaging National Donut Day in history, with over six and a half million engagements with Dunkin' branded content. This was the sixth highest day of restaurant foot traffic...ever…translating to the most beverage sales...of all time. And the press took notice...with over a thousand placements resulting in over 2 billion national media impressions.