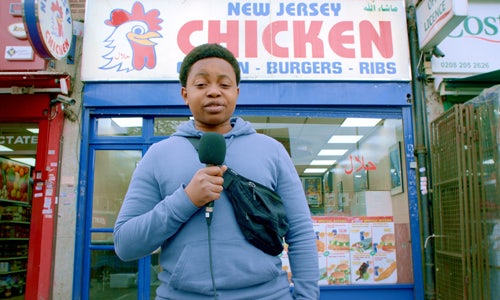 The Samsung Galaxy S8 was the big android mobile phone release of 2017.

Carphone Warehouse wanted to be a major front-runner in the Samsung Galaxy S8 conversation, reach a mainstream audience beyond tech and increase positive sentiment for their brand. This is what we set out to do.

Being so hotly anticipated, we knew the S8 deserved something special and different to promote and celebrate its launch. We also knew the tried and tested mobile phone review format was tired and wouldn't get a mumble of chatter. Our goal was to shake up the world of mobile phone reviews and create a story that would grab the attention of hard to reach millennials – getting them buzzing, talking and sharing.

At the heart of our strategy is our promise to Carphone Warehouse to help them "do smartphone reviews differently". To promote the Samsung Galaxy S8 launch, we took different to a new level and created a review unlike any review, ever seen before.

The tech world was buzzing about the impending S8 release but instead of adding to the conversation, we decided to create our own new conversations, with a wider mainstream audience. Our aim was to make sure Carphone Warehouse stood out from the crowd and didn't get lost in all the hundreds of tech/retail reviews.

We focused our attention on a much larger group of people, particularly between the ages of 18-34. The hard to reach millennials.

2017 saw more phones being released to the UK market than in any other year previously. Despite this consumer interest, searching for phone tech reviews was declining, by over 25% in the last 5 years. We knew we had to do something different to avoid the launch being lost in the noise.

We partnered with the man himself, London's Chicken Connoisseur, Elijah Quashie, famous for reviewing chicken shops around London on YouTube. With an audience made up of millennials, he was the perfect choice to produce the world's first smartphone review in a chicken shop.

We worked closely with Elijah to create a script and treatment for a one-of-a kind review that would stay true to his style, whilst faithfully showcasing the product's features.

We found the perfect location for the shoot, New Jersey Chicken in Colindale, London. The Connoisseur showcased the S8's iris scanning unlock feature, HDR screen, and Google's personal assistant, asking "Google – how much is chicken?". He heroed the 12mb camera's ability to take the crispest fried chicken pics. He even tested the S8's waterproof casing with a combo of ketchup and mayo to demonstrate just how liquid-proof it really is.

The video was released on Carphone Warehouse's Facebook and Chicken Connoisseur's social channels.

Targeted paid ads on Facebook drove further awareness among prospective buyers and ensured that the video was seen by an audience far beyond Carphone Warehouse's core base.

The content was then further amplified across Channel 4OD, featuring in ad breaks in audience-relevant TV shows, and via PR across tech, lifestyle and news sites.

The video received over 5M views, with over 40% organic views. 70% of viewers were 18-34 years old. News of the collaboration spread far and wide, with coverage from Yahoo News, The Drum, The Irish News, GRM, Engadget and others. The campaign contributed to 43% more pre-orders than the S7, released the year before.

43% uplift in pre-orders (compared to the Samsung Galaxy S7)

Cost per completed view was more than 2x lower than benchmark 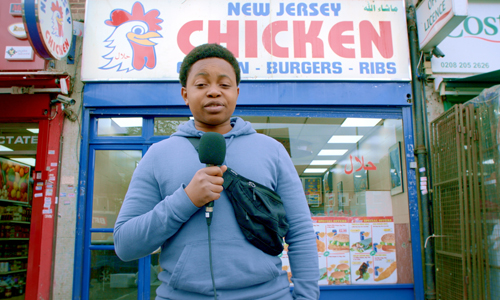