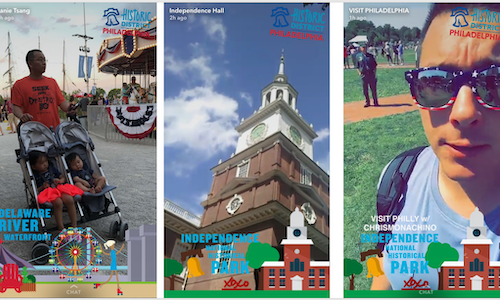 Beyond the Bell and Hall: Using Snapchat Filters to Expand Philly’s Historic District

Over the years, VISIT PHILADELPHIA—known to social media fans and followers as Visit Philly—has made a name for itself as a social media pioneer, leading the destination marketing industry into new platforms. So when Visit Philly was tasked with branding one of the oldest and most historic districts in the U.S., we relied on an innovative new tool, Snapchat.

Visit Philly saw this as an opportunity to:

- Drive visitation to the Historic District

Philadelphia's Historic District is home to iconic attractions,such as the Liberty Bell and Independence Hall, but it's also the location of dozens of buzzed-about restaurants, bars and shops. What better way to engage the entire district—beyond the Bell and Hall—than by calling on visitors and residents to showcase their real experiences?

Our creative team developed four"collectible" frames that were stationed throughout the four neighborhoods of the district, all with our "Historic District" branding. For instance, someone could take a snap at Independence Beer Garden and use the "Old City" frame and then, after walking to the waterfront within the District, use the "Delaware River Waterfront" frame from the roller rink.

By adding our Historic District branding to their user-generated content and sending it to their closest friends and family, our Snapchat fans were creating mini-ads on our behalf. Their fun-loving videos of Ferris wheel rides on the waterfront and outdoor art displays in Society Hill were now linked to the brand in an authentic way that resonated with their audiences. In this regard, our social media followers became influencers in their own right.

Throughout the process, we used SnapMap as a social-listening tool to track the posts coming in from the district. We were able to screengrab and tweet out these posts, restating the message that there's "so much more to see and do in #historicphilly."

Our Snapchat geofilters were a huge success in 2017:

- If each filter view is considered an "ad impression," we achieved a cost per view of less than one cent ($0.007).

- Our most impressive stat? Through our annual social media survey, we learned that 60% of our social media followers visited an Historic District site or attraction—this up from 49% in 2016, before we launched the Snapchat filters. 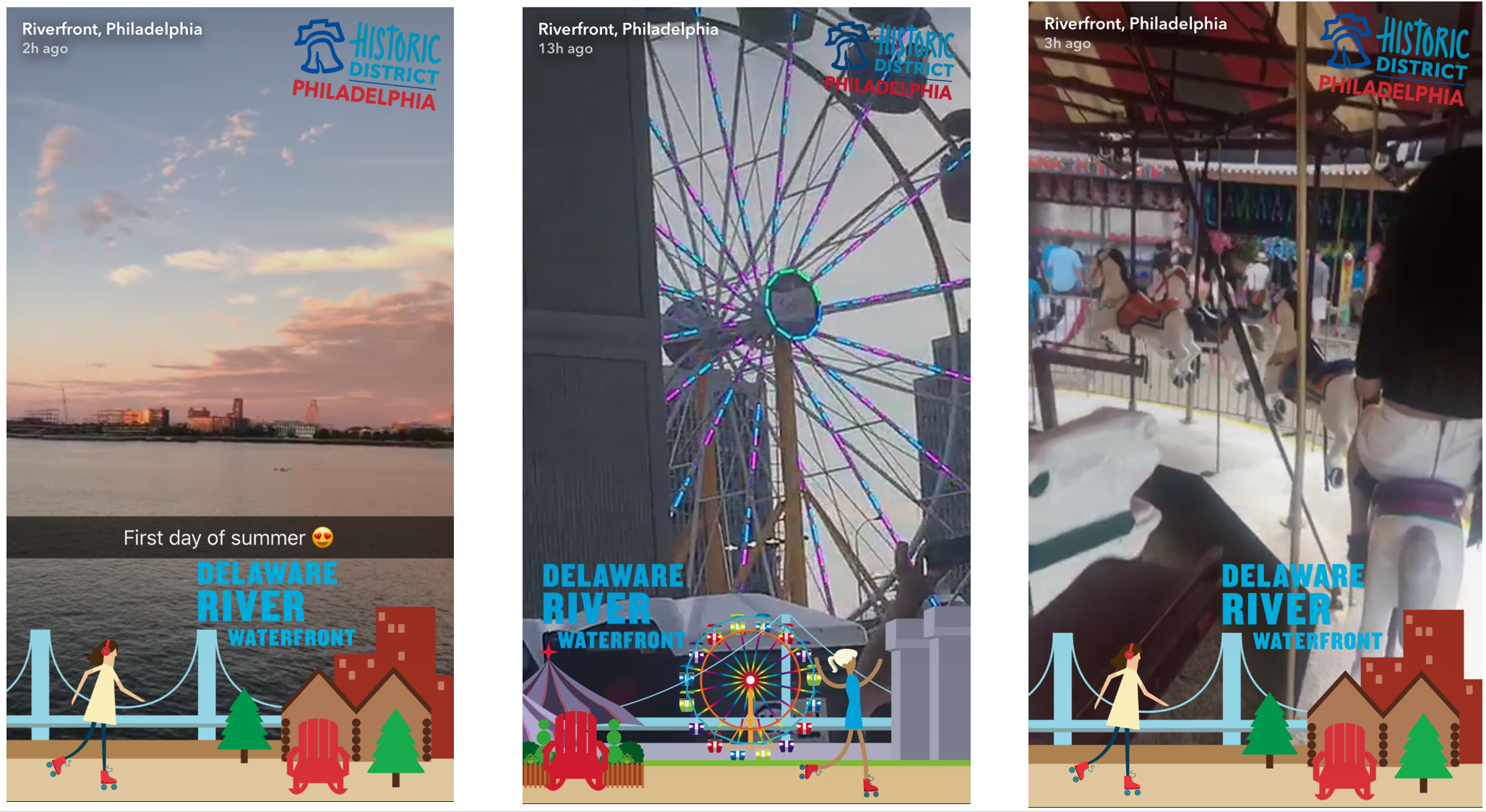 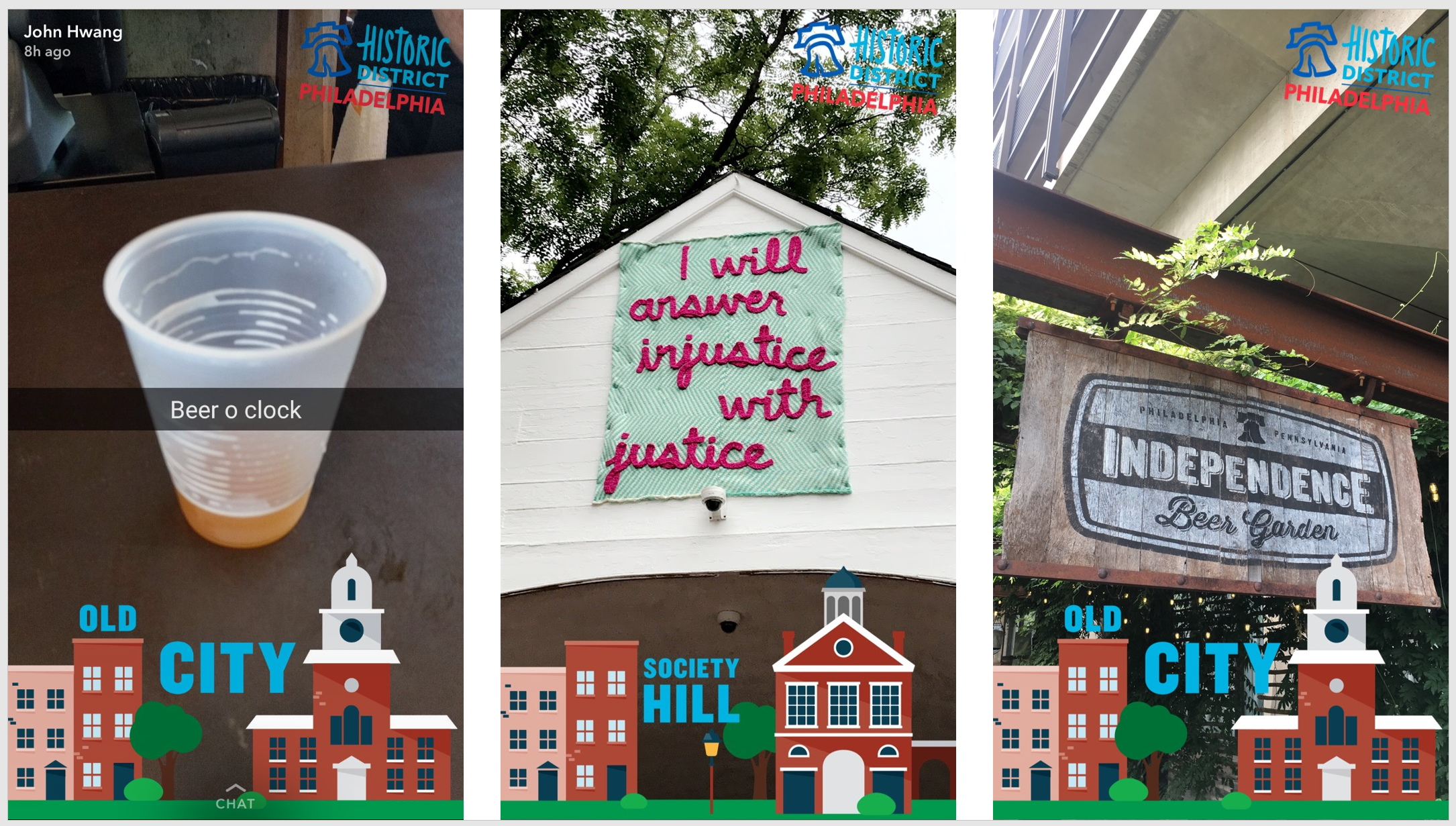 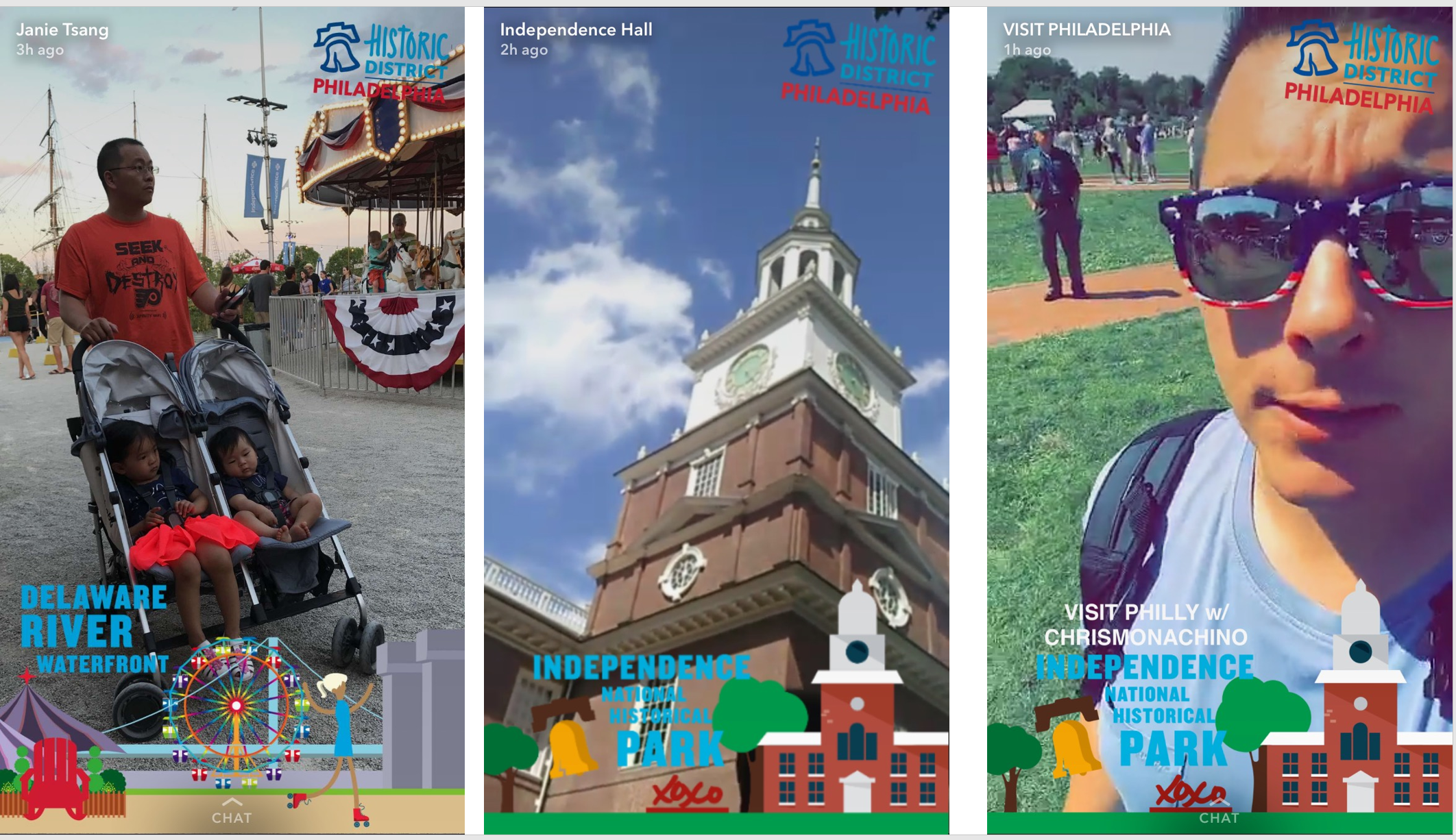 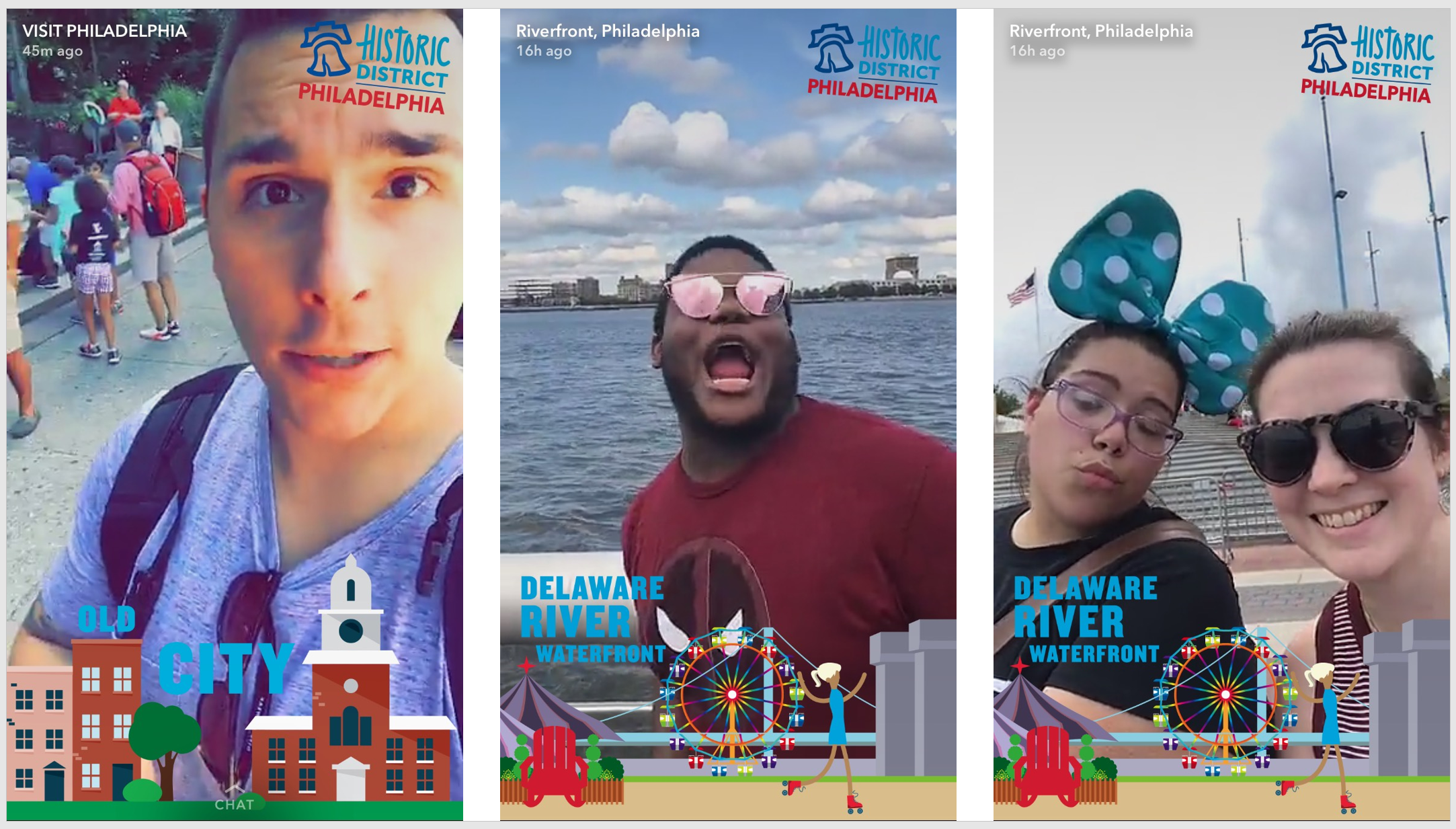