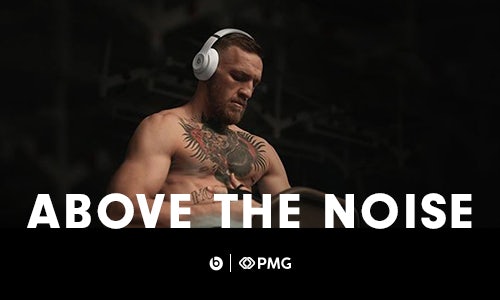 One of the biggest sporting events in recent history was a boxing spectacle featuring arguably the sport's all-time greatest, against a boxing rookie. Everyone — from fans to press to sponsors — had something to say about Conor McGregor vs. Floyd Mayweather before their historic fight. The challenge for Beats by Dre, which has made its name in recent years from successfully tying itself to major sports events, was to elevate the brand to mainstream consciousness despite not being a fight sponsor.

McGregor's story was a classic hip-hop story of humble beginnings to having the brash ambition to do things that no one else believed you could. Telling that story was Beats' strategy to rise above the noise surrounding the fight.

That story would form the basis of the campaign's communications plan to own key moments during the week of the fight as well as fight night itself, and the effort to drive earned media through social and PR.

On the creative front, Beats developed a film called "Dedicated," featuring a 13-year-old Irish boy, Liam, walking to a boxing gym for a fight. Like his hero, Liam came from modest means, but had faith in himself, and carried the hopes of his crew, against a bigger opponent. Set to a soundtrack of Notorious B.I.G.'s anthem, "Juicy," the film drew parallels between Liam and McGregor, the Irish neighborhood of Crumlin to Biggie's Bedford-Stuy neighborhood, and shared commonalities like realness, struggle, ambition, and hustle.

Creative assets, including the film, included Beats' campaign mantra #AboveTheNoise. This hashtag, created to emphasize Beats headphones' ability to help athletes stay focused by blocking out naysayers and distractions, serendipitously also served as a rallying cry for people around the world fighting their own battles.

The film was released three days before the fight, but in the early days of fight week, PMG's communication plan already started seeding the conversation. The team executed a social posting schedule on Beats' owned social channels to drive anticipation with curated images that also highlighted the Beats Studio3 Wireless headphones. PMG also worked in lockstep with McGregor's team to coordinate posts and activity on the fighter's social channels. This included not only posts from McGregor's @TheNotoriousMMA accounts, but also from other athletes and celebrities who follow and tagged his accounts.

The social strategy crescendoed on the day of the film's release, which was shared on Beats and McGregor's social channels, as well as those of Beats' brand ambassadors. The video's release was also backed by a PR effort that hit top sports, lifestyle, and music outlets.

The media campaign centered on an exclusive partnership with ESPN's editorial team led to distribution of pre-fight content and video clips on ESPN OnScene and SportsCenter, featuring Beats products placed organically. It also include OnScene video placements with voiceover. The exclusive Twitter partnership, with Showtime, aligned real-time content on fight night with pre-roll, and a promoted Twitter Trend.

Beats delivered a knockout with the campaign, even though McGregor lost the fight. While the campaign's budget was only in the mid-six figures, it delivered 244 million impressions. The film garnered 54 million views, and despite McGregor's polarizing figure, the video saw 96% positive sentiment overall, a reflection of how well the campaign's messaging resonated with fans.

Social engagement was robust, with Beats picking up 58k followers during fight week. More than half (60%) of all engagements were organic, and #AboveTheNoise was mentioned nearly 100k times across all social platforms. In early 2018, Adweek and Unmetric included #AboveTheNoise as one of 2017's most engaging pieces of brand content on social media.

Video for Above The Noise 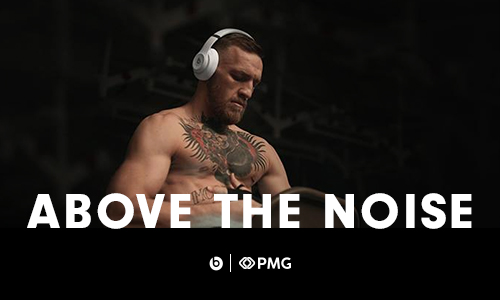 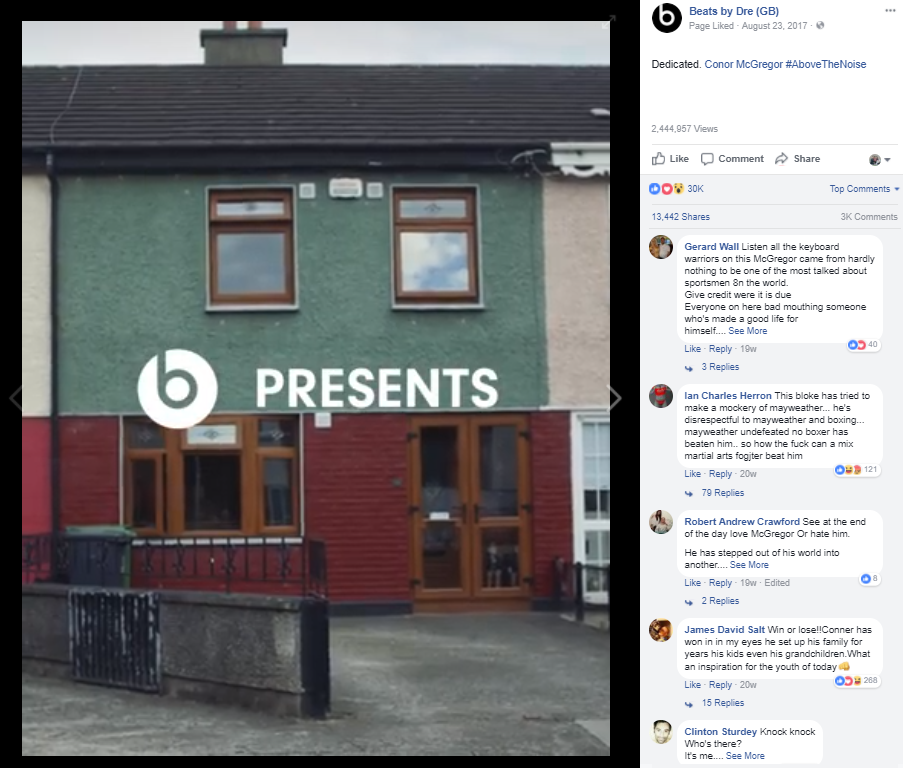