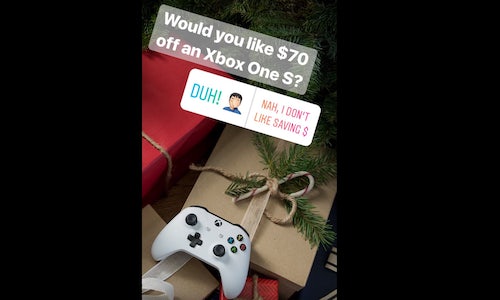 The holiday season brought so many sales, promos, and discounts so we asked ourselves, how can we break through the noise and encourage people to turn to Microsoft Store for the best holiday deals? We decided to take advantage of the new poll feature on Instagram Story to engage with fans and promote fan-favorite Xbox One S deals in a light-hearted, fun way.