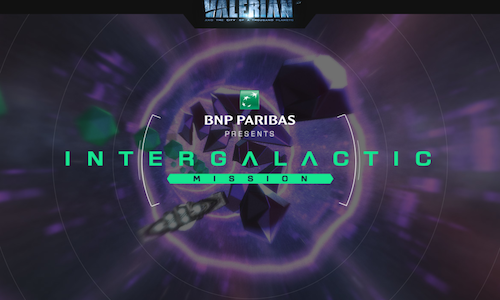 BNP Paribas has teamed up with acclaimed French film screenwriter, director and producer Luc Besson to make the biggest-budget European film ever produced – Valerian and the City of a Thousand Planets, which is scheduled for release in July 2017. For the occasion, the bank decided to launch an innovative game "Intergalactic Mission". An online game in order to enable a wide public to discover and experience the movie universe before it's released in the cinemas and also so as to give fans a chance to witness backstage activity on the movie.

The idea of the BNP Paribas 'Intergalactic Mission' game was to immerse the visitor in the intergalactic world of Luc Besson's Valerian and the City of a Thousand Planets and enabled him/her to enjoy a unique online experience. Guided in their mission by either Valerian or Laureline, the two Spatio-Temporal Agents starring in the film, players could take control of the 'Intruder' spaceship in order to travel from planet to planet. An adventure responsive game inspired by arcade games with a dynamic interface and an intuitive navigation. 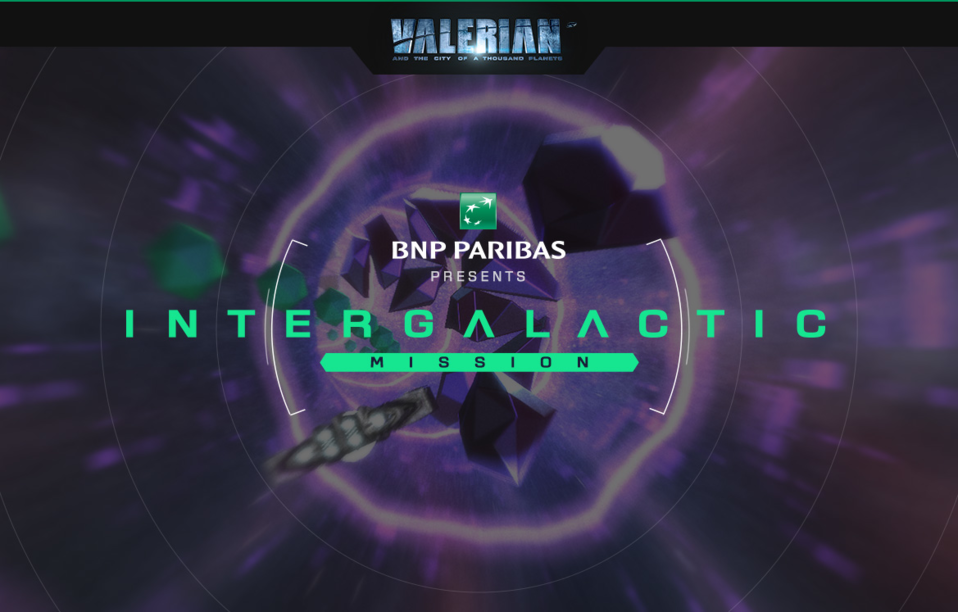 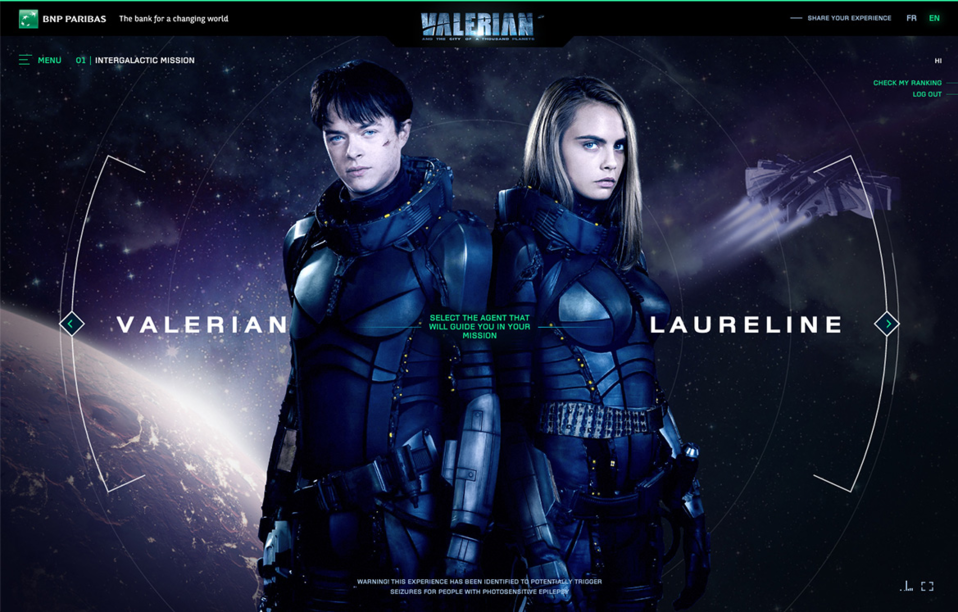 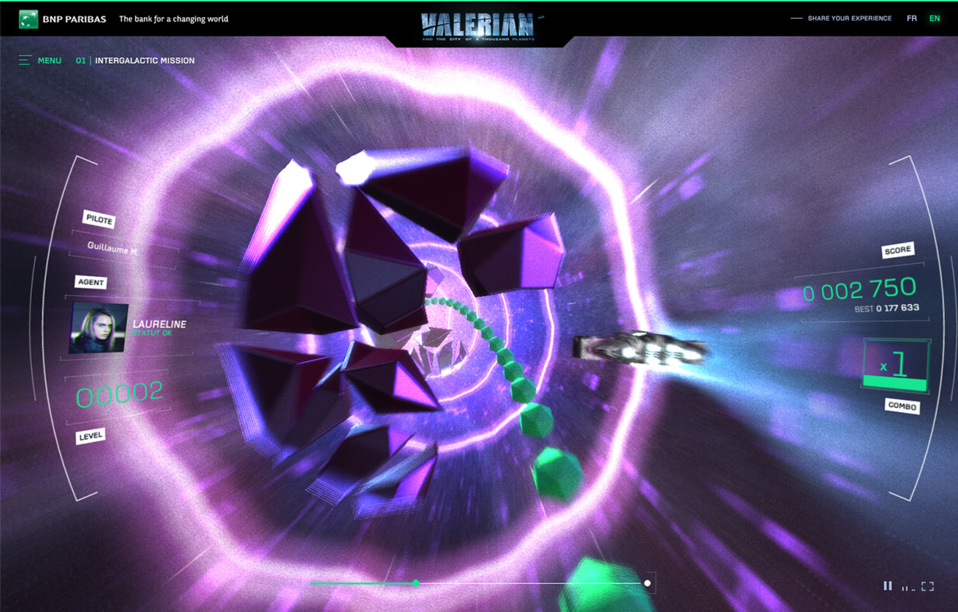 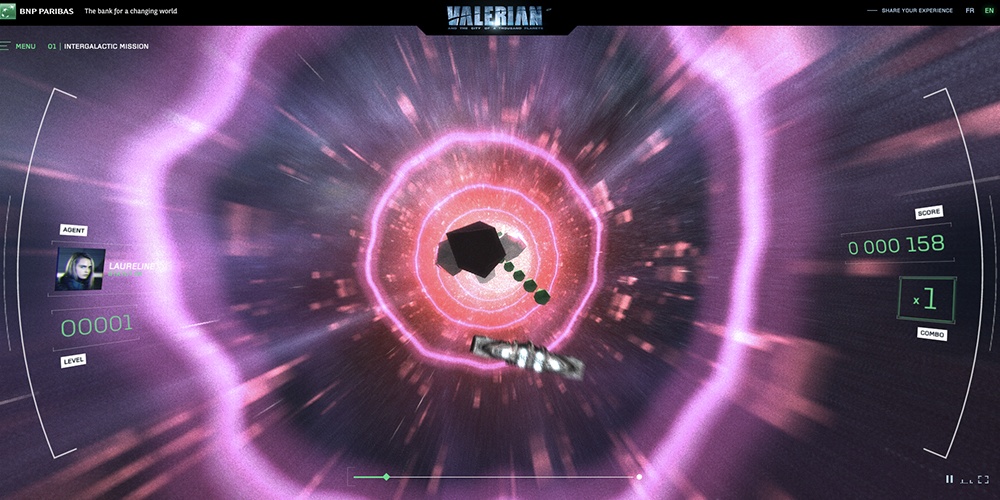 We Are Social , BNP Paribas