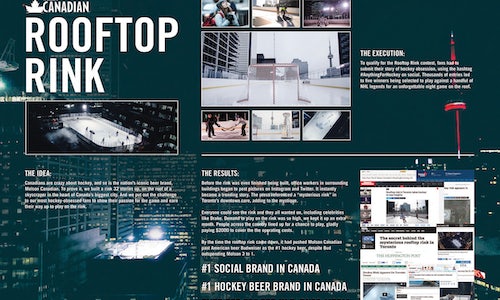 Following last year's Hockey Heaven stunt, where we put a hockey rink high up in the picturesque Rocky Mountains, this year's brief was to build another rink to act as a content platform fitting with the digital behaviours of our audience aged 19-44. This time, though, it needed to be more accessible to fans, allowing more people the chance to play on it.

To win the chance to play on the rink, fans would have to share their story of hockey obsession on social media, using the hashtag #AnythingForHockey.

The objectives for the stunt were to demonstrate Molson's passion for hockey and solidify our claim as the #1 beer brand for hockey fans in Canada.

The strategy behind the Rooftop Rink stunt was to deepen and defend Molson's association with hockey with beer drinkers aged 19-44 by doing the ultimate demonstration of our passion for the game. We rewarded fan engagement in the stunt by offering them direct access to the rink. Also, by building the rink somewhere accessible and viewable to the public, we knew fans would post pictures on social media to generate interest on a massive scale.

To measure our success, we used social listening tools to track organic responses from fans and social platform native analytics tools to gather data on our owned channels. We tracked and made sense of the data using our in-house proprietary measurement models and benchmarked the success against past and competitor campaigns.

Before the rink was even finished being built, people in surrounding buildings began to post pictures on social media, making Rooftop Rink a trending story. Over 75 media outlets, spanning from general lifestyle to sports, to engineering and architecture, covered the "mysterious rink in Toronto" garnering 52 million earned media impressions on the first day alone. The current total is 169 million and counting.

The campaign generated a total of 17,000 #AnythingForHockey mentions, representing contest entries, influencer content and on-rink experiences. And there were more than 30,000 inquiries to get rink access in twelve days.

By the time the Rooftop Rink stunt was finished, it had pushed Molson Canadian past closest rival Budweiser as the #1 hockey beer in Canada, despite being outspent by the US brand. In a Neilsen Brand Lift Study, Molson's attribute rating in terms of relating to hockey fans saw a significant +3% lift. 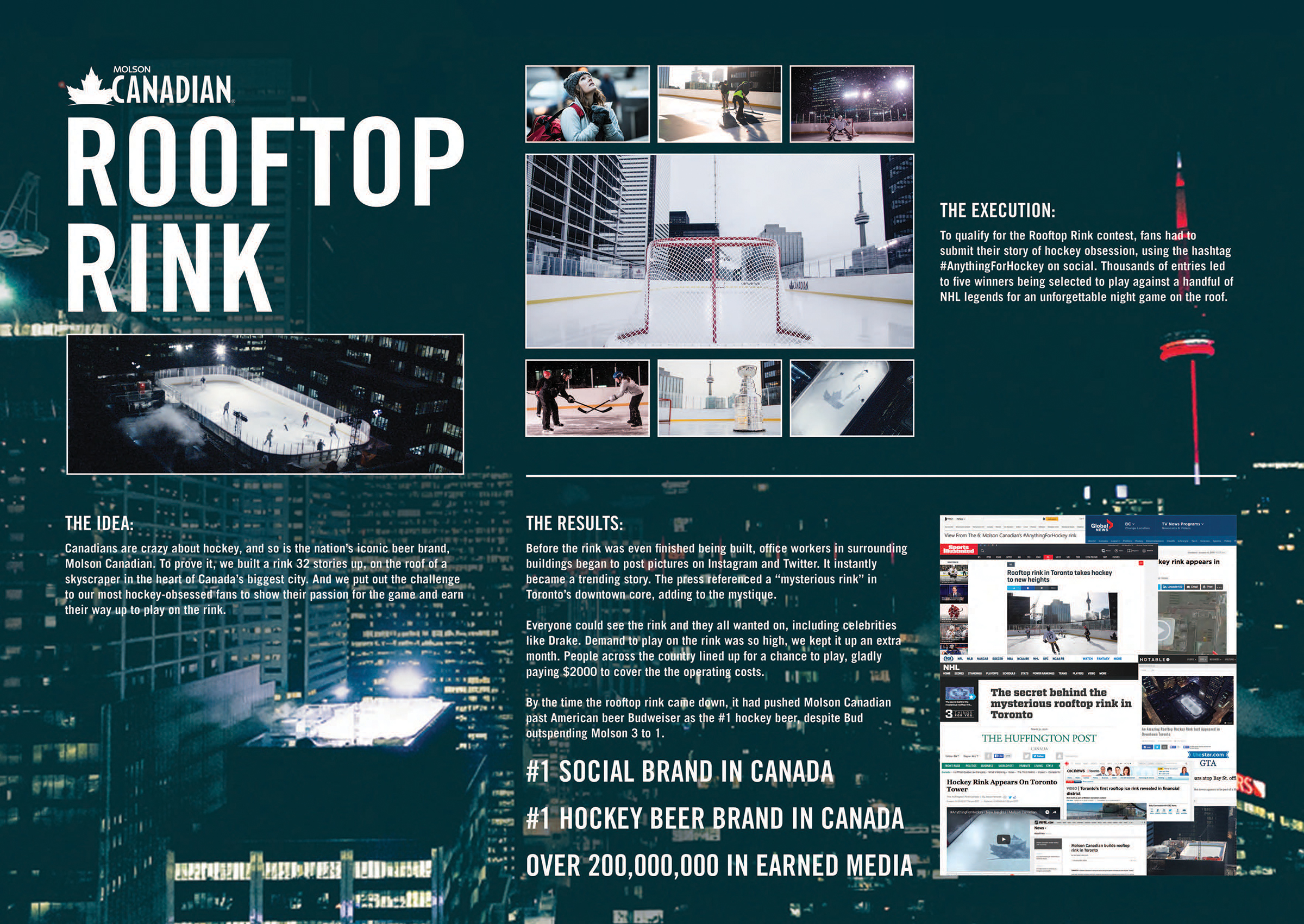 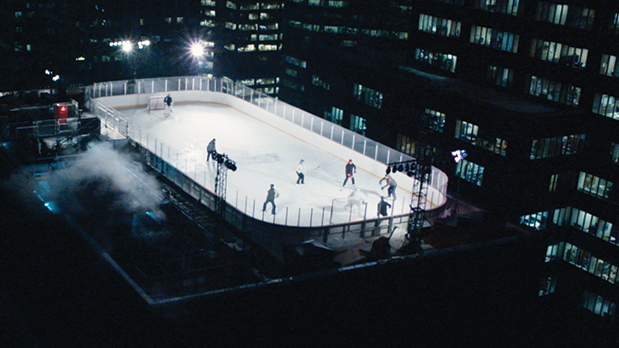 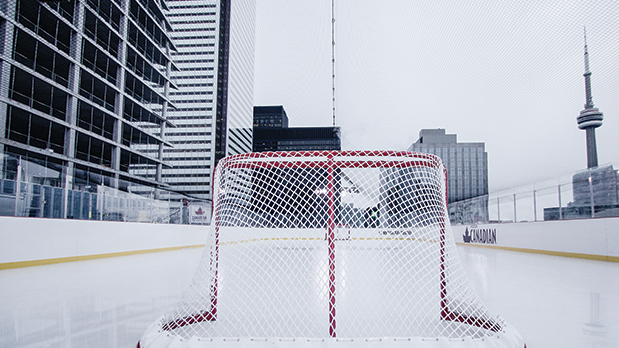 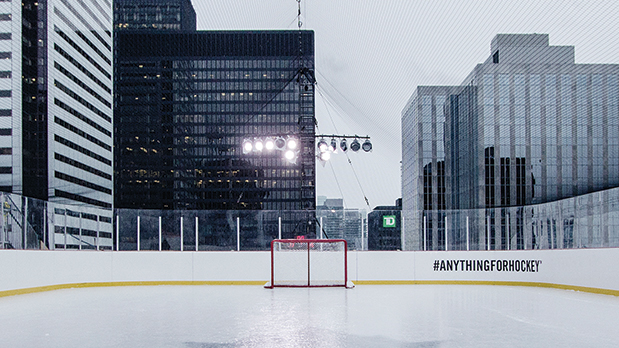