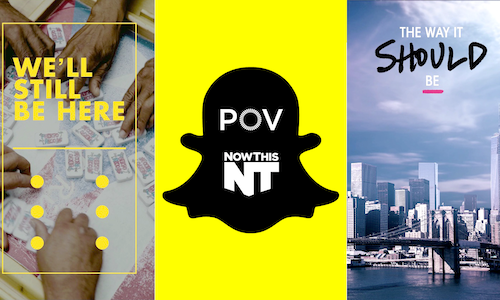 POV, the longest-running independent documentary series on television, and NowThis, the short-form digital content creator, sought to create the first "films" ever produced for Snapchat Discover.

Since 1988, POV has presented bold and innovative documentaries on PBS and online at pbs.org, and has earned a reputation for showcasing the early work of filmmakers as diverse as Laura Poitras, Marshall Curry, Michael Moore, Errol Morris and Terry Zwigoff. For its pioneering efforts to bring new kinds of media to new audiences over 30 years, POV has earned 36 Emmy® Awards, 19 George Foster Peabody Awards, 12 Alfred I. duPont-Columbia University Awards and three Academy Awards®. The Webby Award-winning POV Digital created PBS's first series website in 1995 and its first web series in 2002 and has repeatedly earned its reputation as an innovator for public media. It's in this pioneering spirit that POV and NowThis undertook this new "first."

A NEW PRESENTATION FORMAT FOR FILMS: With the "POV Snapchat Films" series, created in partnership with NowThis, POV aimed to continue its tradition of presenting unforgettable stories that put a human face on contemporary social issues—but with a twist. POV recruited accomplished independent filmmakers to merge their documentary artistry with the aesthetics and interactivity provided by Snapchat—specifically vertical video, a novel non-linear editing structure, motion graphics and sharability over private networks. In essence, POV sought to invent a new presentation format for documentary to reach a new audience.

HIGHLIGHTING UNDERREPRESENTED COMMUNITIES: The films' subjects were selected to highlight underrepresented communities and issues relevant to the audience of Snapchat. "We'll Still Be Here," by Peabody and duPont Award-winning producer Lizzie Jacobs, introduced viewers to a group of diverse dominoes players keeping their beloved game alive while the neighborhood they call home has been changing around them. "The Way It Should Be," by one of Filmmaker Magazine's "25 New Faces of Independent Film" Terence Nance and Gotham Award-winning producer Chanelle Aponte Pearson, tells a story of love and friendship as lived by young queer women of color. The films combined the qualities of the best documentaries (exceptional access to characters and situations, deeply moving stories, cinematic visual style) with the unique qualities of Snapchat (subject-contributed snaps, looping video, hyper-editing) to tell entirely original stories.

COUNTERPROGRAMMING: POV and NowThis took a counterprogramming approach to distribution. We love Snapchat, but observed that the typical content on Snapchat Discover often mimicked tabloid journalism, with editions devoted to celebrities, athletes, supermodels and musicians—the people that are already monopolizing attention on other platforms. Our data revealed an opportunity to deliver something new that Snapchat users were craving but not getting on the platform—documentaries and social issue content. And that's what POV and NowThis do best. We created content unlike anything else on Snapchat and delivered it with a voice that spoke to the sophistication of its audience.

The news of the creation of the first films ever made for Snapchat Discover was first reported by Variety on Thurs. Oct. 20, 2016, creating excitement on social media, with news soon spreading to other outlets. The films then launched on the NowThis Snapchat Discover channel, first with "We'll Still Be Here" on Sun. Oct. 23, 2016 and then with "The Way It Should Be" on Sun. Oct. 30, 2016.

The films were a massive success, earning a total of 4.7 million views and 600,000 unique visitors over two 24-hour windows, with wide sharing of content and dialogue inside Snapchat. The documentary films stood out in a field of pop culture headlines that included "Kylie Jenner gets Dirrty!", "11 Models Not Invited Back to the VS Fashion Show" and "Pretty Little Kitties."

We also achieved our goal of signaling to filmmakers the potential of Snapchat as a new outlet for storytelling. On social media, the response was exceptional. Tweets such as "Exciting to see how @Snapchat is being used as a serious #storytelling platform" and "A new frontier for media" were indicative of the industry's reaction.

In the end, the large audience for the films was a validation of our approach, that a new kind of top-tier documentary content can be successful on Snapchat Discover, that young Americans don't like being talked down to and that they will engage with challenging storytelling from perspectives rarely featured on mainstream platforms—and never before on Snapchat. 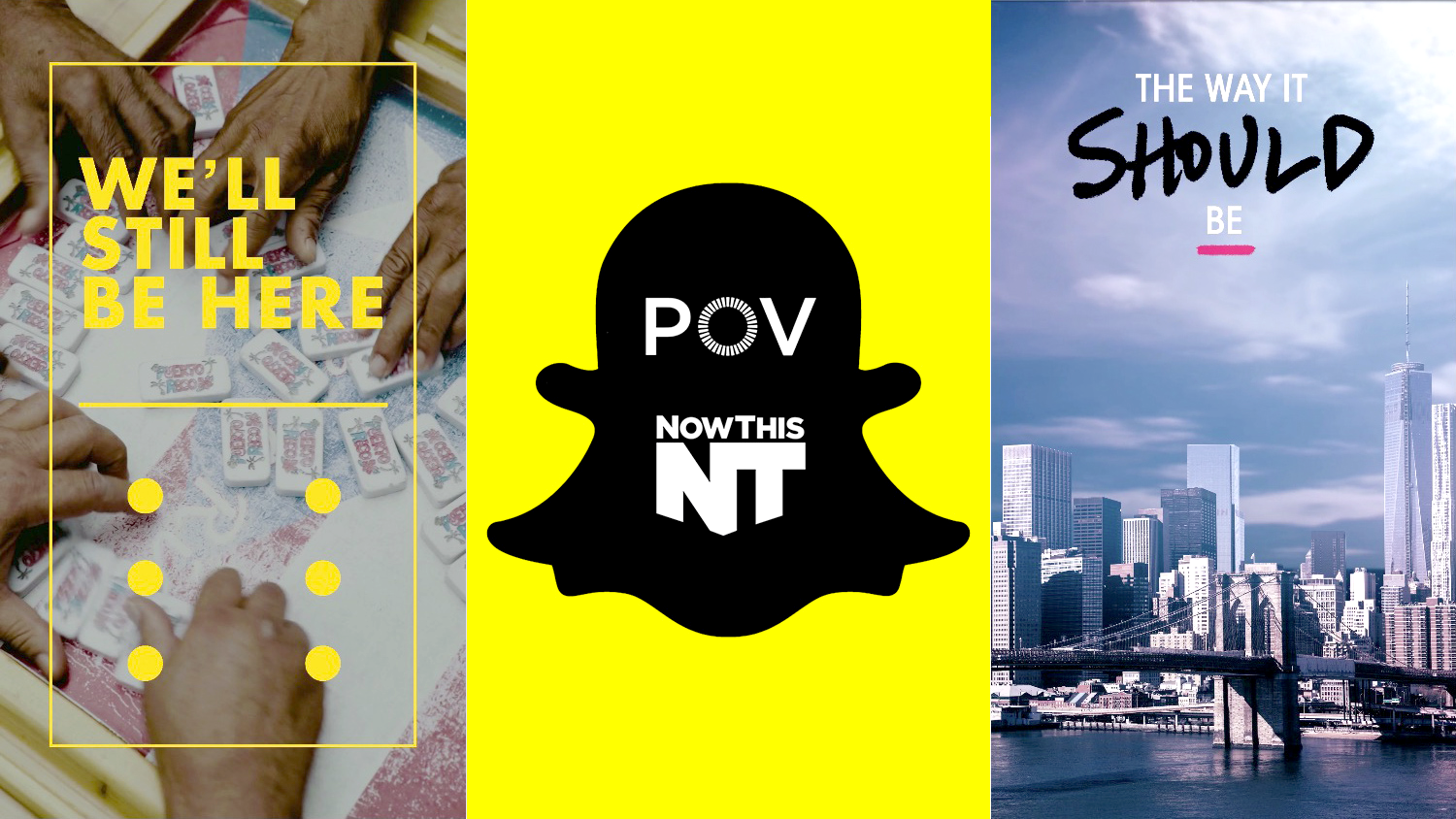 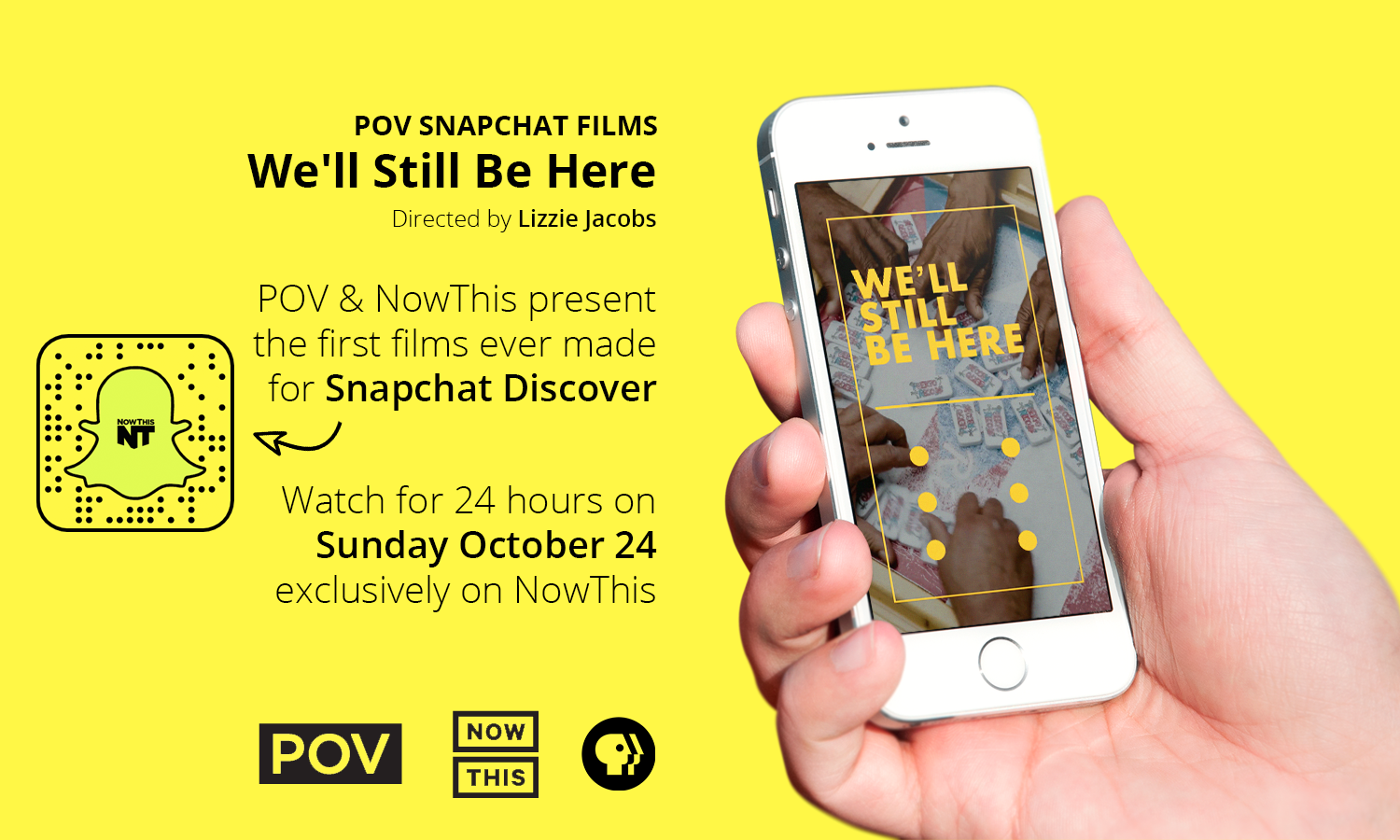 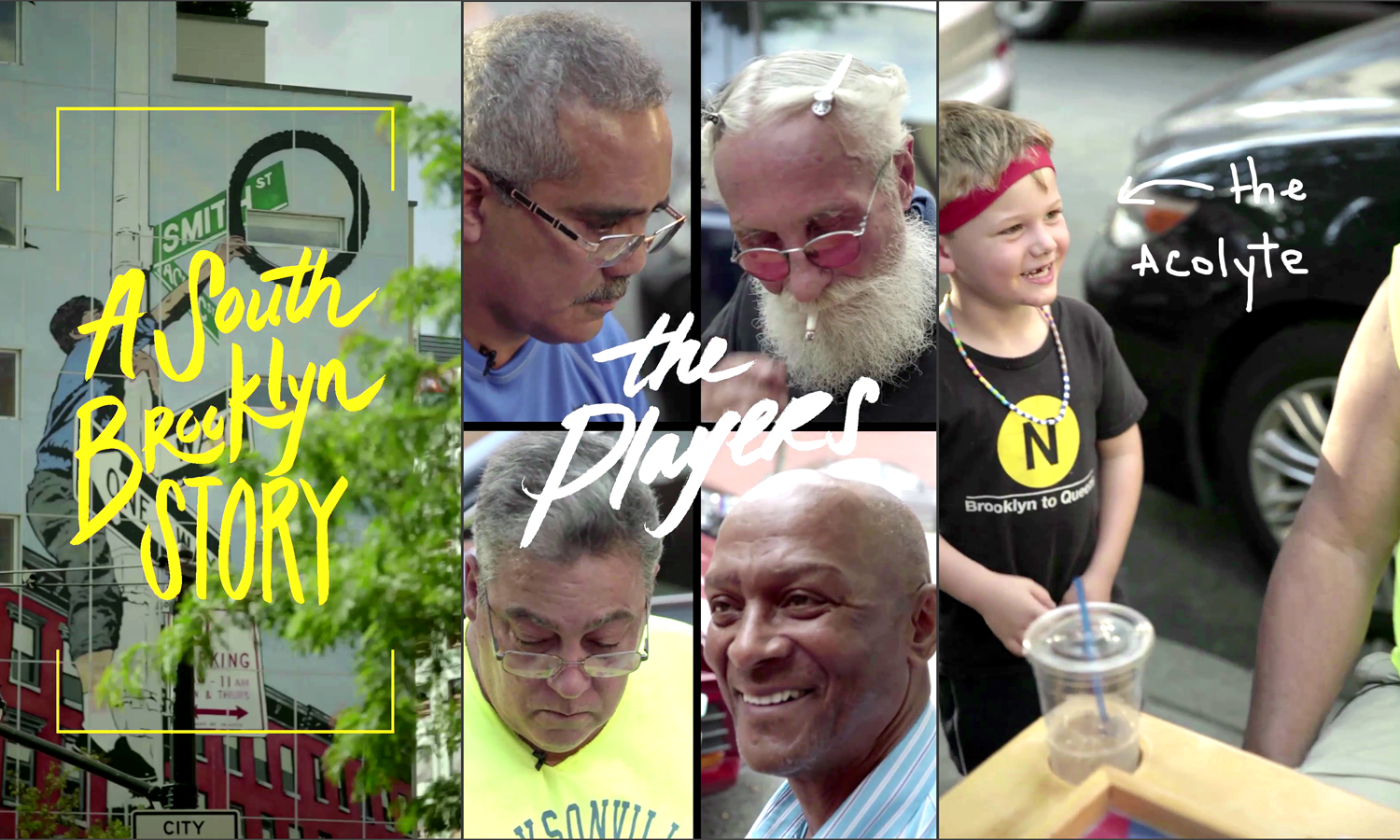 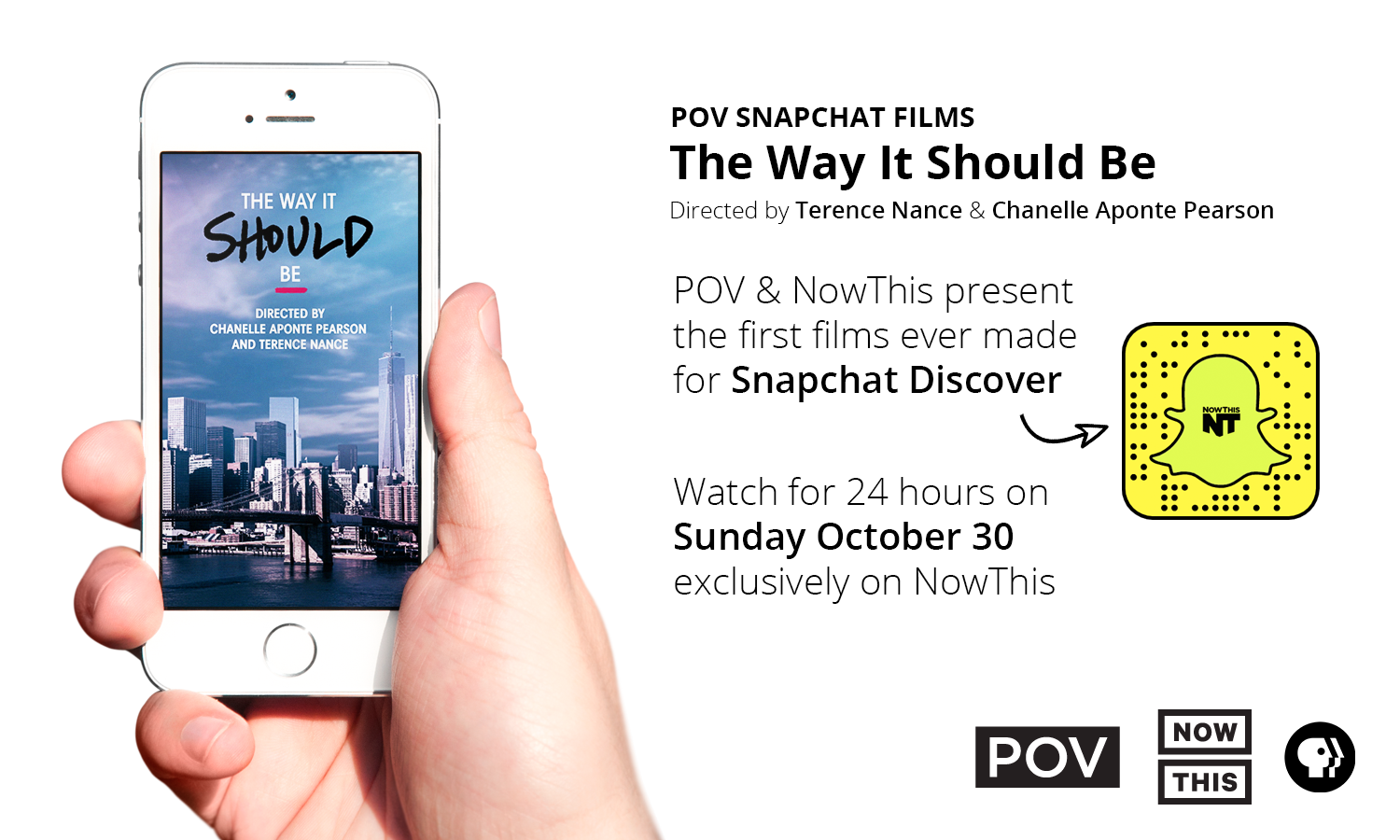 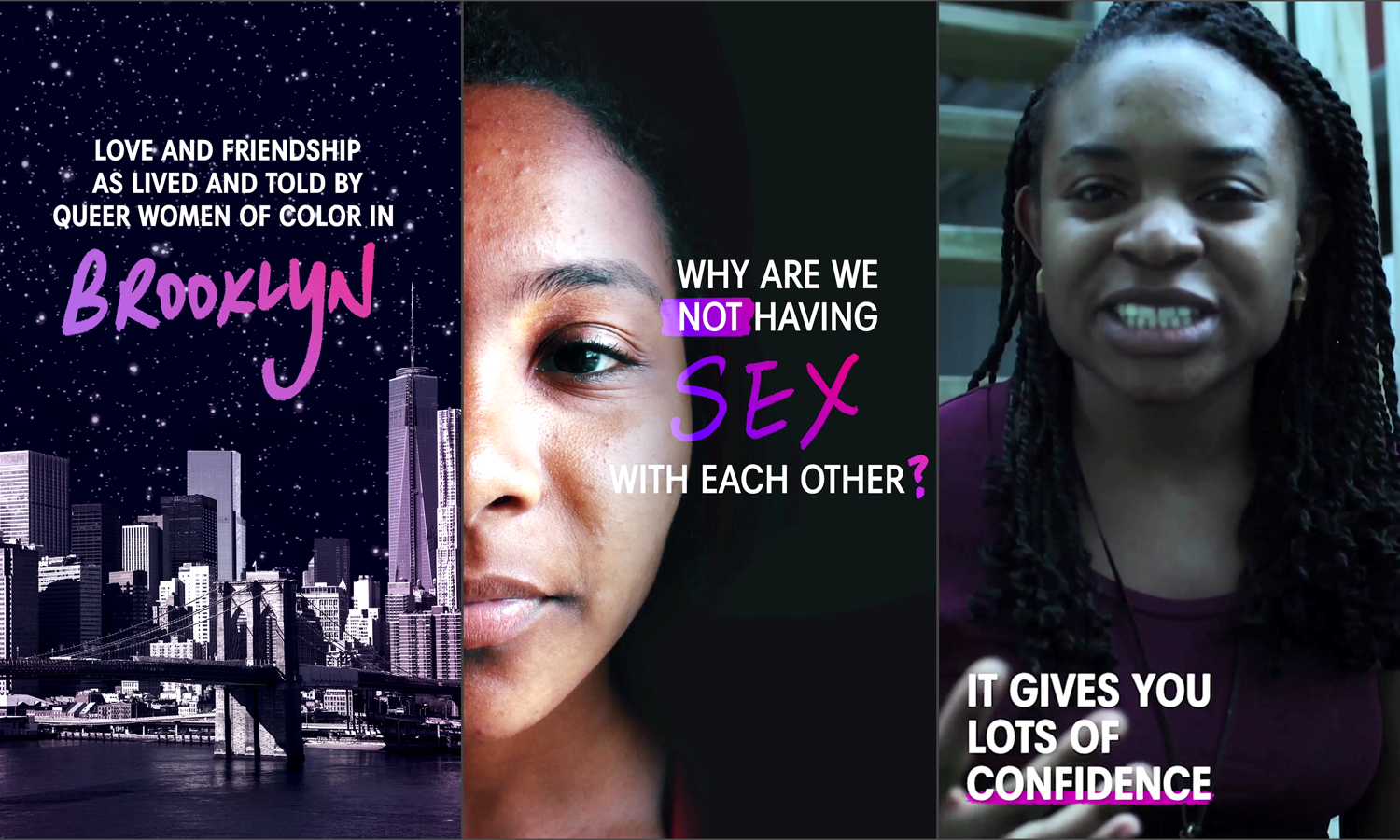