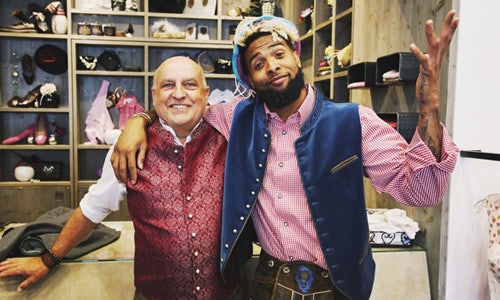 The objective of our German initiative was to substantially increase the consumption of the NFL in Germany across social media platforms and grow the overall audience in 2016, with a specific goal of 100% year over year growth in followers across FB, Twitter and Instagram and a social reach goal of 200% growth.

Our strategy to grow the NFL following in Germany in 2016 was broken into four key areas. First we cultivated a unique and entertaining voice for NFL on social media in the market. Next, we brought a live NFL touchpoint to fans in Germany by taking one of the league's biggest stars - Odell Beckham Jr. - on a trip to the country. Third, we highlighted and built-up Germans playing in the NFL, notably Moritz Bohringer, who became the first player drafted from Europe to the NFL. Finally, we worked local sports influencers in Germany to get exposure to our target audience.

Cultivated a Social Voice for the NFL in Germany

Growing the NFL following in Germany started with creating a voice on social that was in local language and was accessible to casual and non-NFL fans in the country. We launched @NFLDeutschland on Twitter and Instagram to host German language content and began targeting posts from the NFL's Facebook page. We posted an average of 180 pieces per week in German during the 2016 season. Content included educational animations describing the sport, highlights called by German broadcasters, and recaps of the biggest moments and storylines with built-in German text overlays. We continue to play with being authentically German in tone while retaining the Americana of the sport that makes it intriguing to international fans.

We brought Odell Beckham Jr. to Munich in July of 2016 to help grow awareness of the NFL and used the visit to launch our local Germany NFL Twitter and Instagram handles, and increase our targeted Facebook presence. First Odell visited FC Bayern Munich's training facility to show off his soccer skills with stars like Xabi Alonso and David Alaba. He then coached a local German football team, went shopping for lederhosen, and hosted public autograph signing where he was mobbed in the streets by thousands of fans - a video that went viral worldwide. Along with live social coverage across platforms, we created a documentary of the journey for YouTube.

German Players in the NFL

Worked with two German NFL players to grow the audience back in their home countries. One was Patriots lineman Sebastian Vollmer who we created a social video series titled "Sebastian's School of Football". In the series, Sebastian has teammate guests like Rob Gronkowski and Tom Brady try to call their own highlights in German. The other player we highlighted was Moritz Bohringer, the first player drafted from Germany to the NFL. We followed Mortiz's journey from his discovery in Germany, to his training in Florida, to his unprecedented draft day.

Our key influencer partner in Germany in 2016 was FC Bayern Munich. After Odell Beckham trained with the team, we had star players from FCB come to the Giants-Rams game in London to cheer him on from the sidelines and capture social content.

Our growth this season in Germany has been big as a result of this initiative. We now average 4.4M reach weekly in Germany on Facebook, up nearly 400% YoY. Follower growth is up over 150% aggregate across platforms. 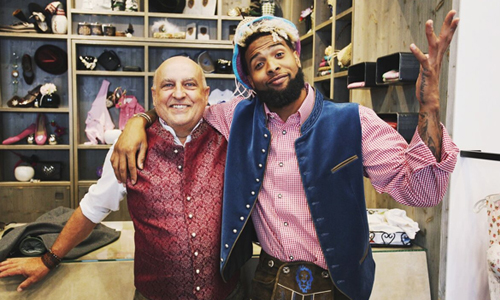