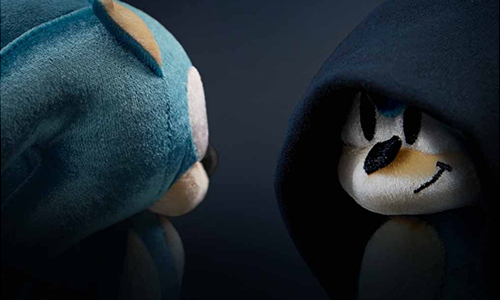 November 2016. It was everywhere. We'd all seen it blowing up our social media feeds; reproduced by millions and funnier every time. We are talking of course, about the Evil Kermit meme.

At the time, this meme was at the height of its popularity and we knew we needed to act quickly. In these memes, the hooded Evil Kermit is usually encouraging the regular Kermit to do something lazy, selfish or unethical. To be as authentic as possible to the spirit of the meme, we recreated Evil Kermit as close to original as possible, with Sonic slightly lo-res, and white space on top for image copy.

We took two different photos of our Sonic plush toy, one with a hood and one without, to recreate the original format of the photo. After a lot of Photoshop wizardry, it finally looked perfect.

Then, for the final and most important touch, we added image text that fit perfectly for Sonic and his fans:

Me - "That Chao is pretty cute"

In the Sonic the Hedgehog game, Sonic Adventure, you can raise little creatures called 'Chao' which are very similar to Tamagotchi. You can feed them, pet them, and they have various levels of 'feelings' for you.

Something you can also do is throw them, which is hilarious but also makes them very upset. You aren't supposed to do this in the game, but the temptation and ability to do so are 100% there; making this meme extremely relatable to fans. It's something they've all thought about but never expressed out loud.

The smart and timely utilization of this meme generated Meme Lord worthy results on Facebook:

All with 0 Paid Media 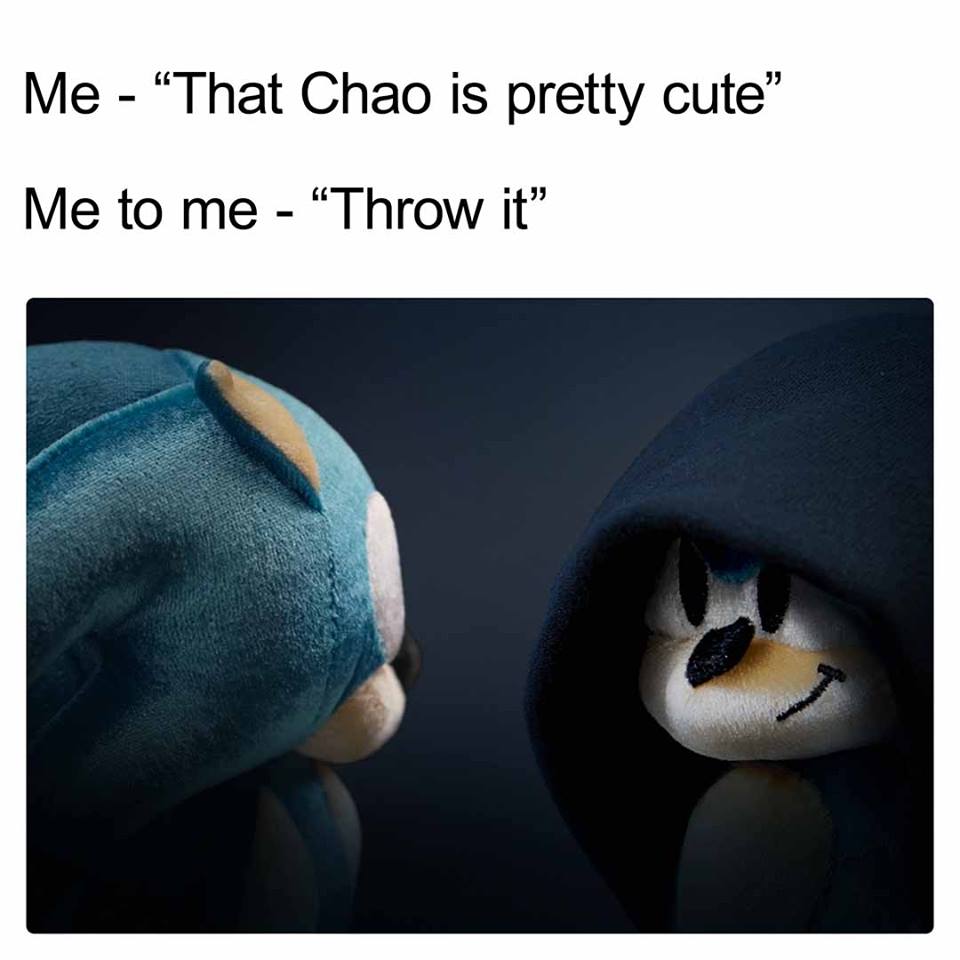 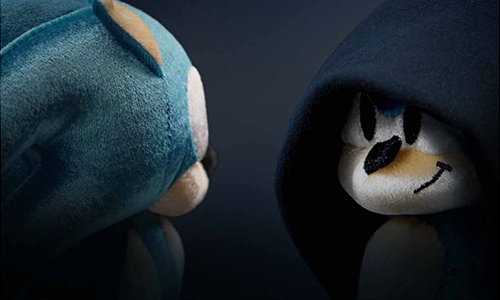