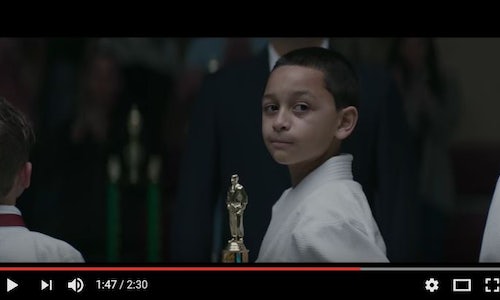 Demonstrating the relationship between insurance and dreams is at the core of our messaging. This film serves as a thoughtful and emotional metaphor for insurance, showing how a father's careful protection enabled his son to pursue his dream. It's a true-to-life story that highlights the fearless confidence that comes from having just the right protection and support.

Given that this story focuses on the protective power of a father's love, we identified Father's Day as the perfect opportunity to release our spot to the public. This allowed us to harness the power of a cultural moment to further the impact and relevance of our message.

Our goals were to own the insurance category share of voice on Father's Day, and exceed our 2015 Brand Engagement rate benchmark of 21.27%.

Dad Insurance is a part of a broader campaign that brings to light the importance of dreams and the role AFI has in inspiring, protecting and restoring them. This film helps the viewer recall some of their first dreams, and the feeling of possibility that comes from having unbridled support along the way.

The spot also evokes the promise of the American Dream – the idea that with hard work, dedication, and optimism a person can achieve whatever they set their mind to. At AFI, we consider it a privilege to be able to help dreamers be fearless in pursuit of their dreams.

As a regional brand, American Family is constantly looking for unique ways to breakout from the noisy space of insurance ads to develop stronger relationships with consumers. The brand utilized one of the newest ad formats of 2016 – a Promoted Twitter Moment, and used the Moment to tell a story that was culturally relevant to Father's Day. In order to own the insurance category share of voice and generate video views, we needed users to both view and engage with our content.

To do this, AFI created shorter pieces of content that would tell a compelling story and encourage users to get to the final tweet, which contained the full-length Dad Insurance film. We utilized influencers who have supportive relationships with their fathers and could help us tell the Dad Insurance story to their audiences. The creative combination of promoted tweets, influencer tweets, polls, gifs, and videos helped AFI exceed all benchmarks for this campaign.

Cuts of the film earned 230K views with partners like Spotify and Mental Floss, in addition to a branded content article that embedded the long-form video to drive video views and earned media. American Family worked with four social media influencers to drive conversation around relationships with dads. This conversation/Twitter activity was used to populate the Twitter Moment, and to increase video views. 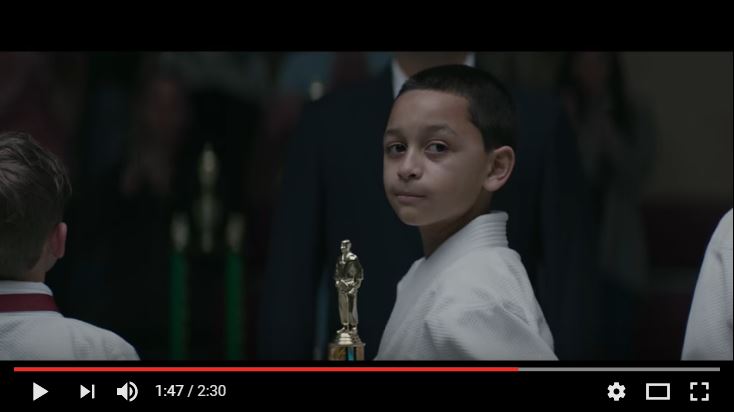