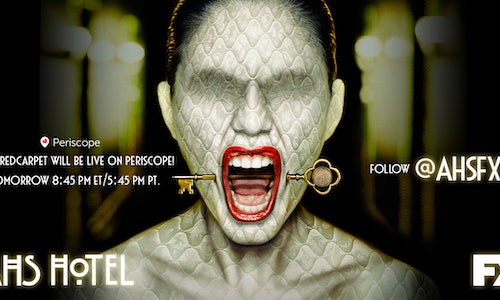 A premiere event as opulent, haunting and spectacular as the one for American Horror Story: Hotel needed to be shared with television's most rabid audience. FX Networks delivered by giving AHS fans a front row seat to the red carpet in downtown Los Angeles. By hosting a Periscope live stream, fans from around the world were able to participate by submitting questions for the talent, chatting with other fellow fans, and simply enjoying the up close and personal view of the gorgeous cast. With the help of our charming host, stars like Lady Gaga, Matt Bomer and Sarah Paulson answered questions and spoke straight to our fans during the fully live broadcast. Our goals included creating an engaging live stream, promoting the show, and amplifying the social conversation in support of the upcoming premiere.

FX Networks utilized Periscope's live streaming technology to invite the fanatical American Horror Story fan base to take a front row seat at the live red carpet premiere event. We promoted the live Periscope in advance across our social networks, FXNetowrks.com, and numerous media outlets. The FX team sourced specific questions from fans to ask talent on the red carpet and encouraged fans to watch and tweet along during the event. Our host, Morgan Tompkins, interviewed the numerous stars of AHS: Hotel including Lady Gaga, Matt Bomer, Sarah Paulson, Finn Wittrock, and creator Ryan Murphy. The FX Social team supplemented the live Periscope with images and tweets from the red carpet to keep the conversation dynamic. We shared the live Periscope across our social media platforms to further amplify the already existing enthusiastic audience.

The American Horror Story: Hotel Live Red Carpet Periscope had an engaged audience of over 24k fans watching live. Thousands of likes and comments were garnered and engagement within the community flourished throughout the event. The experience heightened awareness and excitement leading up to the season premiere and was an overall success. 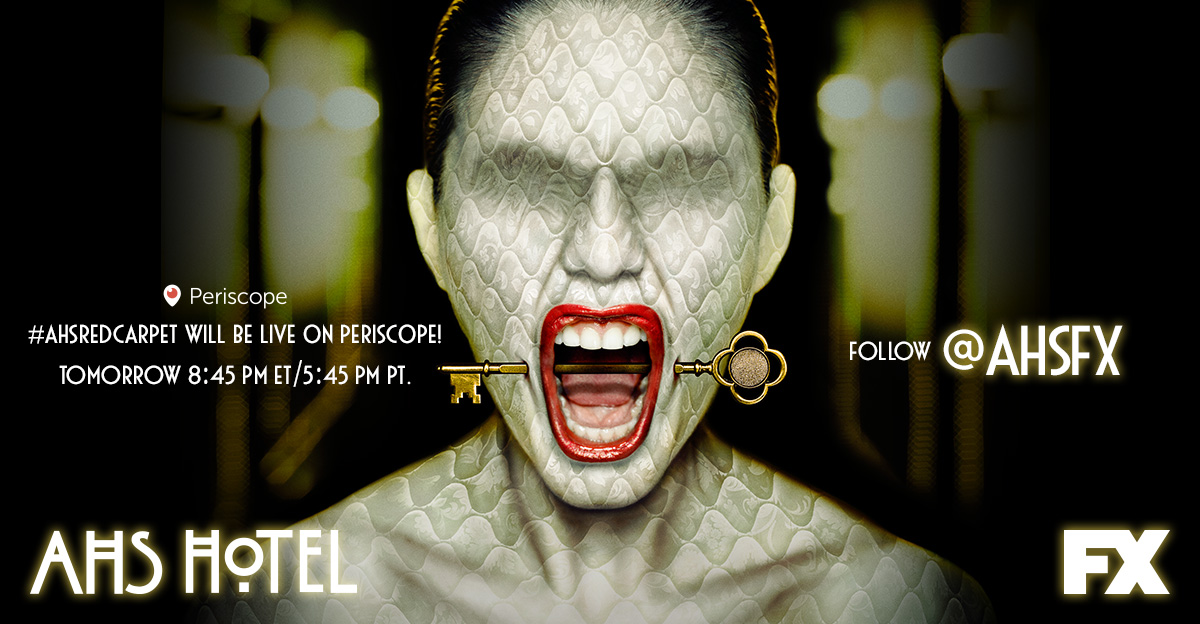 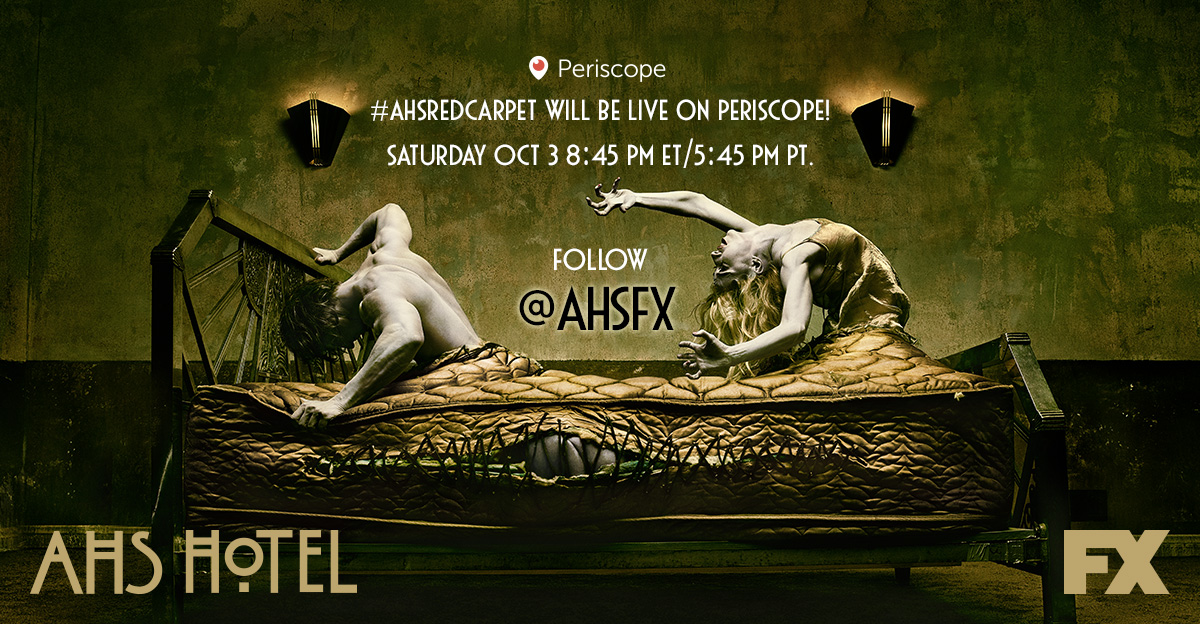 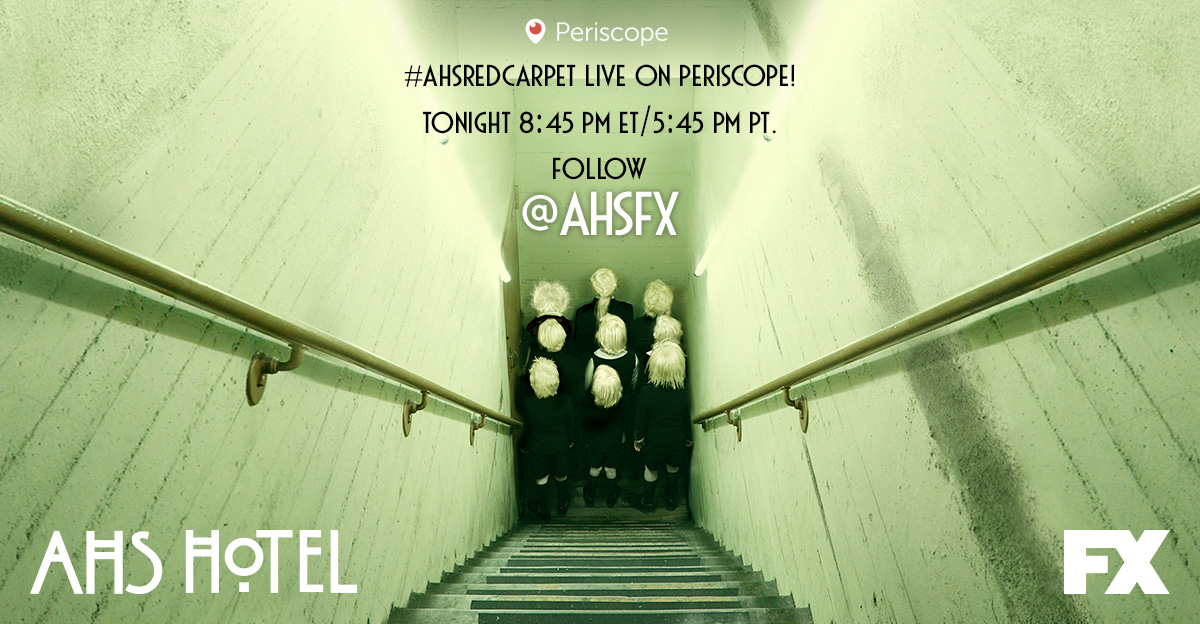