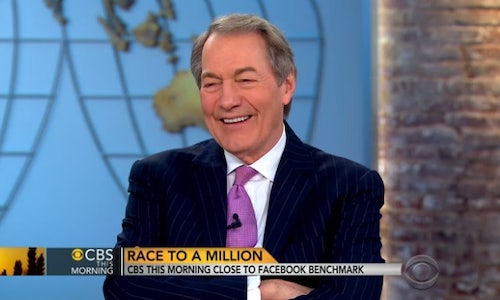 "The news is back in morning news," and 2014 was a milestone year for CBS This Morning's social media presence as a national morning news broadcast. Through social campaigns and strategic partnerships, the broadcast reached 1 million Facebook likes, launched a Pandora radio station and amped Gayle King's social media presence to the point of being crowned by Buzzfeed as the "Queen of Instagram."

CBS This Morning's social media goal is to engage our followers in a way that is different from other broadcasts while highlighting the original reporting of CBS News. Below are examples of the benchmark-setting social media year that was at CBS This Morning:

The push to 1 million Facebook likes: CBS This Morning celebrated a major Facebook milestone in November 2014, reaching 1 million page likes. The team was tasked with amassing over 25,000 likes in one week, with the goal of reaching 1 million. With support from the entire staff, we worked with partners' Facebook pages and used on-air mentions to generate buzz around the campaign.

- NASA Facebook takeover: NASA took over our Facebook page for a day, providing CBS News with incredible never-before-seen photos of space. We announced the partnership on air and NASA announced it on their Facebook page.

- Co-host Gayle King hosted a Facebook Q&A from our Toyota Green Room, reaching over 120K people and over 850 questions

- An on-air segment helped us over the hump, pushing the page to over 1M likes

Pandora Radio Partnership: CBS This Morning kicked off 2014 with a partnership unlike any other in news: a Pandora radio station. Our Twitter followers noticed our choice of music often complimented the story we were about to tell in a clever and engaging way. CTM collaborated with Pandora to create a custom station, consisting of an ever-evolving playlist of the music we play on the broadcast (admittedly, heavy on the '80s). We created host call-outs and on-air mentions, and launched the CBS This Morning Pandora station. We announced the station after airing a behind-the-scenes interview with Pandora founder and CEO Tim Westergren.


"I just think Pandora and CBS This Morning is a good combination." -- Gayle King

Instagram Takeovers: We're always interested in posting some of the most beautiful pictures of our world, whether or not it's a story that airs on air broadcast. CBS This Morning partnered with U.S. Department of the Interior and NASA, who are known for their stunning images and informative style, to bring those images to our followers.

- U.S. Department of the Interior: We had always marveled at the amazing photos @USInterior posted to their Instagram account, highlighting the national parks of the U.S. In working with them, we decided to reveal the winner of their "Share the Experience" contest on our CTM Instagram page -- the winning photo would in turn be displayed on the 2015 National Parks and Federal Recreational Pass. They took over our account for a week, and we announced the winner on air at the end of the partnership. The takeover yielded over 3,500 photo likes on our account and helped push our account to over 10K followers.

- NASA: After the success of the U.S. Interior takeover, we set our sights on NASA. NASA released never-before-seen video from the Mars Curiosity Rover exclusively to our Instagram account. We announced the partnership on air, and NASA provided us with incredible images from space throughout the week. The campaign yielded over 3100 photo likes on our account.

Gayle King's Instagram Account: In working with Gayle and her team, we recognized Gayle is at her best when she's herself and injects her own personality and the fun she has in her life into her social media messaging. After a few Instagram tutorials, we linked her Instagram account to Twitter and Facebook and encouraged her to post as much as possible.The result? This year Gayle King was crowned by BuzzFeed as the "Queen of Instagram." Her candid photos and descriptions are posted directly by her, and we've seen her gain over 60K new followers this year alone.

Video for CBS This Morning's Milestone Year in Social Media 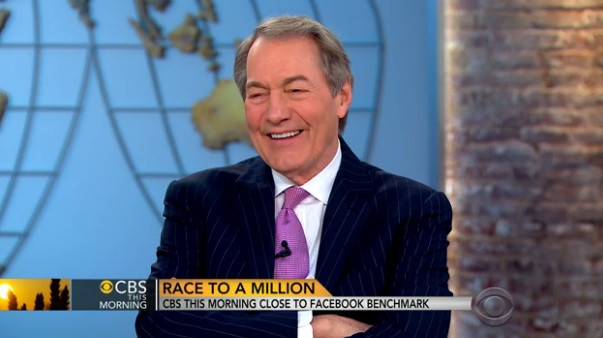 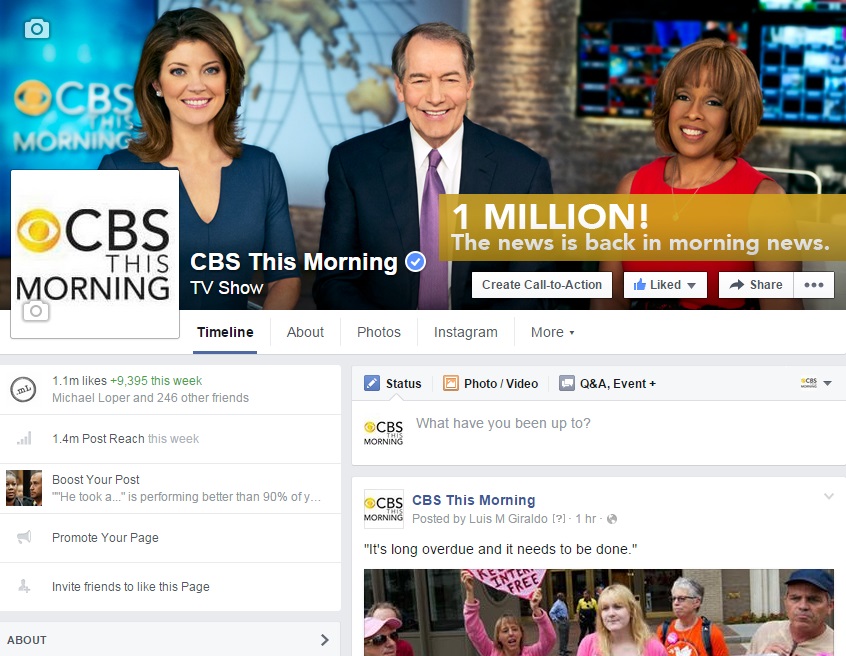 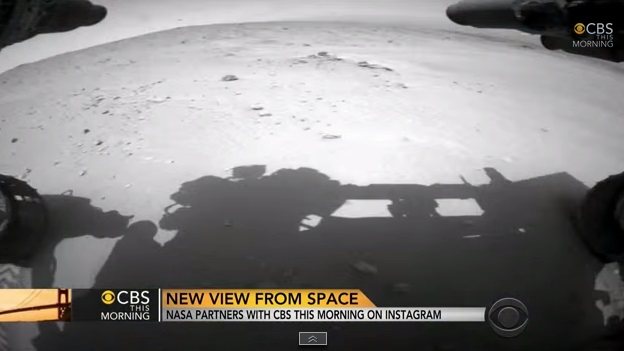 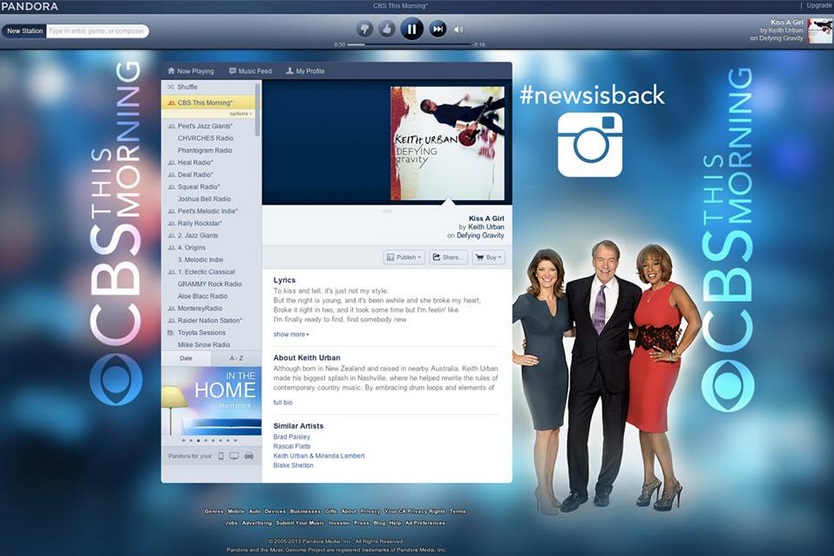 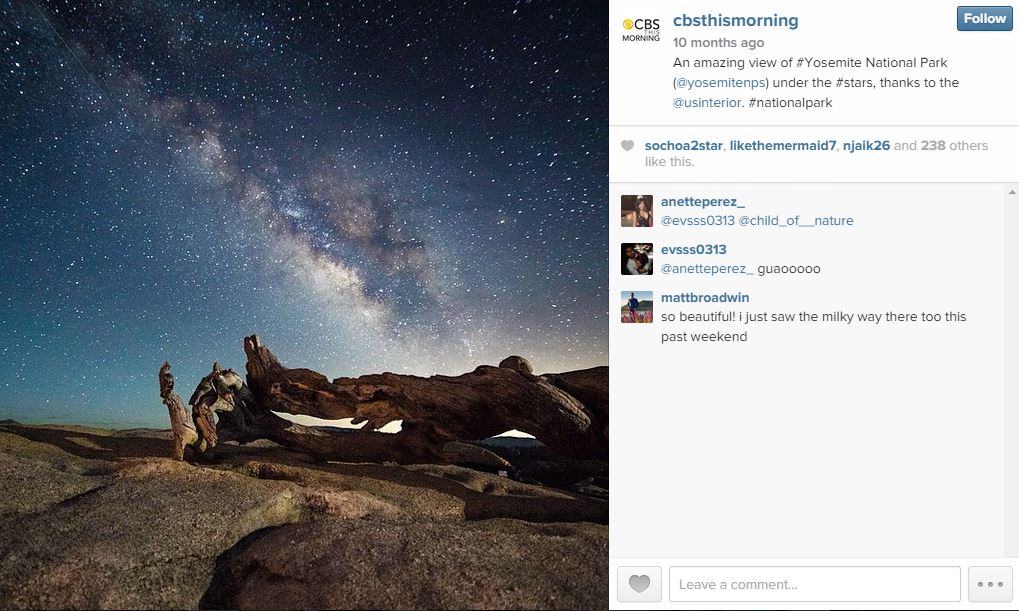 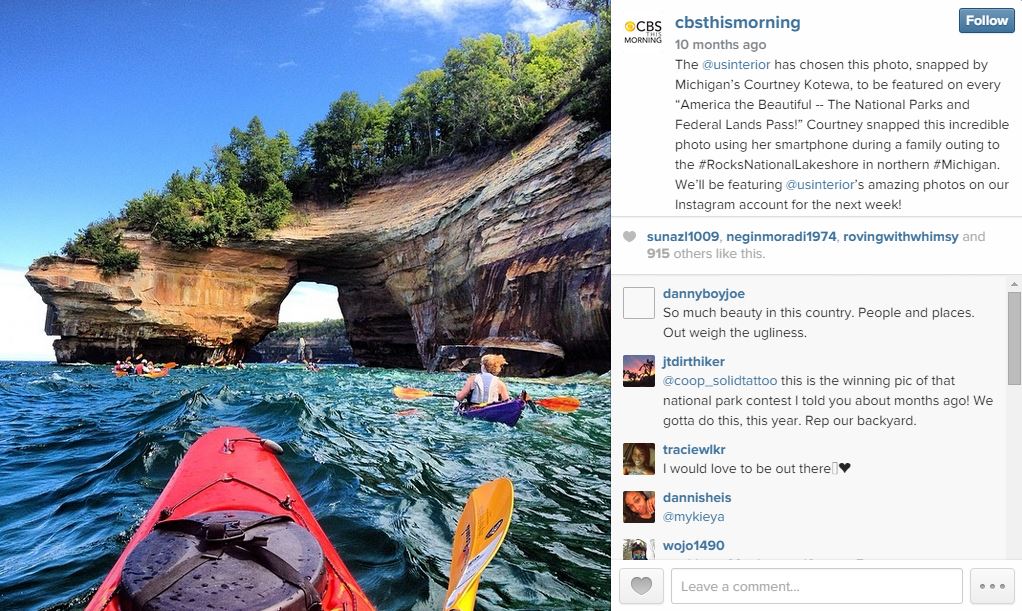