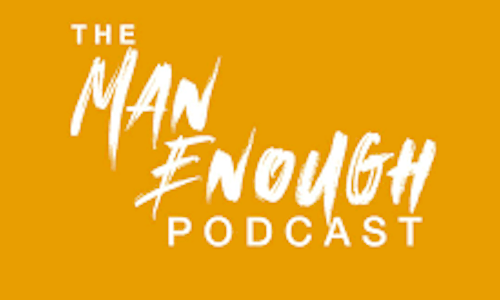 The Webby-nominated Man Enough Podcast explores what it means to be a man today and how rigid gender roles have affected all people. The goal is to create a safe, open environment for a range of perspectives to meet and stay at the table, moving from systems and language that polarizes and demonizes men and masculinity, into those that invite all humans to participate and thrive in our world. The audio and video podcast is hosted by actor, director & entrepreneur Justin Baldoni, author & journalist Liz Plank, and award-winning music producer & Wayfarer Studios President Jamey Heath, welcoming celebrities, experts and thought leaders. The weekly series explores how the messages of masculinity show up in pivotal themes, aiming to help people realize their potential as humans and their capacity for connection, such as:

What does it mean to be a man in the world today? More importantly, what does it mean to be human? Webby-nominated The Man Enough Podcast, hosted by actor & director Justin Baldoni, author & journalist Liz Plank, and President of Wayfarer Studios & award winning music producer Jamey Heath, investigates how traditional structures and attitudes toward masculinity oppress and negatively affect men, women and humanity as a whole. Armed with candor and compassion, each episode engages in honest and at times uncomfortable conversations with celebrities, thought leaders and change-makers. The weekly series explores how the messages of masculinity show up in relationships, body image, privilege, fatherhood, sex, success, mental health and so much more.

In a recent episode (June 13, 2022), titled A Call to Action for Men, the hosts speak with Grey’s Anatomy star Giacomo Gianniotti. In the episode, he brings his vulnerability and grief to the urgent and important conversation about abortion and bodily autonomy. Opening up about his family’s experience with miscarriages and the medical intervention his wife, Nichole, needed, Giacomo encourages men to speak out and fight for equality proactively, without being prompted by women.

The Man Enough Podcast continues to have groundbreaking conversations and top level interviewees that add to the ongoing discussions. The podcast is always looking to push the envelope. For their work, the team was nominated for two Webby Awards in the Best Podcast and Best Individual Episode categories in this year’s competition:

Also, the Man Enough team is always hopeful that their exploration of the unwritten rules and messages of masculinity, as well as investigation into traditional structures and attitudes toward success and failure, fatherhood, body image, privilege, relationships, intimacy, and more help lead us as a society into a more open and positive outlook on men, women and humanity as a whole.

Video for The Man Enough Podcast 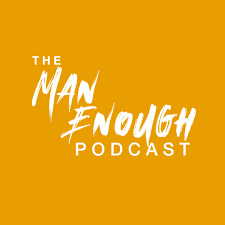