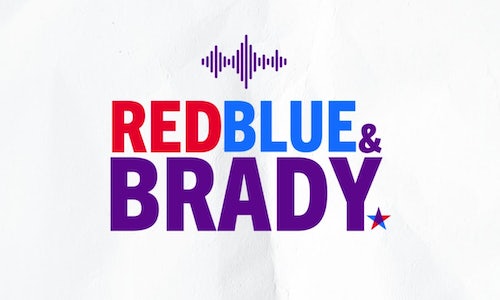 Now in its third season, "Red, Blue, and Brady" ("RBB") remains the only podcast of it's kind, both in content and in mission. Once a week RBB brings together survivors, activists, academics, and folks who occupy all of these identities and more, to discuss an epidemic that claims the lives of over 100 Americans a day: gun violence.

RBB was intentionally created as a way to bring survivors, researchers, activists, legislators, and average Americans into conversations surrounding gun violence prevention that were thorough, engaging, rigorous, and transparent. When over 100 Americans a day are killed due to gun violence, and scores more injured, the podcast provides a way to bring the discussion of the types of gun violence (from suicide, to unintentional shootings, to homicides, to mass shootings, and more) weekly into the ears of Americans.

Moreover, the podcast deliberately focuses attention on disadvantaged communities that are disproportionately impacted by gun violence, but that nevertheless receive less media attention and political care.This season, RBB has sought to widen conversations about gun violence to be more intersectional, and based in harm reduction. Questions RBB has tried to answer have included things like "is poverty alleviation a way to fight gun violence?", "how does climate change cause gun violence?", "how to combat misinformation," and "how to fight back against hate crimes?."

RBB has sought from day one to be a podcast that helps survivors, activists, and academics share their voices. For this reason, RBB is careful to follow a number of procedures that set them apart from other podcasts, included but not limited to allowing survivors creative say in the podcast (e.g., allowing survivors creative control before the episode is published and involving them every step of the way as the podcast is put together). This level of control and involvement is critical for survivors, who otherwise can feel triggered, retraumatized, or used. Moreover, RBB has sought to highlight differing opinions within the gun violence prevention world, bringing on guests whose opinions vary greatly from RBB's hosts and the Brady organization more broadly. A prime example of this is our podcast series on gun ownership, where co-hosts Kelly and JJ engaged with a permitless carry advocate. In its first season, RBB focused its efforts on racial justice, voting access, COVID-19, and the intersectionality of gun violence prevention. In its second season, RBB expanded its mission from dialoguing about the country's long-standing love for guns and the political, educational, and cultural efforts of Brady and its allies as they work together to end gun violence, to including gun owner voices on issues of things like crime guns, safe storage, appropriate training for firearm use, and cultural concerns that surround modern gun ownership. RBB's third season, meanwhile, has been based in expanding listeners' understanding of what gun violence is, it’s root causes, and the variety of methods that can be used to fight against it.

RBB consistently presents varied, nuanced, and detailed conversations on a topic that many Americans continue to treat as a "third-rail issue," or taboo. Episodes detailing heavy topics like firearm suicide, child loss, recovery after a traumatic injury, police violence, dealing with conspiracry theorists, racial justice, and more, are handled with compassion in a conversational format that prizes transparency and accessibility above all else.

RBB consistently presents varied, nuanced, and detailed conversations on a topic that many Americans continue to treat as a "third-rail issue," or taboo. Episodes detailing heavy topics like firearm suicide, child loss, recovery after a traumatic injury, police violence, dealing with conspiracry theoriests, racial justice, and more, are dealth with compassion in a conversational format that prizes transparacy and accessiblity above all else.

With over 100,000 downloads, and consistently placing on the iTunes education charts, RBB has established itself as a trusted source of narratives and research within the gun violence prevention community. Researchers and activists alike have come to RBB seeking to promote their work, and survivors have reported that they feel RBB has been an asset in growing their community and in their healing process.

Video for Red, Blue, and Brady 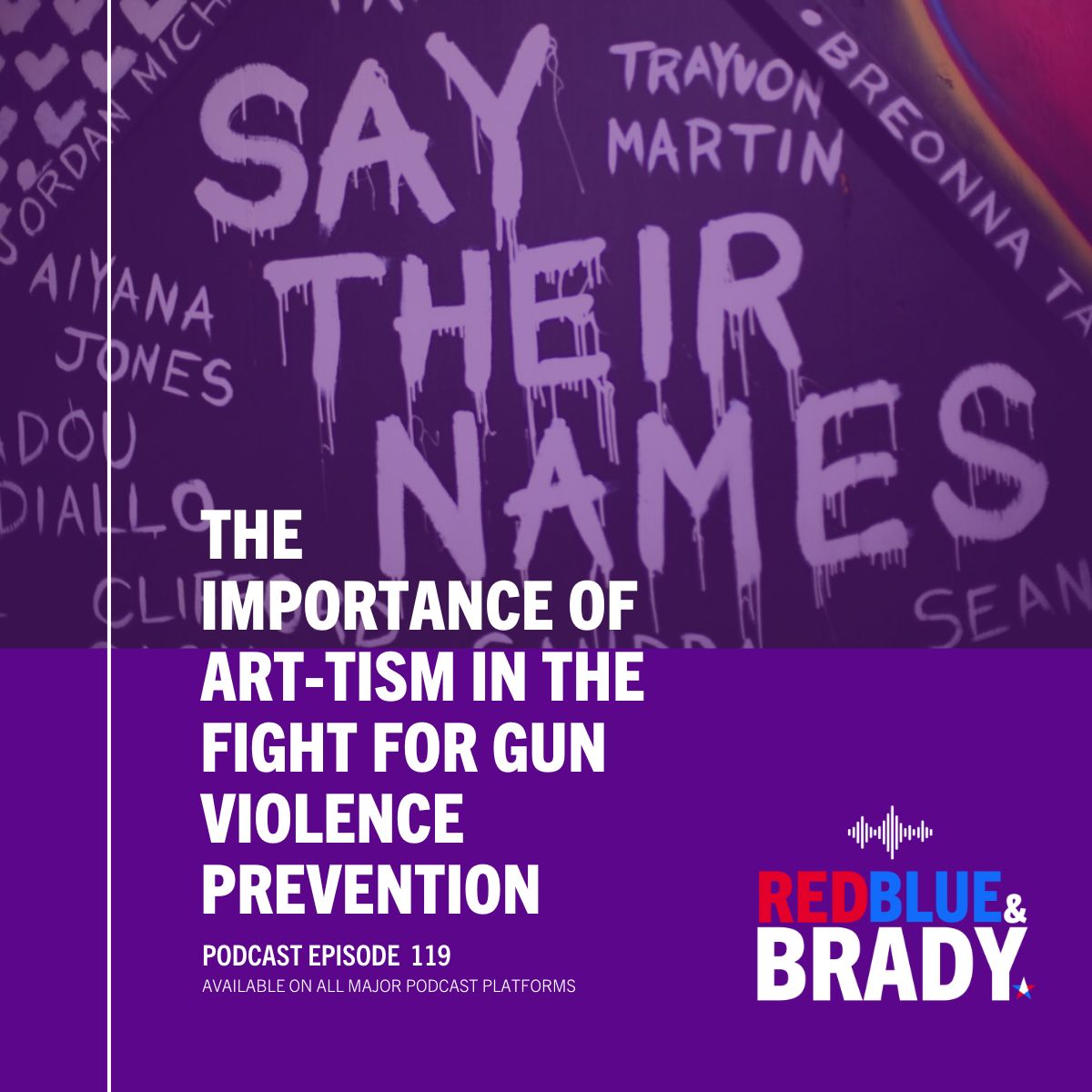 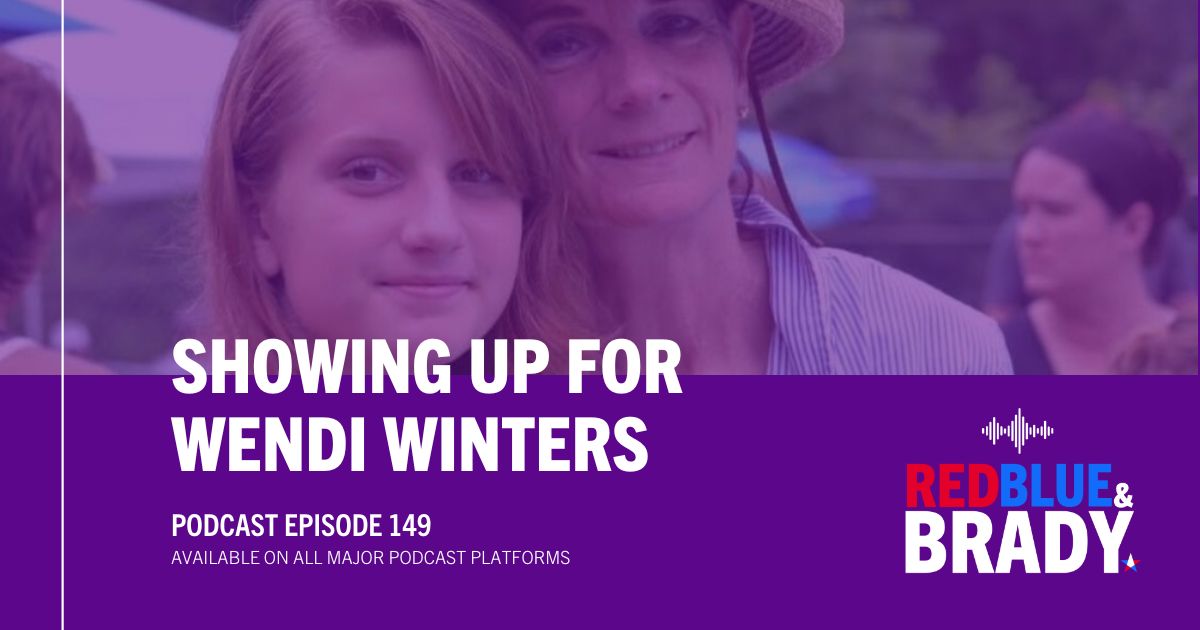 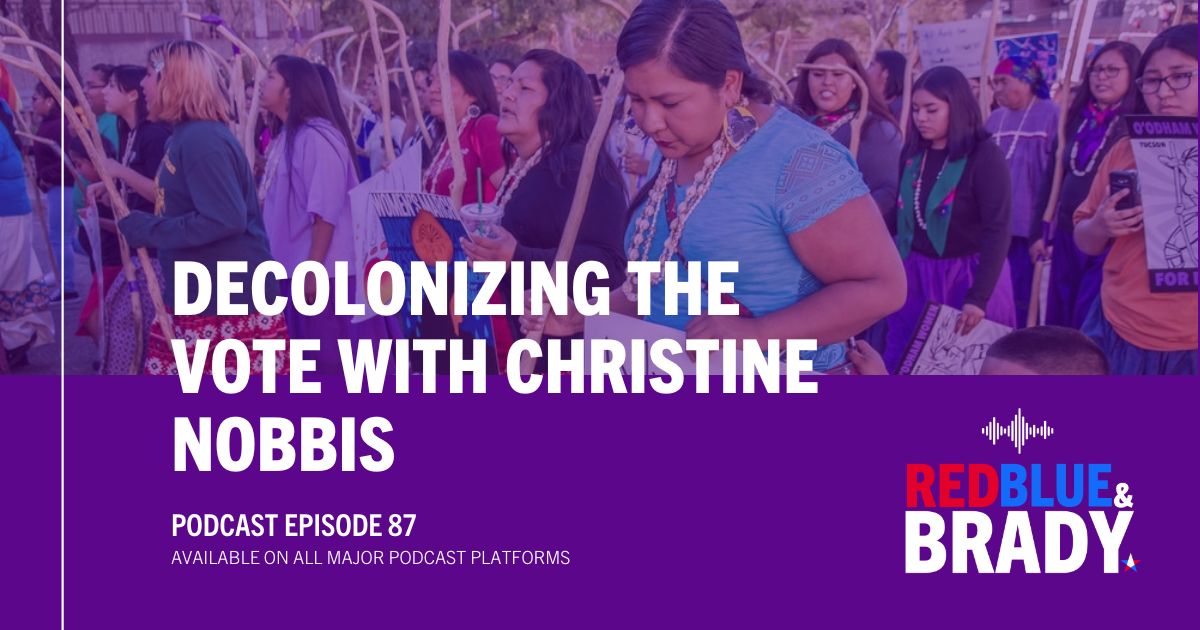 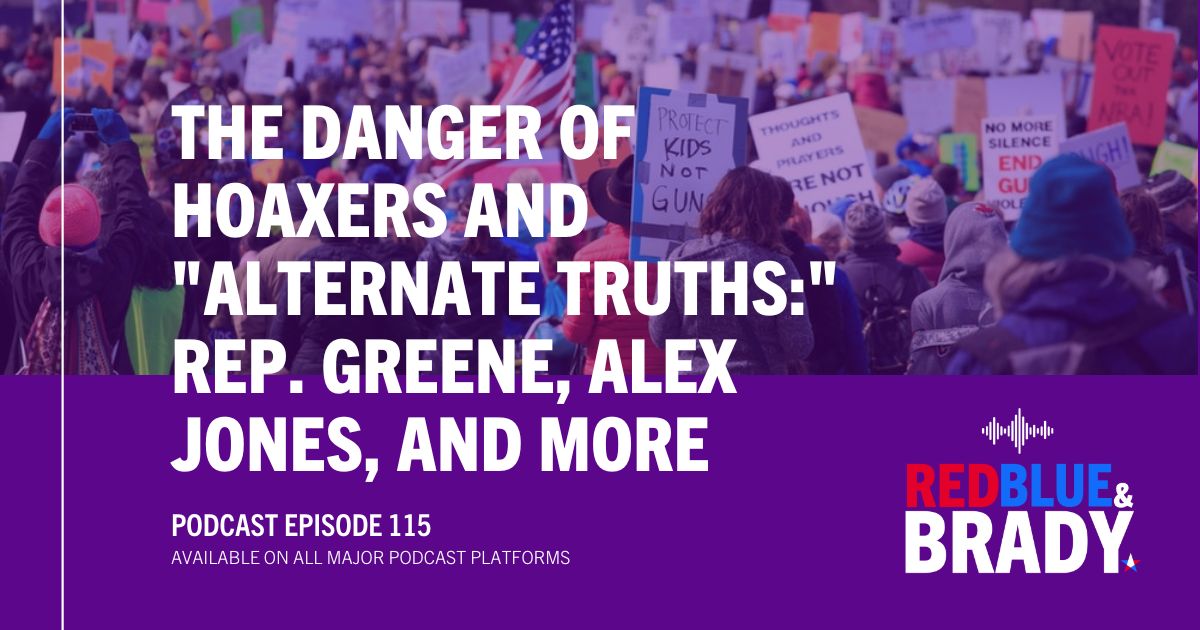 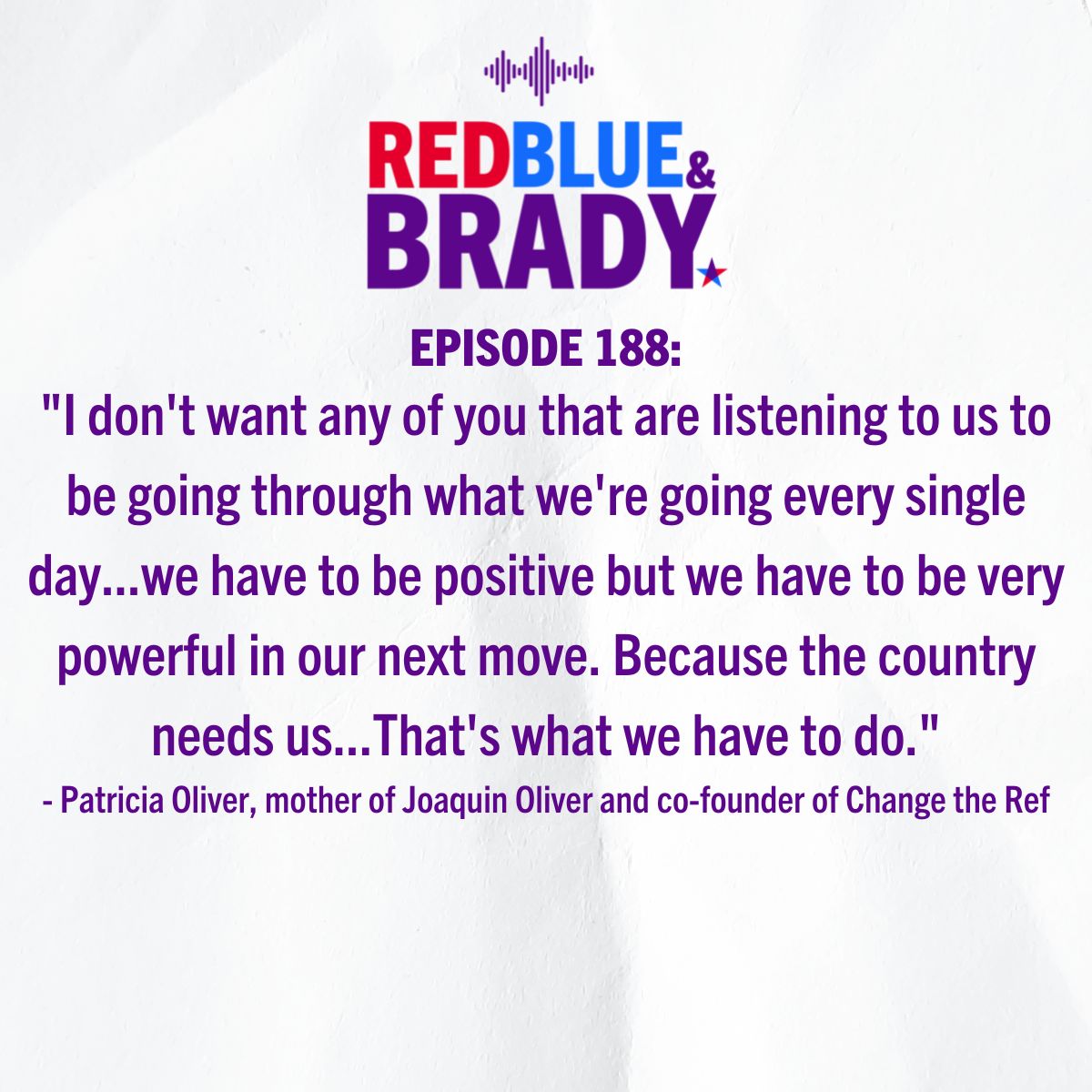 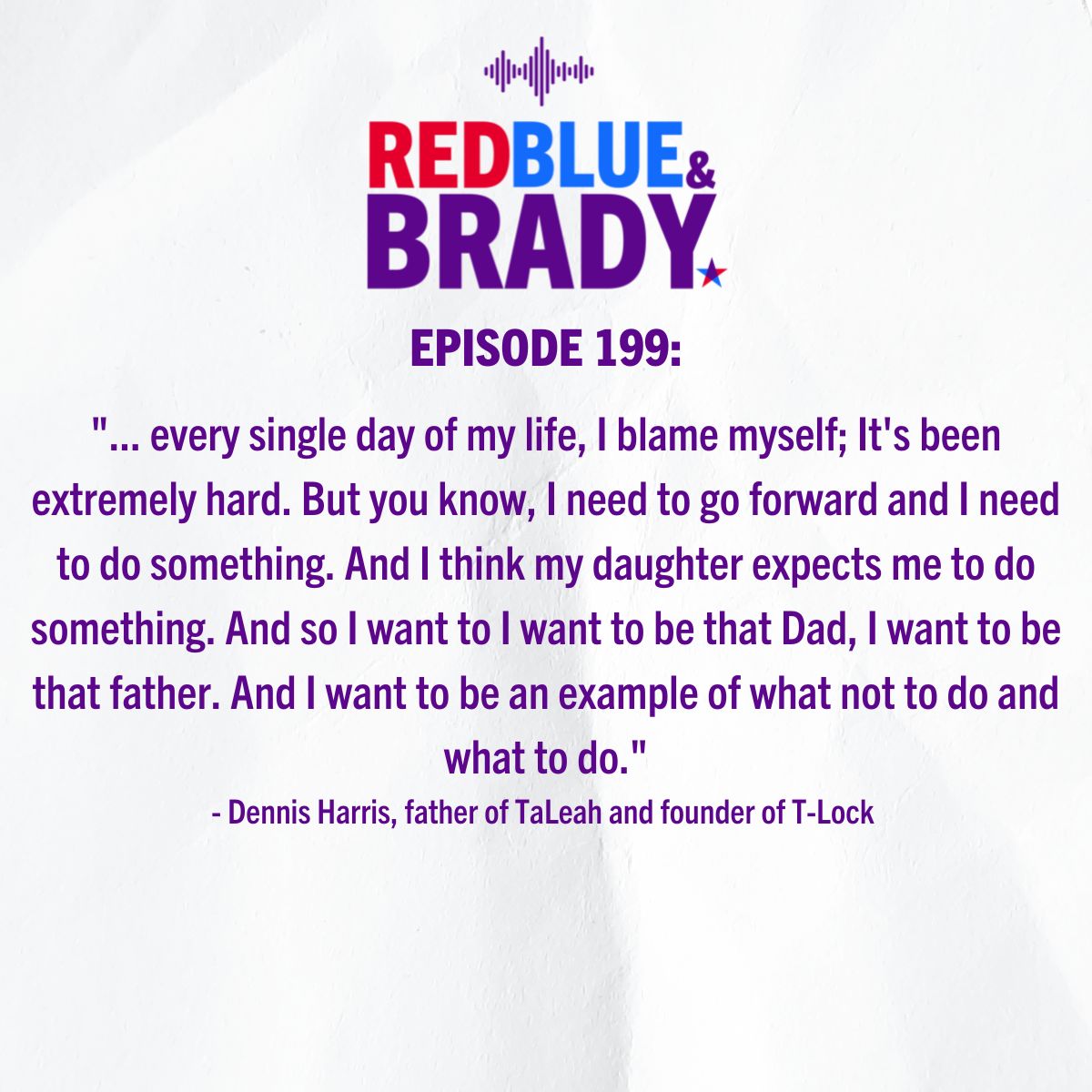 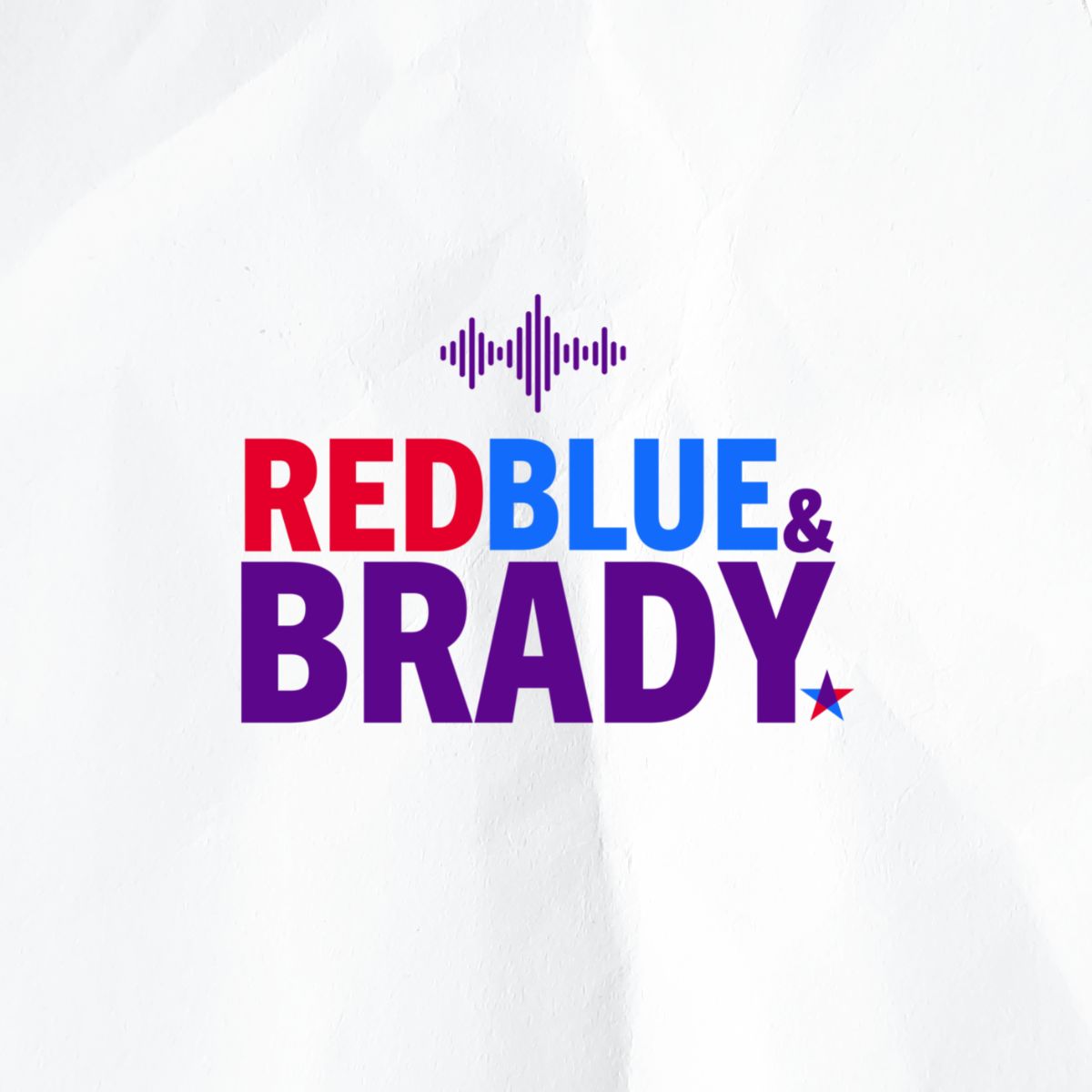