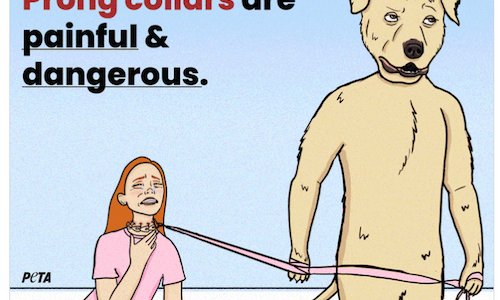 What’s so bad about using a prong collar on your dog? PETA wanted to set the record straight with a daring illustration depicting a role reversal. The art piece showed a dog walking a woman with a prong collar irritating her neck and asking viewers an important question: What if the roles were reversed?

Sometimes humans don’t quickly understand what is wrong with the way we treat animals, and PETA has taken it as our job to help them make the connection. With this original artwork showing a woman in a collar in place of a dog, people immediately understood that prong collars hurt. Our artist, Tiani Hernandez, workshopped ways to make the image stand out: in the final piece the dog was drawn to be human-like, blood was presented on the woman’s neck like our fieldworkers have seen on neglected dogs, and a painful expression was given to the woman as the collar choked and prodded her. We also followed up on the art with an infographic on collars that are bad and good for dogs. All of these elements came together in a bold way that caused a stir on various social media platforms.

The tweet quickly gained traction, ultimately receiving over 39 million impressions and creating quite an interesting conversation. Media outlets like Junkee wrote about the piece and several influencers and celebrities showed their support, including Seth MacFarlane, Riteish Deshmukh, and Arian Foster. The image was also blasted on several meme pages leading to millions across the country and beyond getting an education on how not to treat dogs. 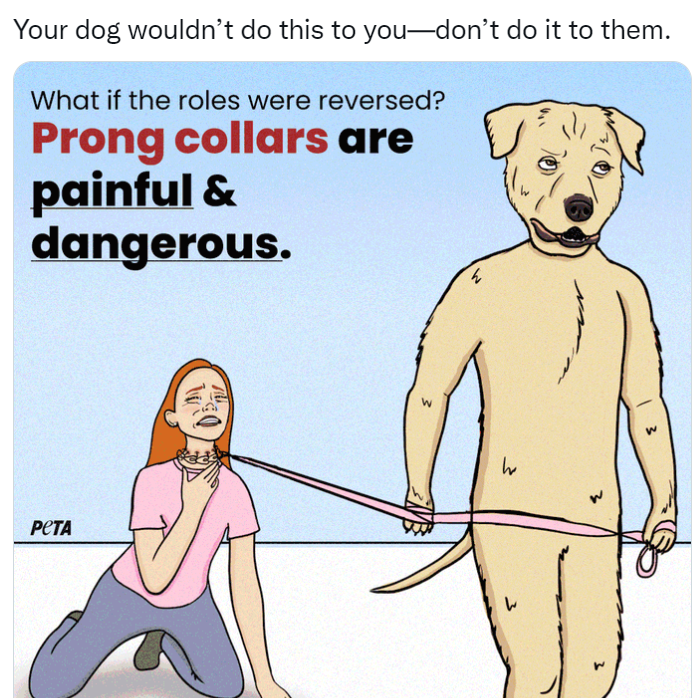