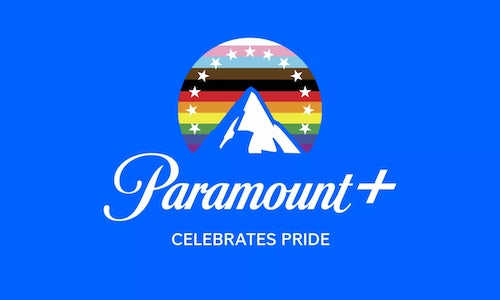 Paramount+ strives every day to uplift the wonderful people that are part of community movements both domestic and global to celebrate the ideals of inclusivity and diversity. With the understanding that growth and progress cannot exist without diversity and inclusion, the brand has partnered with many incredible members of the LGBTQIA+ community to reach out to fans and people of marginalized groups to share their pride and empower one another. As part of a massive cross-platform social media initiative, many LGBTQIA+ Star Trek cast members made posts on social media, including Jonathan Del Arco, Emily Coutts, Blu Del Barrio, and Ian Alexander. In addition, social media events such as Enterprise Bingo, hosted by RuPaul's Drag Race alum Jackie Cox, garnered significant social media attention. Pride representation was a focus at Star Trek Day as well, with cast members meeting and greeting fans and having Q and A sessions. Overall the message has been made clear: Paramount's triumphs are owed to a diverse and inclusive cast, crew, and fandom in all of its projects.

Through social media outreach and engagement, Paramount+ seeks to create fulfilling bonds with its viewership that goes beyond simply tuning in for a new episode each week. By furthering social good and showing the world not only what a diverse and inclusive society can be, but how we can get there, the brand has found a way to be a force for more than just entertainment, but future-proofing messages of acceptance and compassion. In cooperation with so many beloved and honored faces that are part of the LGBTQIA+ community, Paramount has extended a welcoming hand to those who have sought representation and inclusivity, to celebrate Pride with diverse and marginalized people.

Paramount+'s Pride Campaign on social media, at events, and in online videos has proven to be well-received and worthy of repetition in the eyes of many viewers. The natural grace with which many participating cast members so effortlessly spoke with honesty and transparency about their history of combating hate and bigotry has struck a chord with the viewership. The front-and-center approach to representing an inclusive place in much of its original programming has been inspiring and memorable among fans. Star Trek Day, Enterprise Bingo, the heartfelt posts from the cast and crew, and the passion of the writers, directors, and other behind-the-scenes production teams have all sent waves felt in all corners of the social media bubble surrounding the streaming platform. 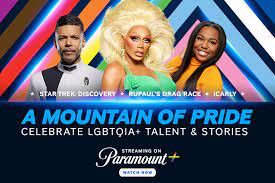