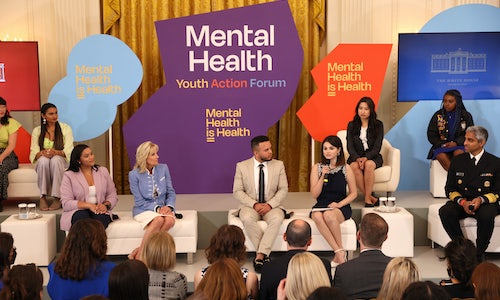 More than 18 months into COVID-19 and amidst an unprecedented youth mental health crisis, MTV Entertainment Group, along with 18 leading mental health non-profits, announced the first convening to empower young people to drive culture from awareness to action on mental health through storytelling and media. We set out to empower young people from across the country to employ their creative expertise and direct knowledge of their peers to help drive youth to take mental health actions using storytelling & media as their tools for change. MTV Entertainment is honored to have worked alongside the Biden-Harris administration and this impressive coalition of leading mental health nonprofits and 13 industry partners to engage young people in the development of creative campaigns that reach the most at-risk communities with tangible ways to take mental health actions.

In developing the Mental Health Youth Action Forum, MTV Entertainment leveraged the power of storytelling and their vast reach across multiple platforms to empower young people to drive culture from awareness to action on mental health - both in their communities and online. Our plan of action initially started with building a diverse cohort of BIPOC and LGBTQ+ young leaders ages 18-29, each with a unique perspective to share and with deep lived experience in the mental health challenges faced by their communities. We believed that there was no one better equipped to guide the creation of a new national campaign for young people than other young people who understand the barriers and challenges their peers face in seeking mental health support and taking actions.

Through a virtual six-week facilitated program, mentoring from non-profit partners, and guidance from MTV and other industry partners with experience developing creative campaigns, 30 young leaders had the opportunity to pitch digital mental health campaigns that target at-risk communities, all while learning from each other and the experienced cross-sector coalition we developed. In Washington, D.C, young leaders were given a once in a lifetime opportunity to meet the President of the United States, share their concerns with him and the First Lady about the state of youth mental health in America, and engage in an on-stage conversation at the White House with the U.S. Surgeon General Vivek Murthy and global celebrity and mental health advocate, Selena Gomez. This was the first youth mental health event that the Biden Administration hosted at the White House, and the young leaders’ voices were centered throughout the entirety of the program.

Following this first part of the event, the 30 young leaders were able to present their work to a room of Biden Administration officials, industry and nonprofit partners, and receive feedback from experts in this space.The energy in the room following this incredibly memorable and impactful day was palpable, and we were excited to surprise them at the end of the program with a $5,000 gift from Zoom Cares Foundation, which was later matched by Pinterest. This $10,000 was given to each young leader to help them take care of their own mental health and continue to build on their ideas and vision for a generation that prioritizes mental health action. We are confident that this experience has helped to reinforce their passion and commitment to their mission, and that their work in their communities can continue to grow and evolve with the skills they built in the program and the relationships they formed with each other along the way. It was important to us that their voices be heard at the highest levels of government, and that they are able to take this experience along with them to go bigger and bolder than they may have otherwise felt empowered to do.

Following a 6-week skill building program where young leaders learned from each other, shared ideas, and developed campaign concepts, the Mental Health Youth Action Forum culminated in a two-part event in at the White House, where they had the opportunity to share their personal mental health experiences with the U.S. Surgeon General, First Lady, and Selena Gomez and discuss how they have impacted their communities. After a panel of industry partners and non-profit mentors responded to their campaign pitches, Zoom surprised the young leaders by presenting them each with $5000, which was later matched by Pinterest. This funding will help to support their mental health campaigns and personal organizing efforts.

Following the Forum, MTV Entertainment has been helping the young leaders get their ideas made into national campaigns. We are proud that 10 of the 30 young leaders are working with a partner to carry their ideas forward, and others continue to be in conversation to do the same. It is our hope that the ideas that were presented at the Forum by youth and for youth are able to be seen across our platforms by thousands of other young people who are in desperate need of these mental health actions. 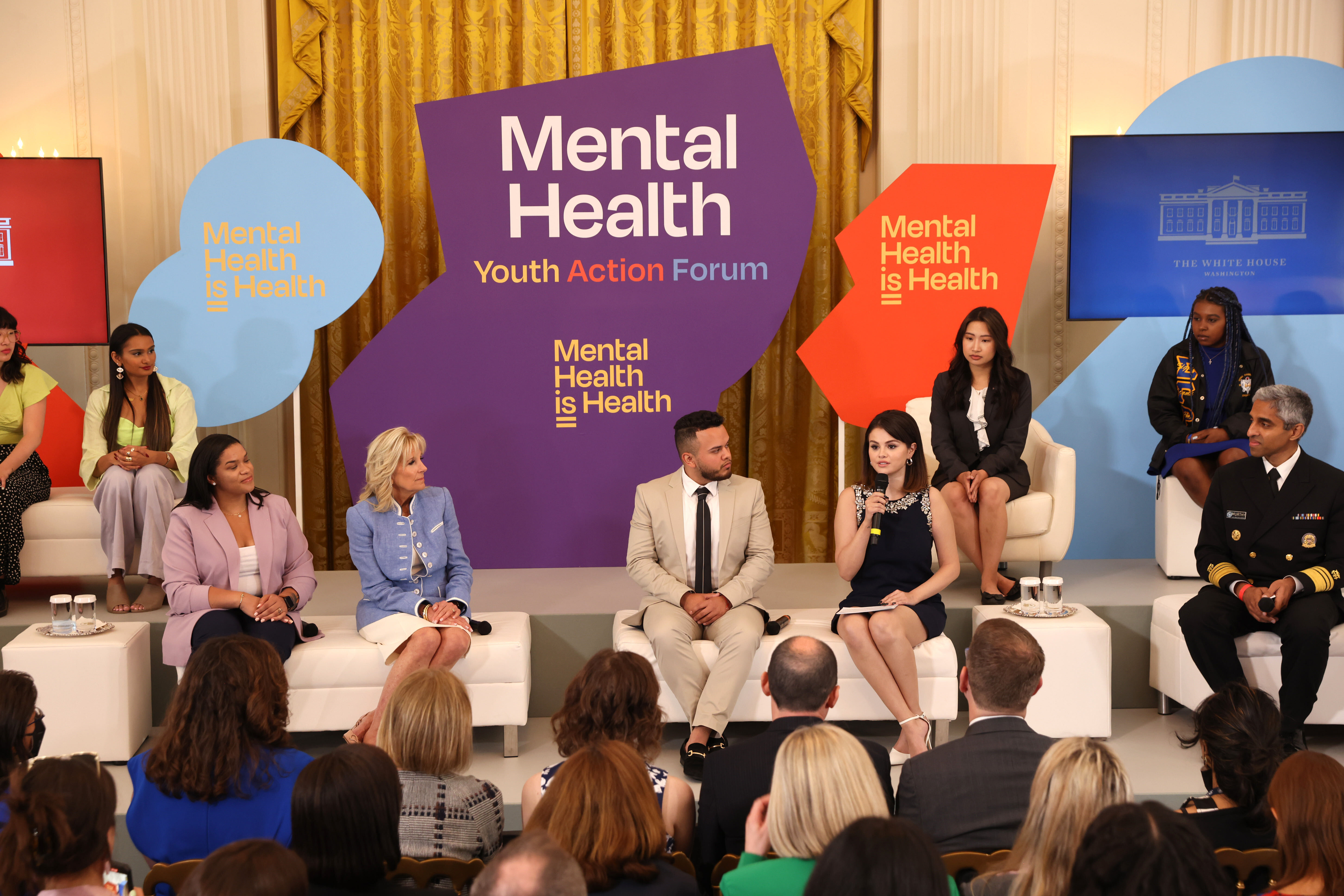