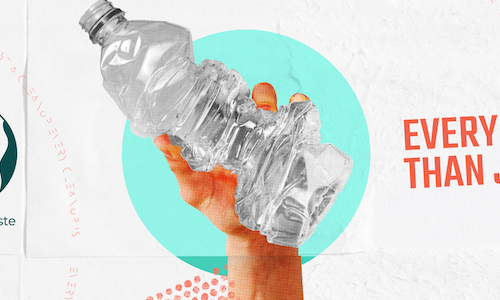 Drive awareness and social conversation around World Cleanup Day on September 18, 2021 and the Clean4Change movement afterwards!

TikTok influencers captured how they were celebrating World Cleanup Day and why it is important to do your part. Each influencer challenged their audience to clean up in their own cities as well and shared content that continued the conversation around Clean4Change!

After World Clean Up day our social accounts racked focus to simple, every day ways to help end plastic waste. From leftover hacks to sustainable fashion. The campaign didn't end on September 18th, the movement began!

Many fans commented to show their support for environmental clean up as well as cheered on the influencers for “making a difference”. Numerous commenters also shared many ways they help clean up litter around their community. The influencers garnered a lot of attention from those who didn’t know about World Cleanup Day and littering. Many were inspired to act and start picking up trash. (“Bring a trash bag when you go on hikes/walks/park and stuff! It really adds up!”,”YES!!! LETS CLEAN THE PLANET”)

Furthermore, commenters really enjoyed the influencers’ content; they engaged with them on World Cleanup Day and expressed interest in joining their team to fight against littering. Others were intrigued by the influencers themselves, and who they were with. (“I WANT TO JOIN!!!!!! Me me! PICK ME!”, “I love your attitude and your behavior can see through your personality 🥰“)