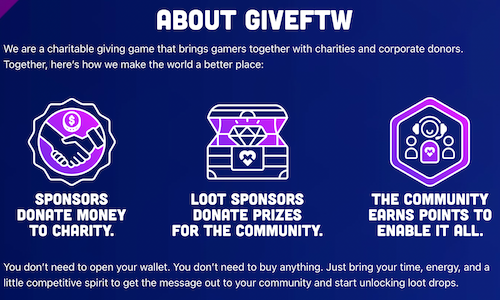 Caffelli’s goal was to activate the gaming community to support two mission-driven non-profits that focus on diversity and inclusion and conservation: The Trevor Project and Oceana.

Caffelli built a new social giving game, GiveFTW. Instead of the traditional fundraising model where audiences are asked to donate, sponsors donate money for charity and prizes for gamers, who enable everything by playing. Each GiveFTW season features a new sponsor, new prizes, and new charities.

The strategy was to have participants support the charities without opening their own wallets by completing tasks, such as learning about a non-profit’s mission and sharing their messages. Intel sponsored the first season of GiveFTW and donated money for charity and prizes.

The strategy was an overwhelming success, with participants raising awareness for The Trevor Project and Oceana and completing over 34,000 tasks. As streamers strongly aligned with the nonprofits, this sparked passionate participation from their communities. Give FTW made 14.1 million media impressions, and we also saw massive increases in social engagements.

Out of 209 survey responses, 91.9% felt more positively about the brand sponsor after participating in GiveFTW, and 98.1% said they will most likely play again. Additionally, 94.3 % of respondents said that after learning more about The Trevor Project and Oceana, they now have a better understanding of their impact and how they can connect with them. These GiveFTW Season 1 results are very encouraging for a Season 2.

GiveFTW Season 1 was successful at raising awareness for great causes and helping the gaming community make a positive impact. In a hit first season, GiveFTW donated $100,000 to The Trevor Project and Oceana. 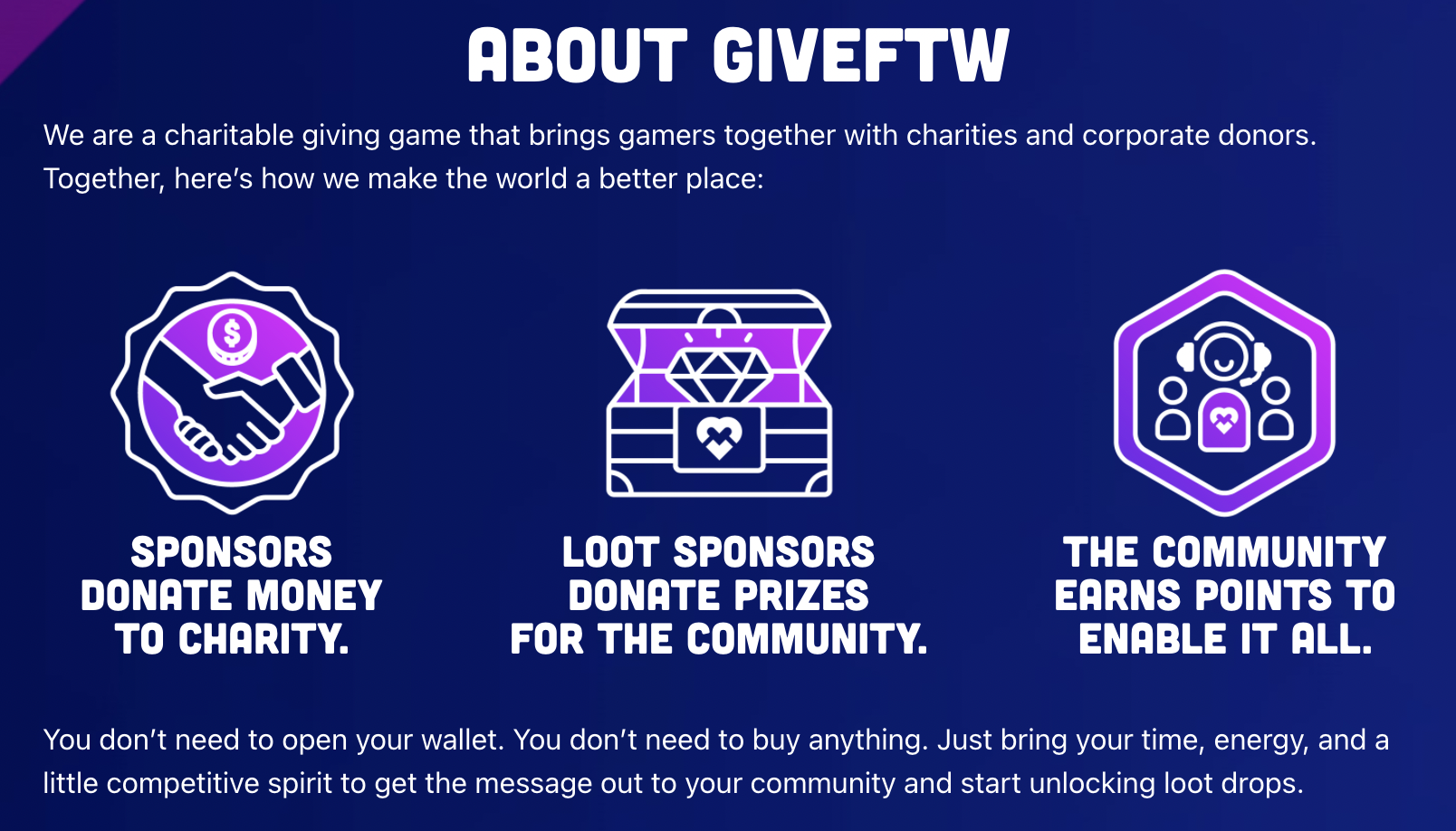