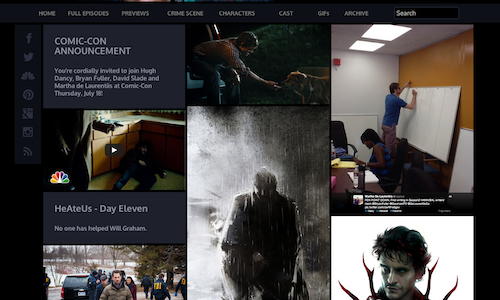 In just its first season, Hannibal skyrocketed to the ranks of one of the most popular TV shows on social. In fact, according to Tumblr, the freshman show ranked in the Top 5 reblogged shows of 2013. The official Hannibal Tumblr has been at the center of that success. It’s the hub of the Fannibal movement, recognized by fans and press alike as unique among TV network accounts. But don’t take our word for it: • Nerdophiles.com wrote: “Hannibal has quickly become one of the largest fandoms in tumblr, as a nerd, I can’t very well ignore how much their official page seems to be feeding to the flames." • Buzzfeed.com wrote that Hannibal’s “playful interactions with the show’s fans are unprecedented for any TV show, let alone one on network television." Starting with a custom theme built in partnership with Tumblr and industry leading developer Heavenspot, the Hannibal Tumblr has revolutionized how TV shows utilize the platform with innovative tags, unprecedented fan engagement, a bespoke design to take advantage of the show’s beautiful visuals, and most importantly, savvy community management that uses Tumblr the way people use Tumblr. And boy do we like GIFs:

Developing the Custom Theme: NBC partnered directly with Tumblr and agency Heavenspot to develop a custom Tumblr template. Our goal: to utilize the beautiful visuals from the show, repurpose fan content, and even build in clever nods to the show (like using a human heart icon in place of the standard “Like" button). Using Tumblr Like People Actually Use Tumblr: NBC worked with the show production to establish a tone for the Tumblr, and with our social media agency to utilize the absolute best practices in Tumblr engagement. We’re obsessed with those details. For example, take Tumblr tags. Our tags are carefully crafted to reflect the irreverent tone of the Hannibal fandom as well as the show’s creative team. They’ve become so popular, the Fannibals have started tribute Tumblrs to play along with us. Engaging with Fans: We <3 our fans. From playful Tumblr Notes to curating fan art, fan interaction is absolutely central to the Hannibal Tumblr’s success. And the feeling is mutual:

What the Press Says: 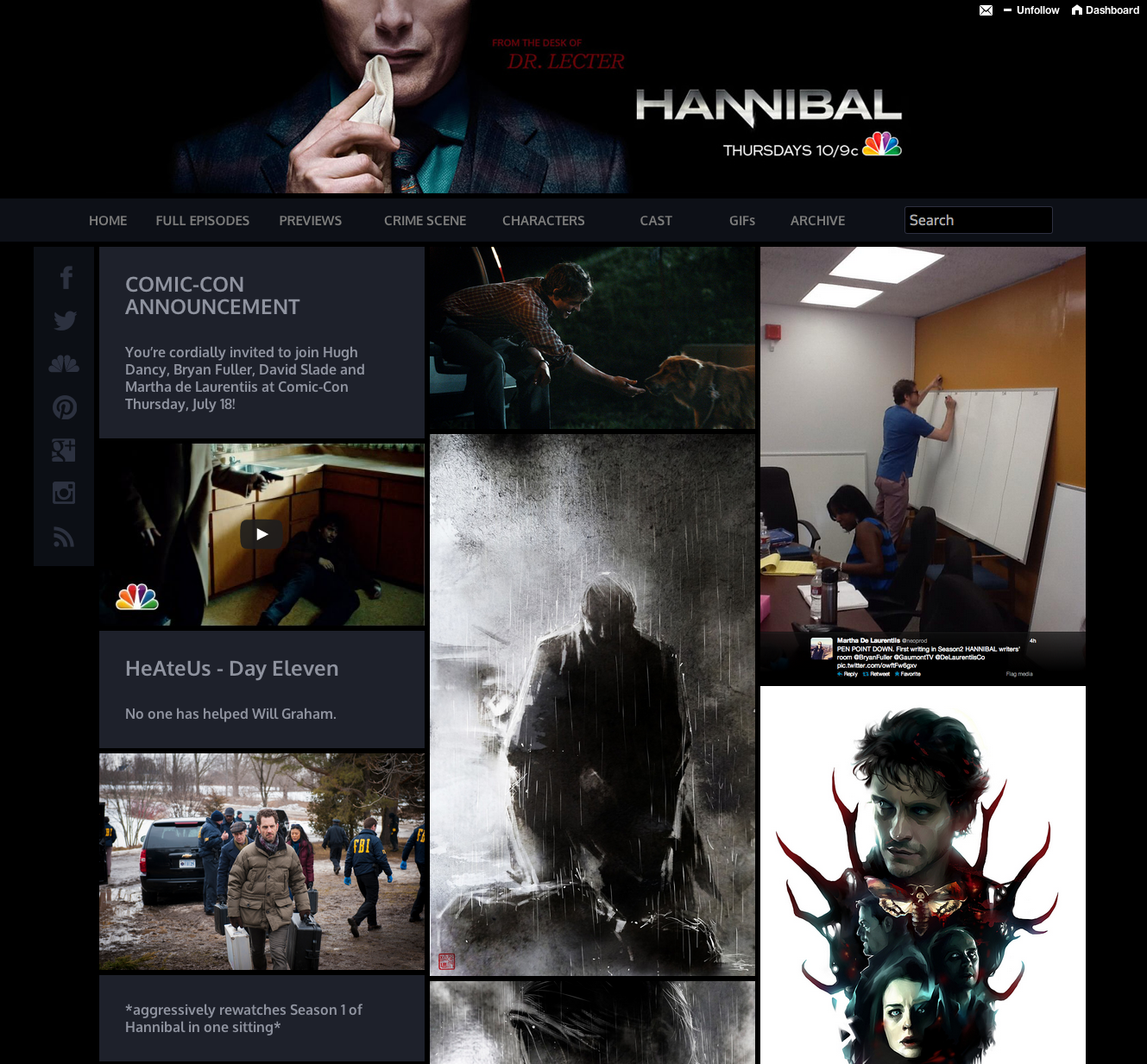