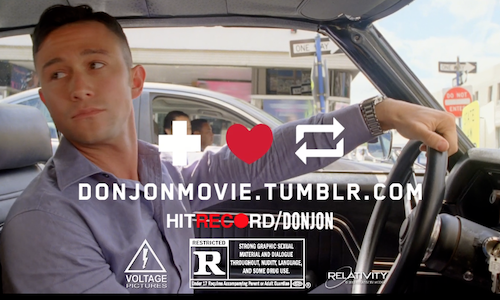 Leading up to its September 2013 release, Relativity's Don Jon theatrical marketing campaign created the first ever broadcast TV spots to drive users to the official Don Jon Tumblr page.Movies. Sex. Joseph Gordon-Levitt. Tumblr. All these words are synonymous for success. Tired of the same 'ol 1999 websites for movies, Relativity's Don Jon digital marketing team wanted to drive the big hitting broadcast TV spots to a more fun internet experience for the fans of our film. We populated the stream with hot photos of Scarlett Johanssen, Joseph Gordon-Levitt gifs, engaging film content, and unique fan art. The page received 6.2M views and a 0.81% engagement rate (based on notes alone) from its creation until the film's release date. The Don Jon campaign employed a first of its kind tune-in study that set out to prove the effectiveness of broadcast tagging on referral traffic. The results were astounding: the page saw a nearly 6x lift in hour over hour traffic when broadcast media ran. Media outperformed Tumblr benchmarks, including very strong engagement performance by the 9/11 Radar Unit, which exceeded the standard Tumblr benchmark for engagements by over 30%! Fuck yeah Tumblr and Don Jon!