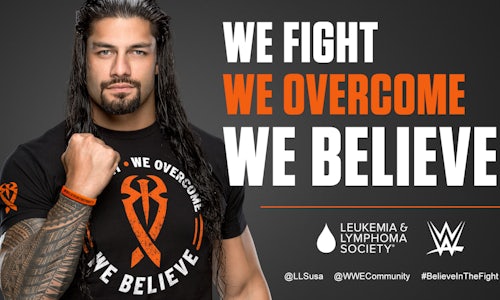 Together, Tougher Than Cancer

WWE is an integrated media organization and recognized leader in global entertainment whose mission is to put smiles on people’s faces. WWE is committed to creating meaningful, and measurable, impact for our Community partners by increasing awareness and resources through storytelling, global visibility and grassroots community outreach.

On October 3, 2019, WWE formally announced a partnership with the Leukemia & Lymphoma Society (LLS), the world’s largest nonprofit fighting blood cancers. LLS’s mission is to cure leukemia, lymphoma, Hodgkin's disease and myeloma and improve the quality of life of patients and their families.

The objective of WWE’s partnership and campaign with LLS is part of an ongoing initiative to help propel the organization’s comprehensive effort to drive more research and deliver more assistance to cancer patients and families when they need it most. WWE also supports LLS’s Children’s Initiative to address the urgent need for new and better treatments for pediatric cancer patients.

With WWE Superstar Roman Reigns serving as the spokesperson, and by rallying the entire WWE Universe, WWE is helping to provide resources, strength and hope to those battling critical and life-threatening illnesses.

For Reigns, the cause is personal—he is in remission for the second time from chronic myeloid leukemia (CML). Reigns’ personal journey with leukemia began in 2007, when he was diagnosed with CML at age 22. He battled and beat the disease; however, eleven years later, Reigns’ cancer returned, and he was forced to relinquish the WWE Universal Championship title and take time away from WWE. After facing down cancer for the second time, Reigns made a heroic return in 2019.

Over the past year, WWE and LLS have continuously worked together to raise funds and generate awareness for LLS. WWE and LLS’s initiatives to date include:

Utilizing the company’s global platforms, including TV broadcasts, live events, WWE Network (WWE’s 24/7 direct-to-consumer network) and digital and social media platforms, WWE has helped raise funds and encourage the WWE Universe to learn more about LLS's mission and organization. Through this partnership, WWE and Reigns have generated awareness and support for research to find new, less toxic treatments for childhood cancers, and LLS’s unique educational and support services for patients and families, including financial assistance. Additionally, a portion of sales from select Roman Reigns’ merchandise have been donated to LLS.

Video for Together, Tougher Than Cancer 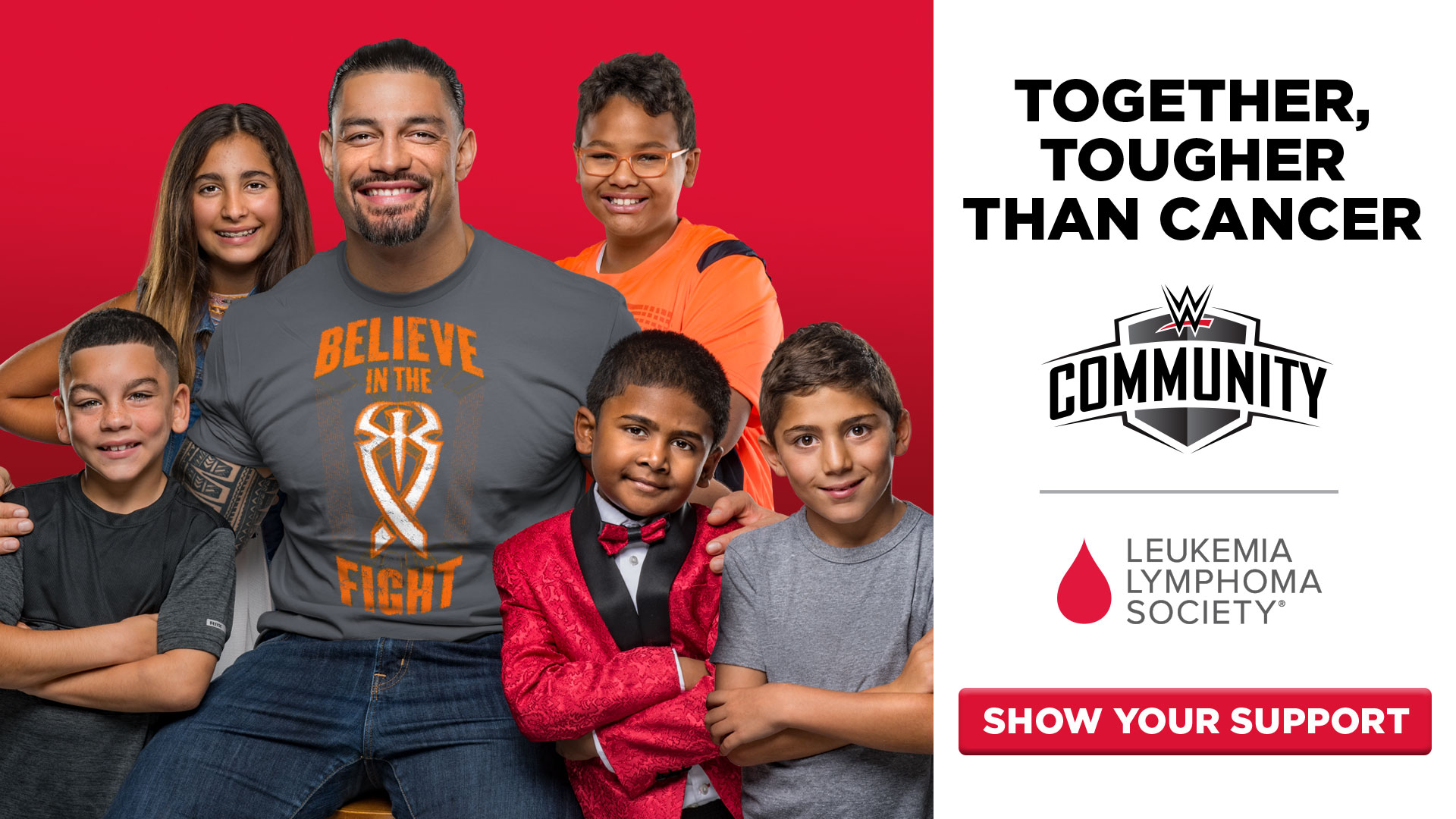 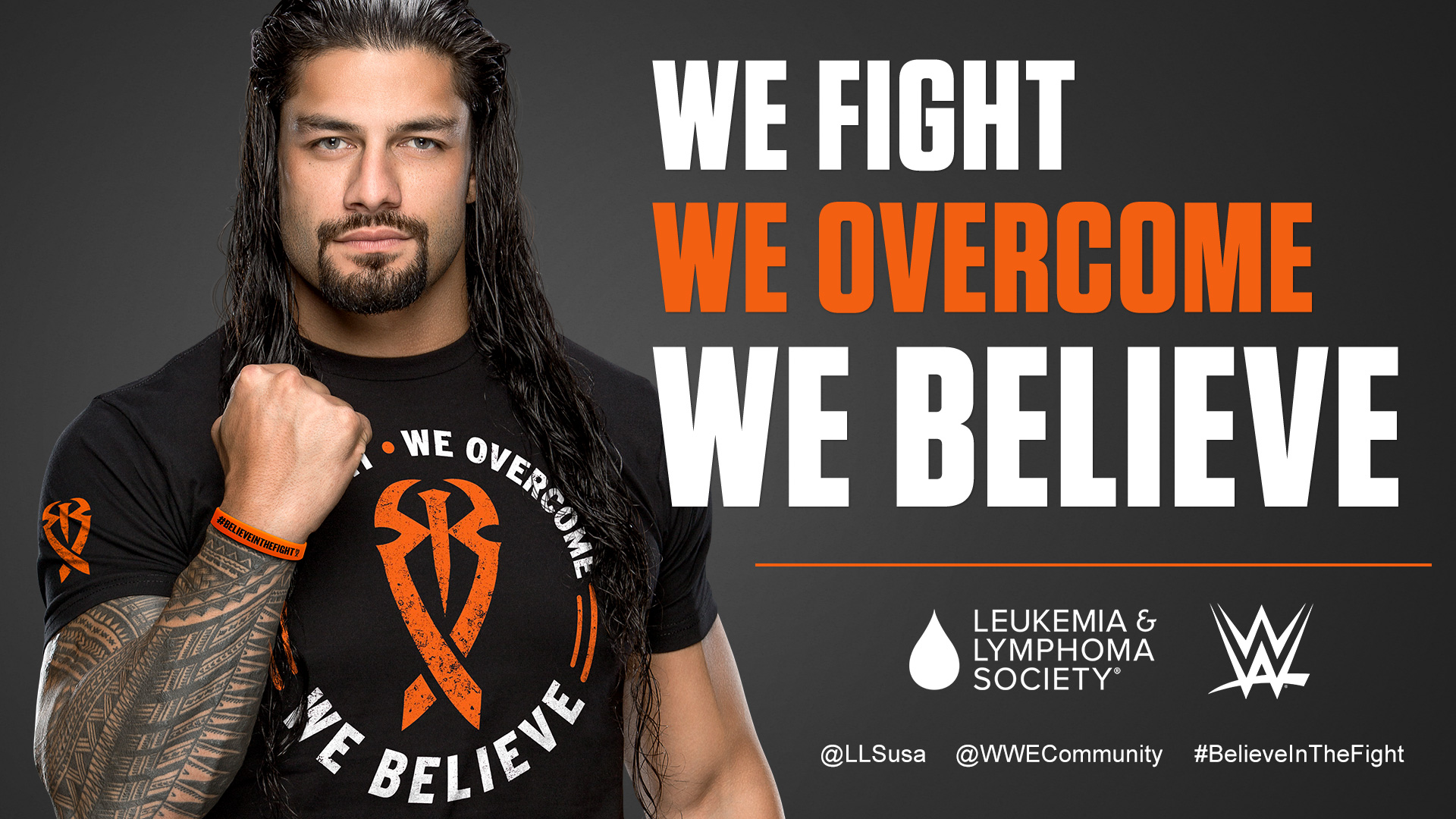