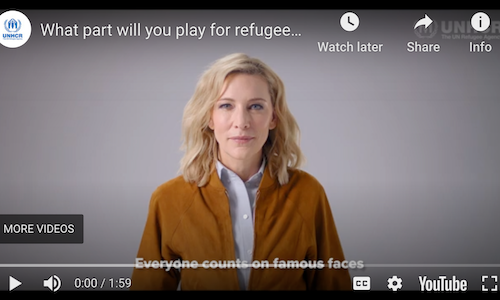 In late 2019, Blue State was asked to help generate public awareness and engagement around the first-ever Global Refugee Forum. The aim was to create compelling public-facing content to mark the first Forum, led by UNHCR alongside Member States, international organizations, refugees, civil society, the private sector, and experts. Blue State was tasked with creating and producing a campaign that would get the public talking about and positively engaging on the issue of refugees, and celebrating refugees’ achievements around the world.

Blue State researched and studied attitudes towards refugees to understand what would impact public opinion. Using UNHCR’s existing ‘Everyone Counts’ manifesto, Blue State was tasked with creating a fresh and timely narrative that not only highlighted the challenges refugees faced, but drew attention to their positive contributions to society and called on everyone to take action.

The #EveryOneCounts central campaign was shot in locations around the world. Working closely with UNHCR’s Goodwill Ambassador team, the film featured the voices of both celebrity supporters but also refugees. In total, 16 well known UNHCR Ambassadors, supporters from all over the world, were featured in the film, including Benedict Cumberbatch, Ben Stiller, Cate Blanchett, Nomzamo Mbatha, David Morrissey, and Riz Ahmed. The well-known faces challenged and gently satirized the idea of the ‘celebrity-led’ film, before placing a range of refugees themselves center stage. The film concept focused on positive representation of refugees as opposed to victimization with the central premise that if we all work together, things can change and that everyone has a role to play in creating change

As a second-tier to the public engagement campaign, Blue State created a concept and template creative enabling UNHCR to run an innovative social media campaign featuring refugees ‘taking over’ the social channels of celebrities, including Stephen Fry and Neil Gaiman.

During these takeovers, Ambassadors posted unusual facts and unknown success stories — seemingly about themselves — later revealing that these were in fact the stories and contributions of refugees. The featured refugee stories included Razan Alsous, the founder of Yorkshire Dama cheese, and Syrian female pilot Maya Ghazal.

Across the campaign, the public was directed to an innovative online quiz questioning how, if they were leaders and decision-makers, they would help refugees. Blue State concepted, wrote, designed, developed, and launched the quiz on the UNHCR website. After taking the quiz, the participants received a personality type (e.g., activist, community builder) and a set of corresponding actions they could take, showing that there isn’t just one way to help refugees. This included ‘stickers’ for Instagram that would promote their personality type and encourage others to take the quiz.

52% of mentions expressed joy at the campaign or stories they uncovered and doubled positive sentiment on Twitter around the topic of refugees.

When comparing the week of the awareness campaign launch with the seven days prior, 22% more money was raised globally, and the global conversion rate increased by 27.9%.

UNHCR worked with its offices globally to promote the campaign across the world, and the quiz was used by Italy, China, MENA, Canada, Hong Kong, and France rolling out activity from January 2020 onwards.

Video for Everyone Counts Campaign 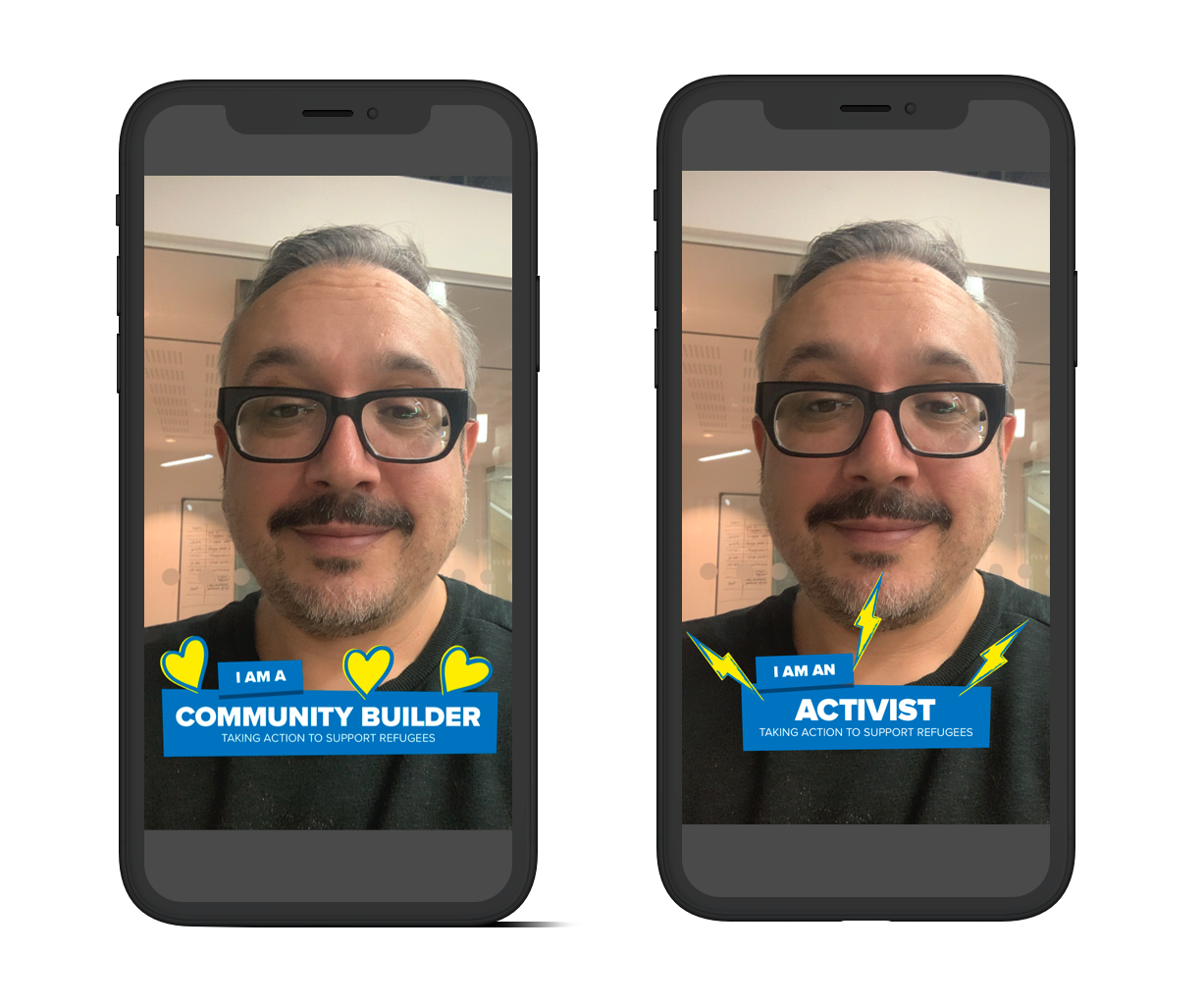 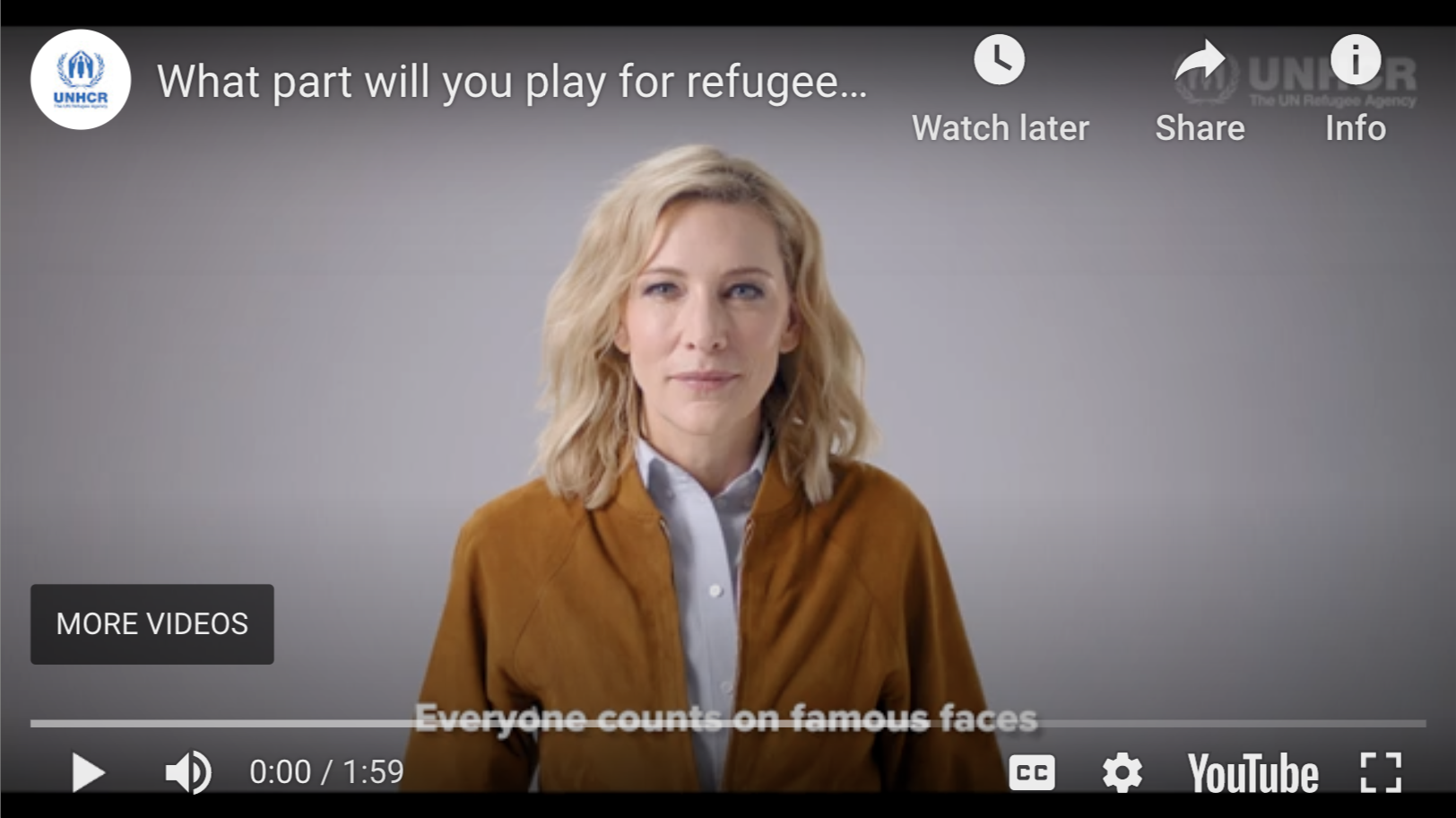