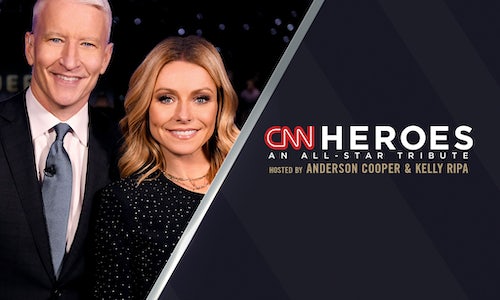 Since 2007, CNN Heroes has honored hundreds of everyday people who are making the world a better place. We shine a light on folks who, too often, work hard and work selflessly in obscurity. CNN is the #1 name in news, and CNN Heroes exposes these inspiring individuals and their nonprofits to a global audience. CNN Heroes actively works with honorees to raise money that helps them continue and expand their work while raising awareness of their causes. We invite our audience to engage, learn, and be a part of the process from nominations through selecting the CNN Hero of the Year and be inspired every step of the way.

CNN Heroes: An All-Star Tribute brings together some of the biggest names in entertainment to honor these everyday heroes live on CNN. It is the culmination of an annual campaign that takes place across multiple platforms and around the world.

To be considered as a CNN Hero, each honoree must be nominated online by someone who they inspired. Producers travel the world to capture the CNN Heroes in action and show their impact. These videos are used to tell their stories across platforms. In 2019, they produced more than 40 documentary shorts that published on CNN.com, Facebook, Twitter, and Instagram. Moving soundbites are broadcast on CNN TV, telling stories and prompting viewers to engage online.

Viewers inspired by the Heroes’ stories have an easy way to donate thanks to our partnership with GoFundMe Charity. We begin the fundraising process as soon as each Hero’s story goes live. GoFundMe Charity also helps administer donation matching from Subaru. Subaru’s sponsorship of CNN Heroes goes back more than a decade. The company offered a dollar-for-dollar match up to $50,000 for each of the Top Ten Heroes.

The CNN Hero of the Year is chosen online. Viewers are urged to vote up to ten times per day, every day of the voting period. This allows them to support the work of multiple Heroes while continuing to engage with the CNN Heroes campaign.

The result of the voting was announced on December 8th during CNN Heroes: An All-Star Tribute. The two-hour live show was hosted by Anderson Cooper and Kelly Ripa, broadcast on CNN, CNN International, CNN en Español and CNNgo with exclusive content featured across CNN, CNN Heroes and AC360 social media accounts. The show honored all of 2019’s Top Ten CNN Heroes, and Freweini Mebrahtu was named the 2019 Hero of the Year.

A-List celebrities including Jon Bon Jovi, Kathy Bates, Alfre Woodard, Julia Stiles and more each delivered moving speeches honoring individual Heroes. Andy Grammer performed his song “Don’t Give Up on Me” with the PS 22 Chorus. The Heroes’ stories were retold in never before seen video profiles. Some of the most talked-about moments featured the show’s surprise guests including Robert F. Smith, Nathan Bain and Keanan Lowe.

The evening’s excitement played out differently depending on how you chose to follow. Before the show, Facebook Live took viewers onto the red carpet to catch up with the Top 10 Heroes. During the show, Facebook video featured exclusive moments with the Heroes and their celebrity presenters as they stepped off the stage.

Producers quick turned the show’s big moments for Twitter. Instagram Stories captured the fun and excitement that the TV cameras did not catch.

The Show ranked #1 in cable news among adults 18-34, topping both Fox News and MSNBC. 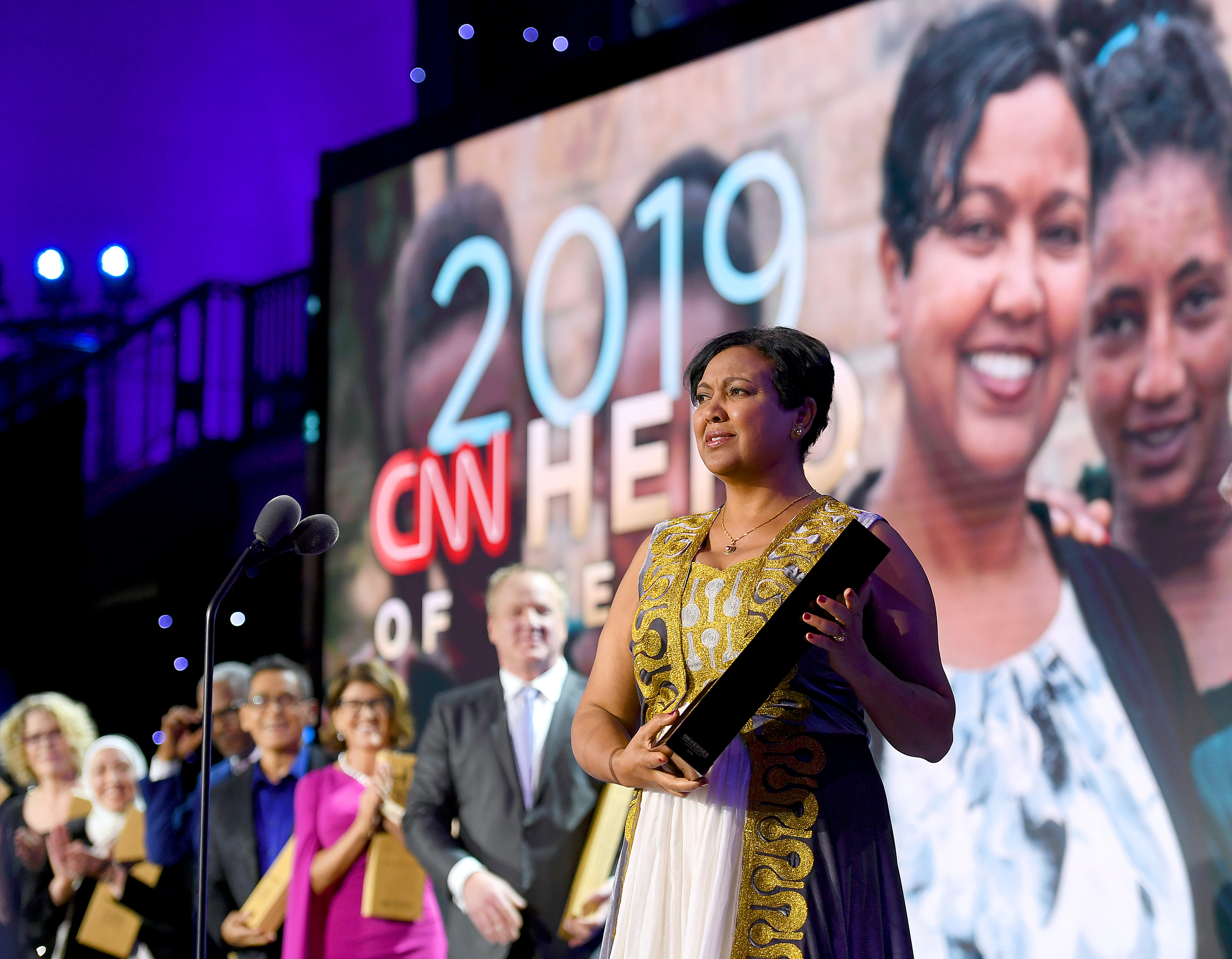 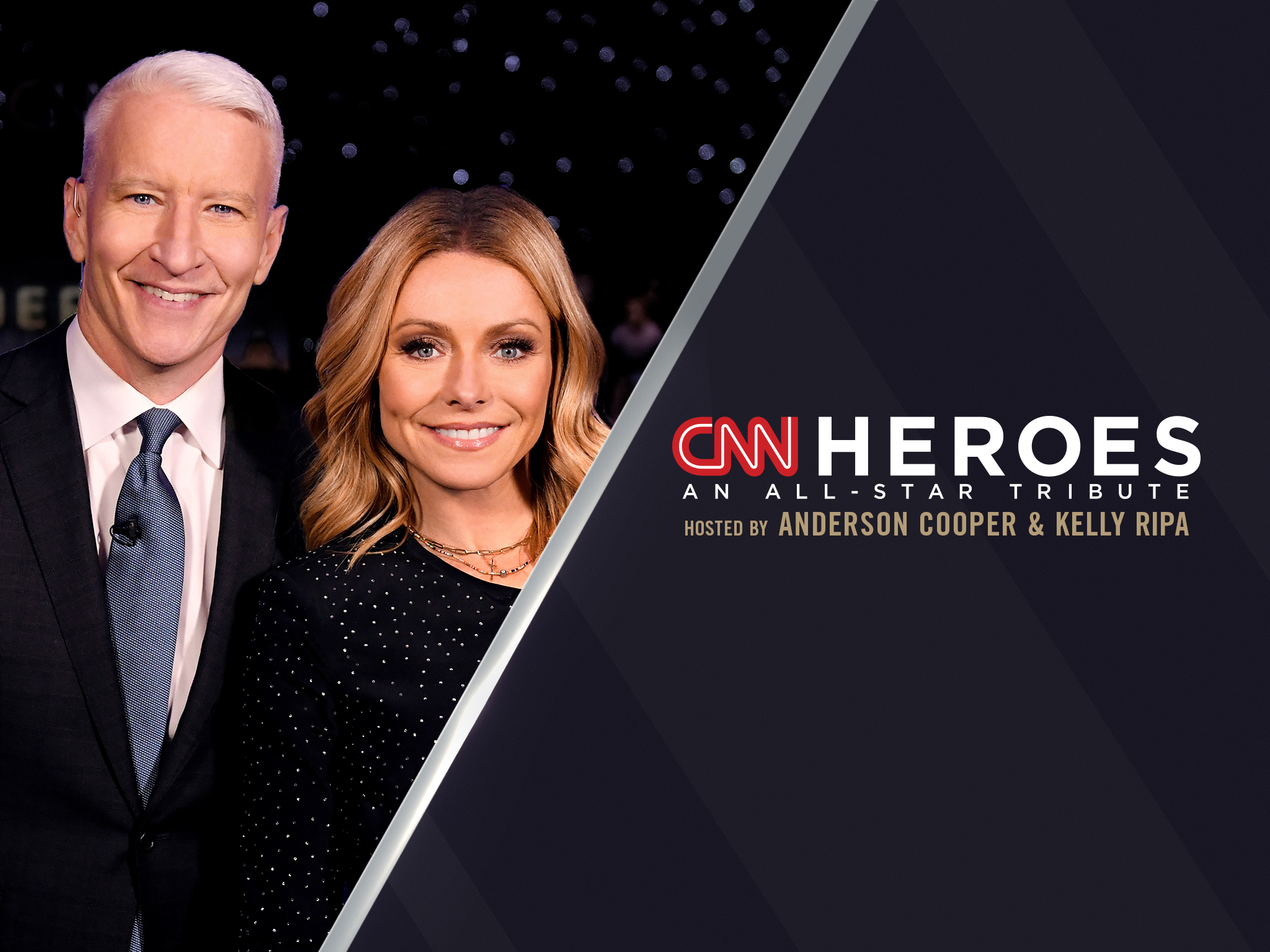