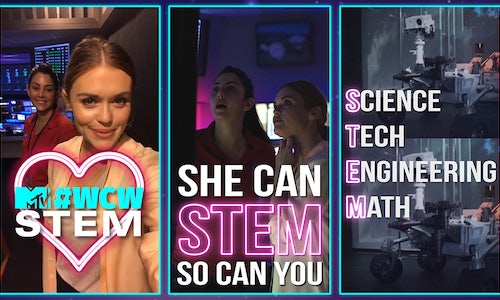 MTV’s Instagram TV series Women Crush Wednesday: STEM Edition was crafted with a clear mission: to encourage our female audience to pursue careers in STEM (science, technology, engineering, math) by showing a diverse array of women in different STEM fields. Statistics show that boys and girls are equally successful in STEM subjects until age 12, at which point female achievement drastically drops. This 5-episode series was designed to combat that by inspiring young female viewers on the myriad ways they can pursue a career in STEM that they may not have known existed.

We profiled a range of incredible women with careers in different STEM fields. Holland Roden (Teen Wolf) acted as our official host and chatted with these women to learn about what they do, what drives them, and how it feels to be breaking through glass ceilings. The series was built exclusively for MTV’s IGTV account and heavily implemented graphics to engage a younger-skewing female audience. We tackled a classic interview format but infused a social-leaning edit strategy to create a custom in-app viewing experience, and we leaned into the “listacle” format to allow our earnest message to be delivered in the most digestible way possible for our audience.

The goal of the entire campaign was to inspire real-world results in the form of young women being exposed to careers and life paths they hadn’t considered for themselves. In multiple focus groups, we found that viewers were engaged for the total run time of the videos and afterwards felt they had learned about a new career path from the episode. 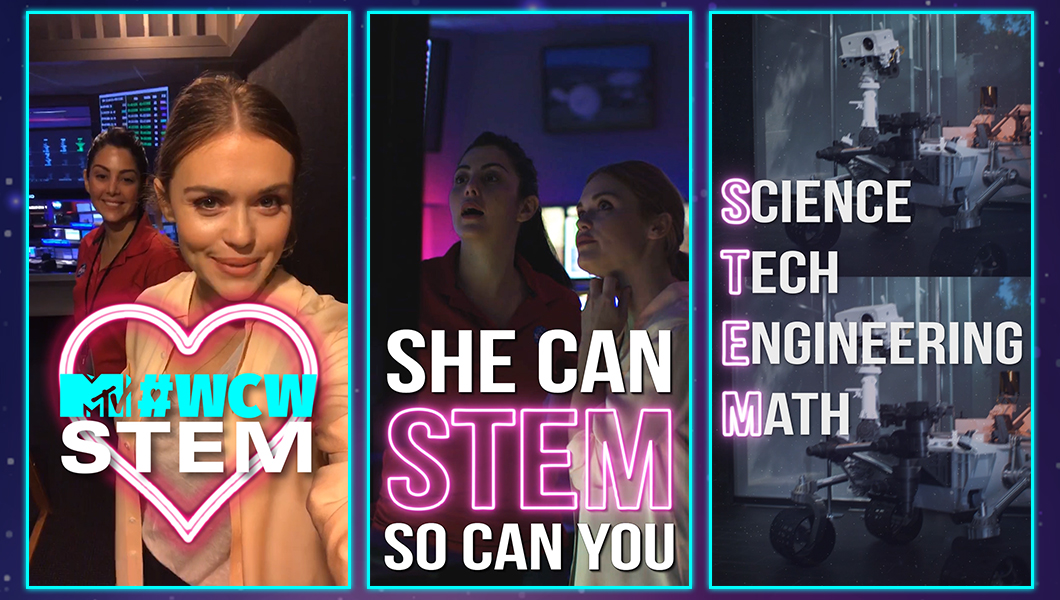