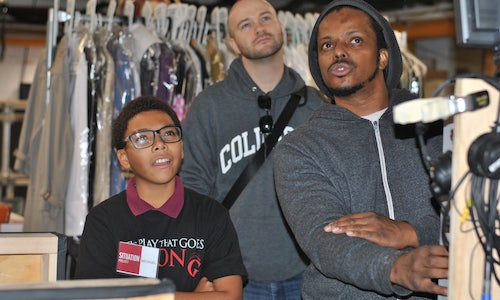 A Day With The Play That Goes Wrong

What do you do with more than 2 million seats that go unsold on Broadway every year?

Beginning in 2011, Situation Project began connecting high-performing New York City public schools in under-served areas with arts and cultural experiences. As a non-profit organization, we currently deliver at least two experiences to each participating student every year—starting with filling those unused Broadway seats at shows like “The Lion King” and “Cirque du Soleil’s Paramour.” We also provide hands-on activities that integrate technology with the arts, deepen student encounters, and inspire the leaders of tomorrow.

In the fall of 2018, Situation Project invited 15 hand-selected students from MS 343 to participate in an opportunity of a lifetime: they would take over Broadway’s Lyceum Theatre for a matinee performance of “The Play That Goes Wrong.” Shadowing both cast and crew, the 7th-graders immersed themselves in all aspects of the theatre from behind-the-scenes lighting and sound design to front-of-house ticketing and merchandise. These students received a first-hand experience of potential new career paths. Not only that, but more than 300 students from three of our public school partners attended the show, witnessed their classmates in their roles, and laughed at the on-stage mishaps of the performers.

Before Situation Project, the number of kids in our founding school who applied to performing arts schools was 0-2 out of a class of 100—most had never considered the arts to be a possible career field. But, by the time the first Situation Project class was ready to graduate, 16 students had applied. While we are greatly encouraged by this metric, Situation Project isn’t about big numbers or getting clicks, or views, or likes; it’s about introducing students to arts and ideas, stimulating their imaginations, and inspiring them to explore new possibilities. We now work with three public schools in New York City, and we’re poised to reach 20,000 student experiences in 2019.

The Day With The Play That Goes Wrong may have only filled 300 of those 2 million empty seats, but as Assistant Principal at PS/MS 278 Tania Sanchez said, “The biggest benefit our students have had is the opportunity to expand their cultural lens while also being given the chance to appreciate the arts. Students have also made a personal and real connection to the performing arts.” When it comes to the future of these students, “The Play That Goes Wrong” did something right.

Video for A Day With The Play That Goes Wrong 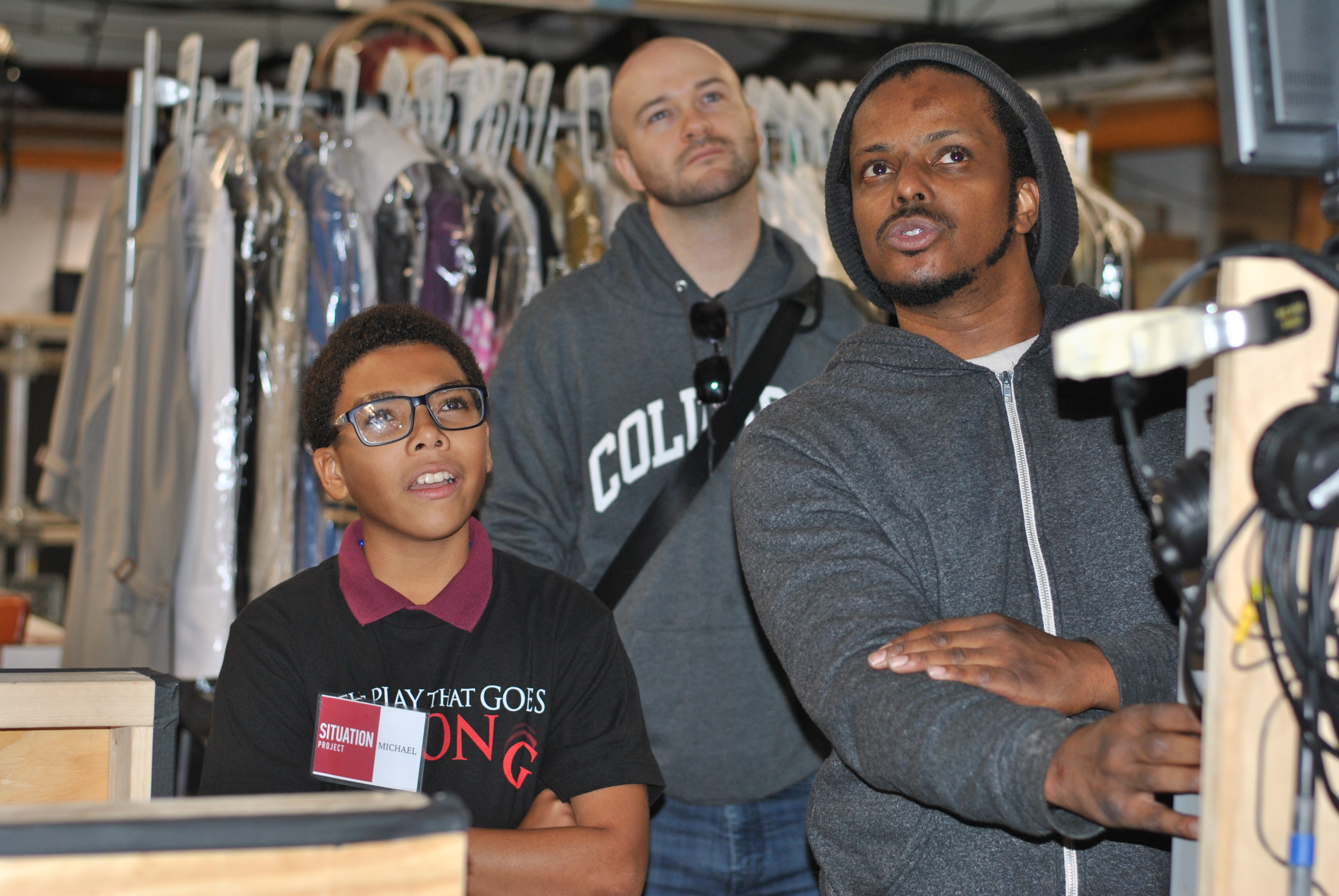 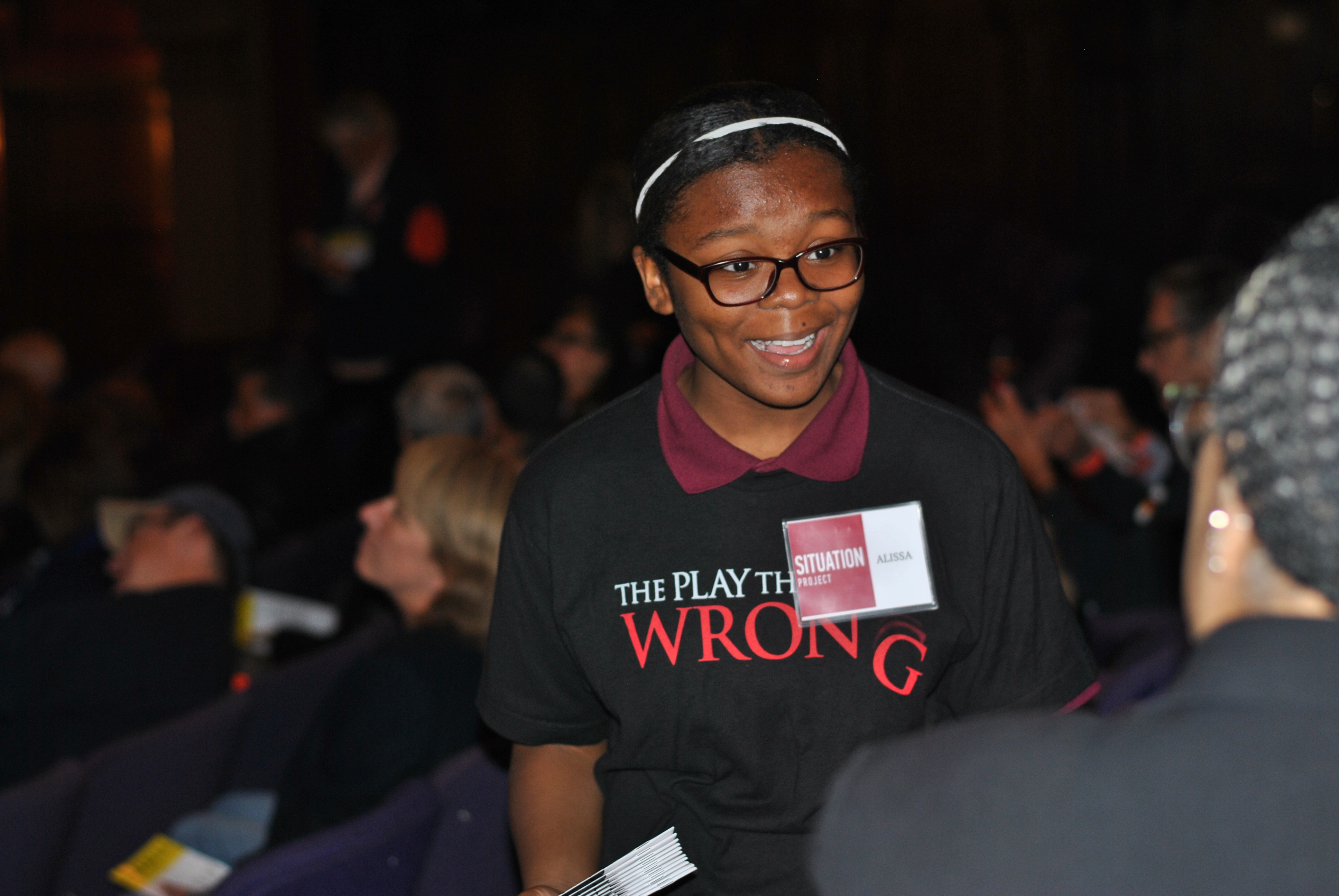 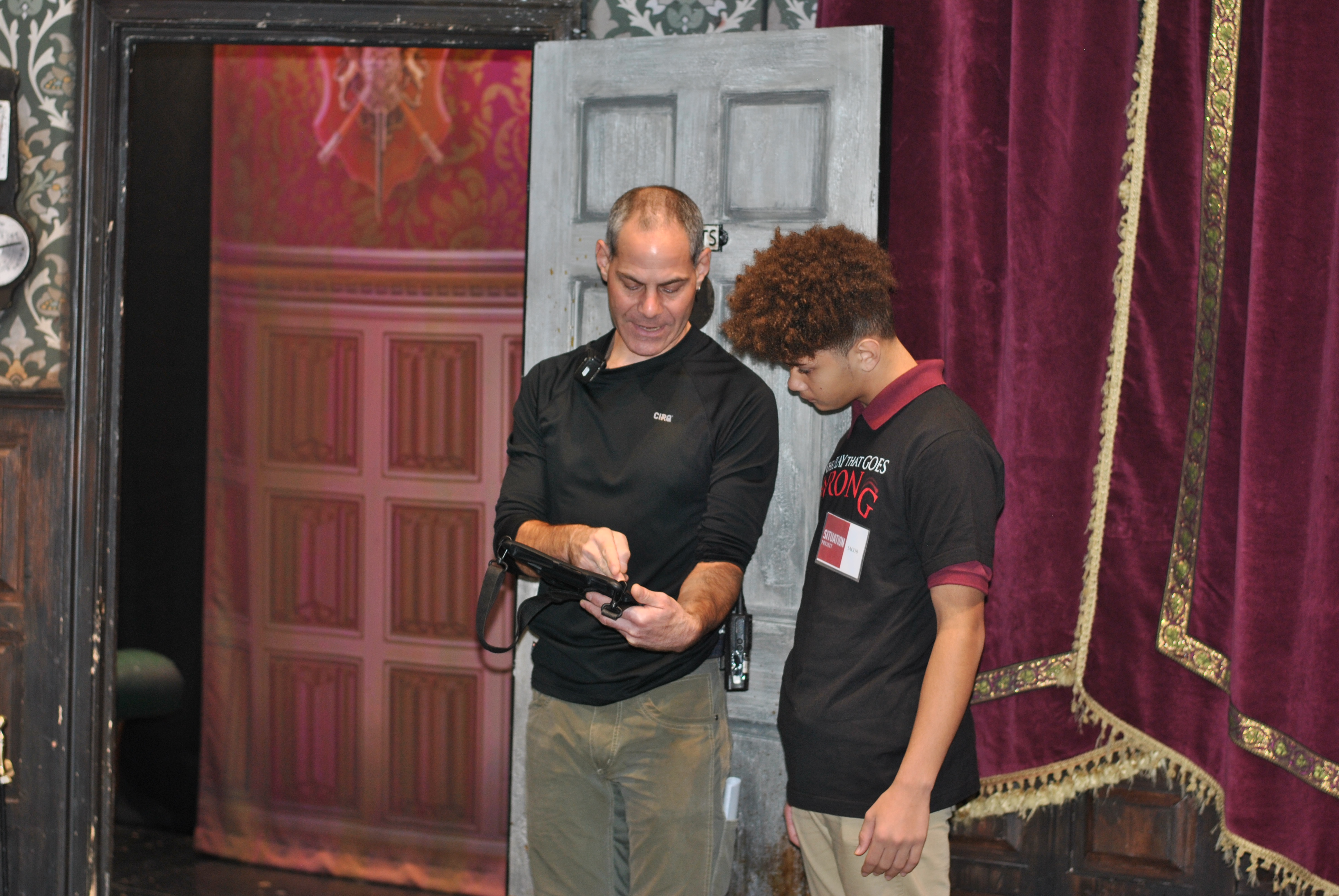 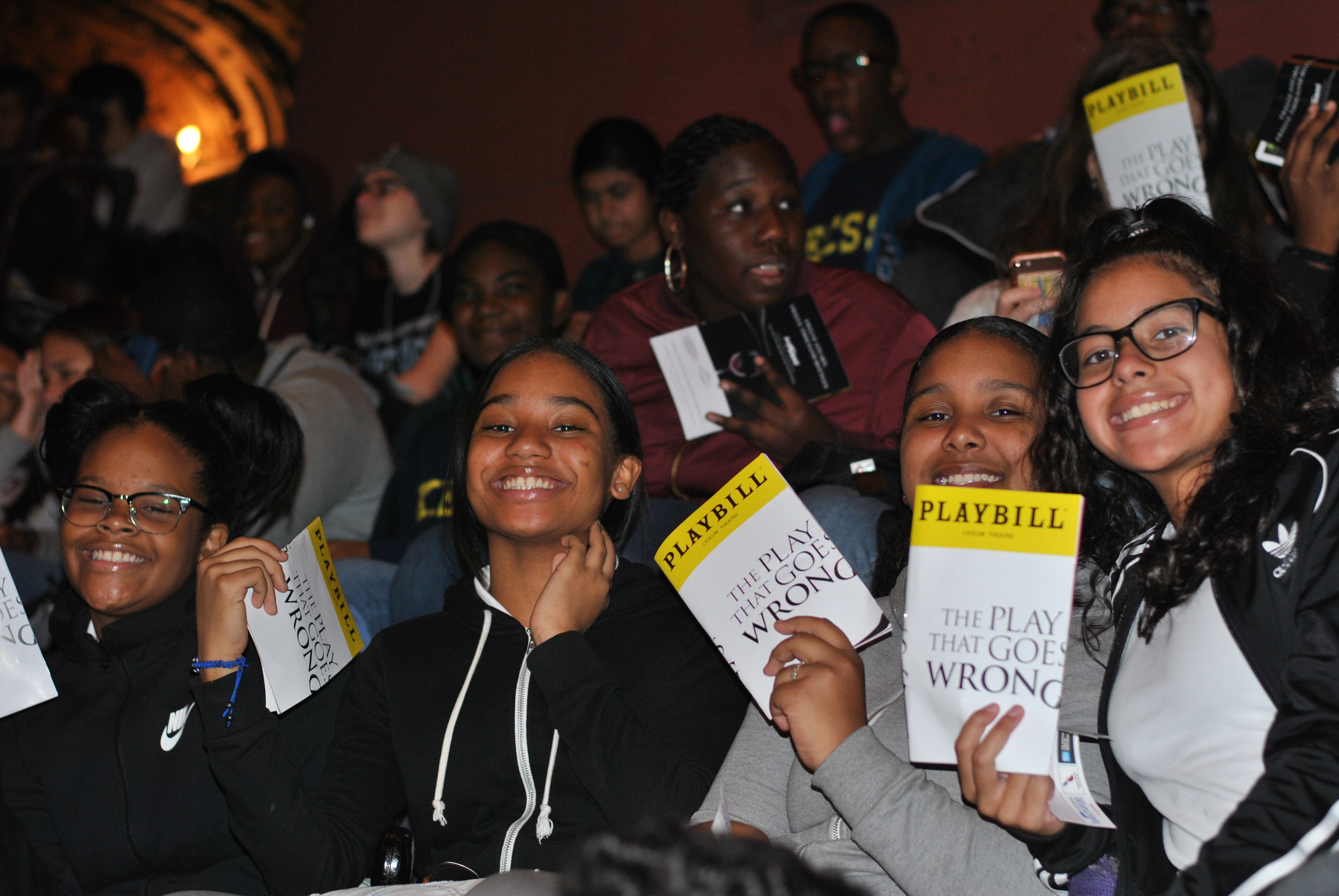 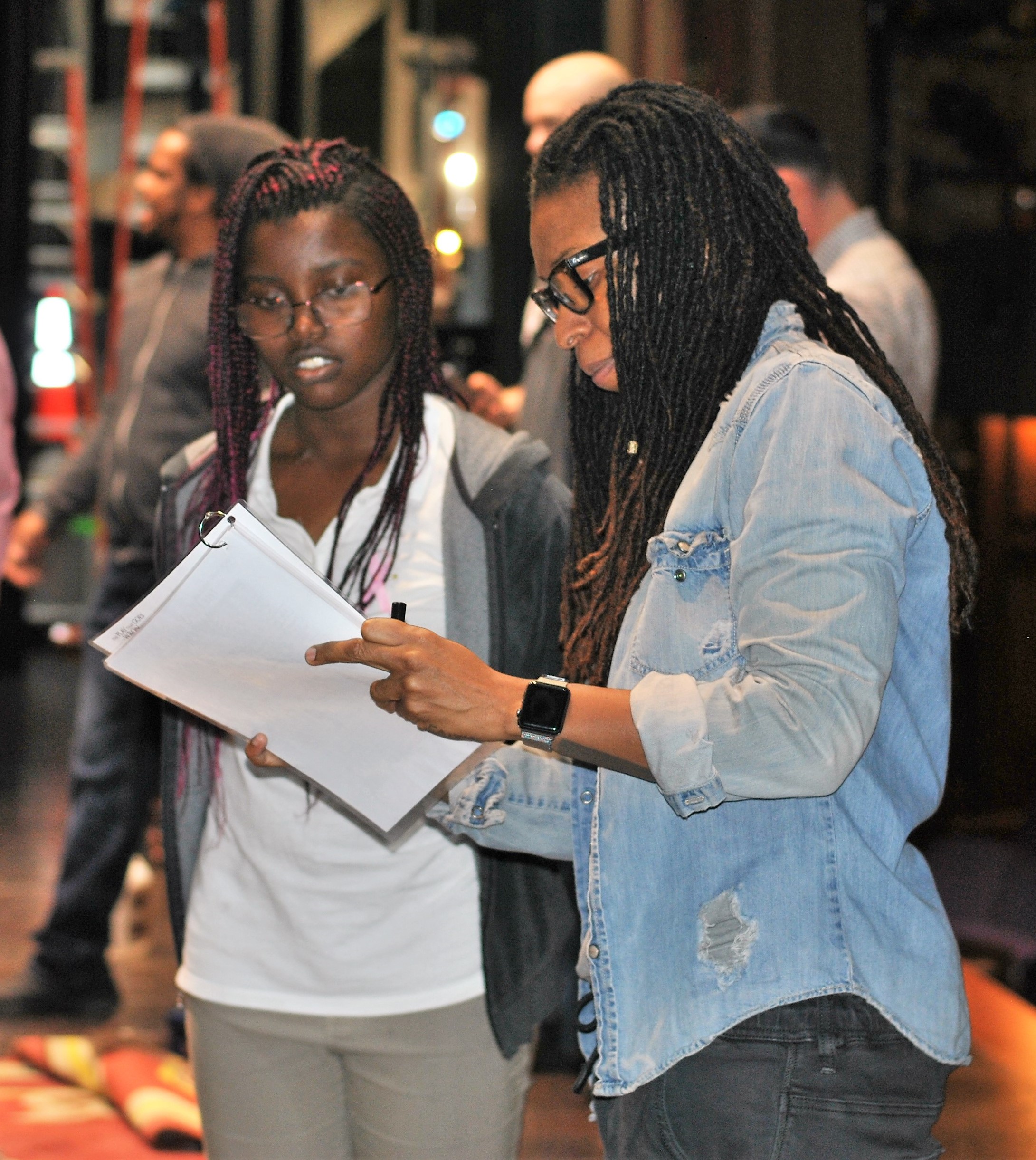