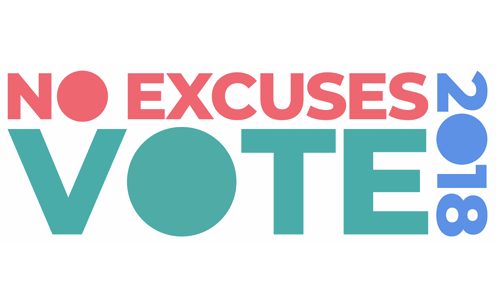 theSkimm is a membership company that makes it easier to live smarter. We want to help female millennials make more informed, confident decisions in their lives, and voting is one of those decisions. In 2016, theSkimm launched its nonpartisan "No Excuses" platform to inform and mobilize its highly engaged audience on the issues and candidates running for office. As part of this effort, theSkimm registered 110,00 people to vote, 95,000 of which were women.

Since the inauguration, theSkimm's first and third party research on female millennials has found that 73% of millennial women are dissatisfied with the direction of the country today, and just 46% of female millennials are "absolutely certain" they'll vote in the upcoming midterm elections, which is lower than all other demos. For the 2018 midterms theSkimm is looking to go further and get 100,000 people to actually show up and vote. To do this, theSkimm will provide the information to inspire and empower our audience to participate and activate them by building a platform and and grassroots movement that brings people together and gets them to the polls.

At the heart of this campaign are more than 30,000 Skimm'bassadors, loyal brand representatives, that have been tasked with mobilizing their local communities to make sure they're registered, informed, and get to the polls this November.

This year, theSkimm has built a 360 strategy that takes people from start to finish. Our nonpartisan platform will get people registered, informed, building their ballots, and actually get them to the polls on Election Day. Some of the 2018 campaign, includes:

In 2016, 92% of Skimm'rs who were aware of the No Excuses campaign voted in the presidential election. Over the course of the 2016 "No Excuses" campaign, theSkimm registered more than 110,000 people to vote, more than 2x Facebook's impact. 95,000 of them were women. These results made theSkimm one of Rock the Vote's largest partners.

As part of the 2018 No Excuses campaign, this year we're going bigger and want to get 100,000 people to actually show up and use their voice at the ballot box. Ahead of the campaign's launch on September 5th, theSkimm has received more than 15,000+ opt-ins from our audience to join the No Excuses campaign and get people to the polls. This campaign is aimed at eliminating all the excuses people have when it comes to why they don't vote. It's time to change expectations. It's time to show up.

Video for theSkimm: No Excuses. Vote 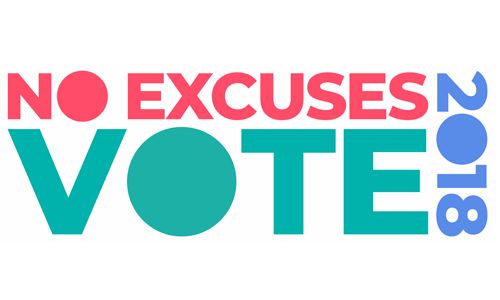