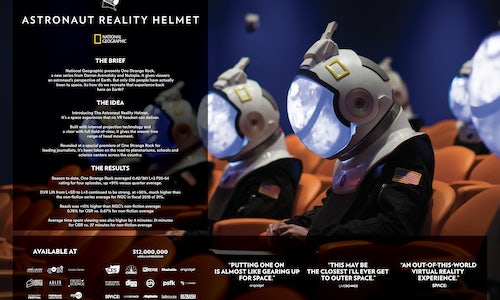 This past spring National Geographic premiered One Strange Rock, an event series from Darren Aronofsky and Nutopia. The show tells the story of Earth, told from the only people who have ever left it: astronauts.

But only 536 brave souls have actually been to space. It requires years of training and education, millions of dollars and state-of-the-art technology. So to promote the show we thought: how can we recreate that experience without requiring viewers to leave the planet?

Inspired by the innovative storytelling in One Strange Rock, we created the Astronaut Reality Helmet to bring this unique astronaut vantage-point even closer to those on Earth. It is a wearable immersive experience housed within a replica space helmet. Housed in a replica space helmet, the projection technology creates an immersive viewing experience through a unique combination of laser projection, custom fish-eye optics and in-built audio.

The Astronaut Reality helmets made their debut on March 14th 2018 at the One Strange Rock press premiere event in New York. As a consumer engagement activation, the helmets served its purpose to generate strong media attention and encourage viewers to tune into National Geographic's new show One Strange Rock.

As a result, One Strange Rock viewership was 13% higher than the channel's non-fiction average performance. For its first four episodes, the show ratings were up 91% versus the quarter average. Looking at the 2018 fiscal year performance for the National Geographic Channel, the second half of the year really boosted the overall ratings for the network, which allowed for a successful year. One Strange Rock's premiere in March 2018 (Q3 FY18) contributed to National Geographic's successful yearly ratings, which directly helped achieve the Nat Geo business objective to generate TV revenue.

Video for The Astronaut Reality Helmet 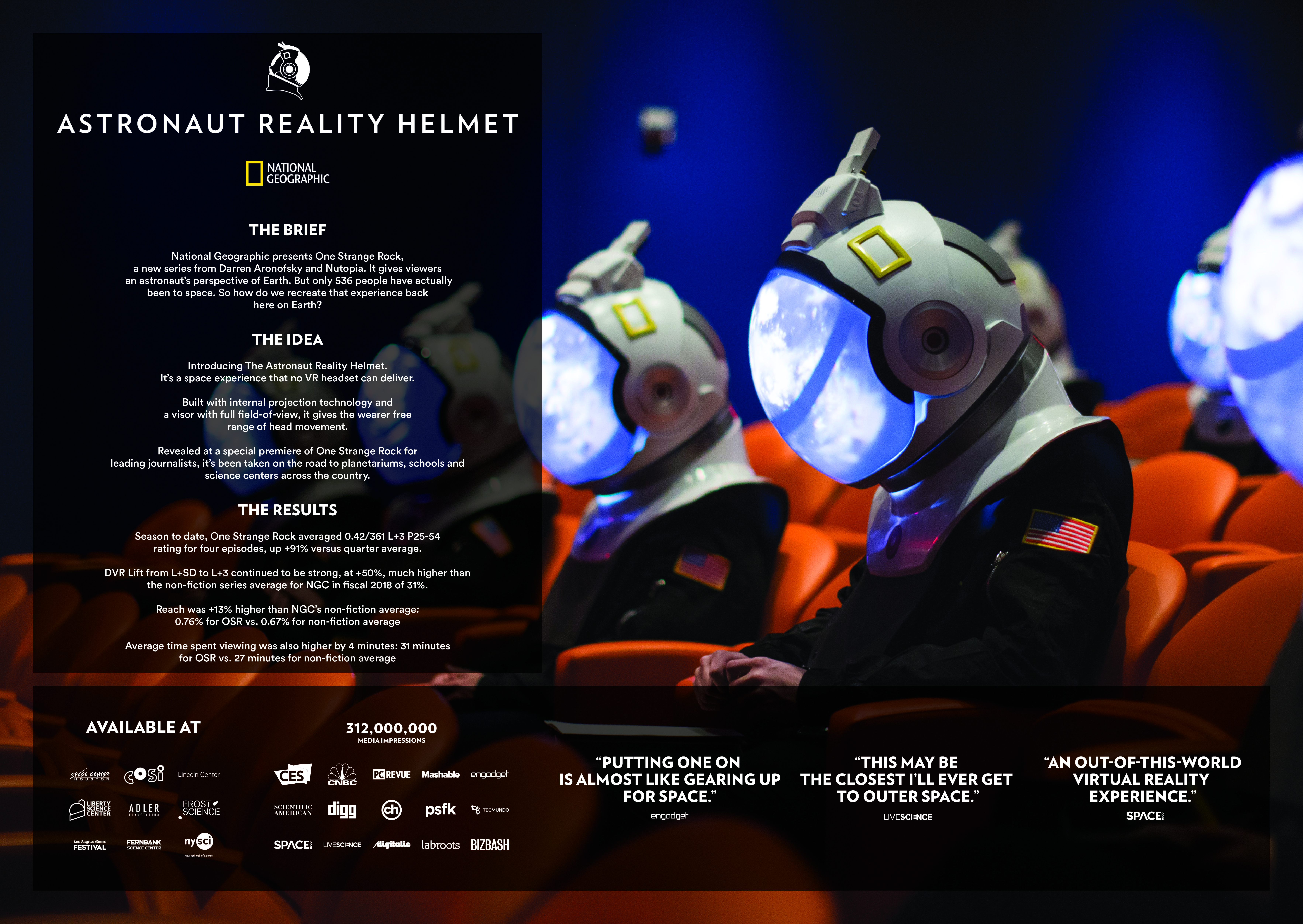 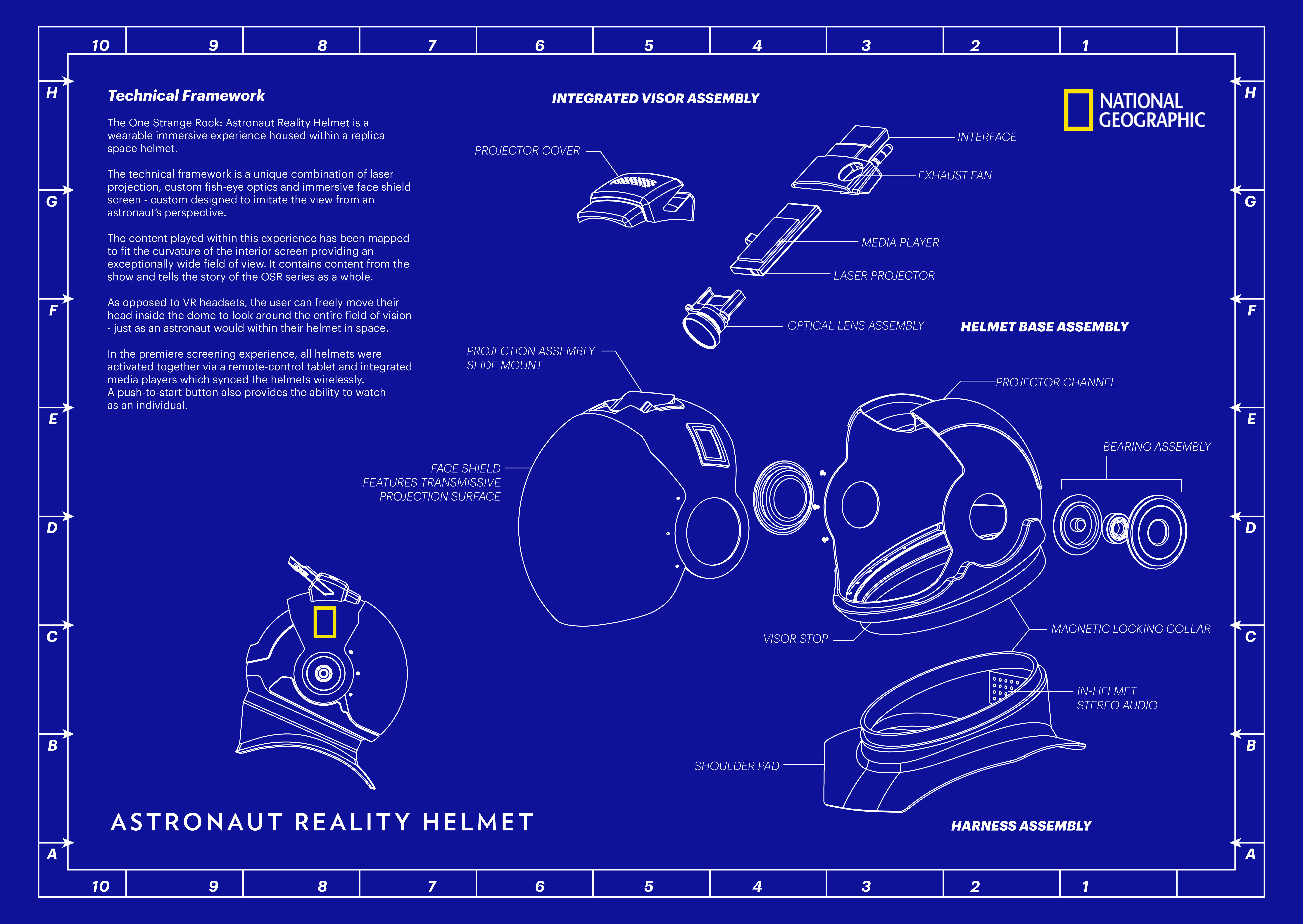