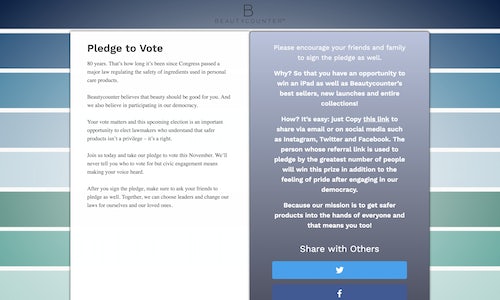 On August 25, 2018, Beautycounter expanded their advocacy efforts and launched a new get out the vote (GOTV) campaign using Phone2Action's digital advocacy platform. The goal of the campaign is to mobilize women to vote in the upcoming 2018 midterm elections. Beautycounter did not endorse specific candidates nor a political party as the company's sole goal was to increase the number of women voting in the Midterm Elections. Beautycounter plans on keeping the campaign live until Election Day, November 6th.

In order to meet its goal of driving women to vote, Beautycounter utilized Phone2Action's digital advocacy platform to reach women where they live online – via popular social channels and through customer email communications.

A significant feature of the campaign is Phone2Action's Unique Source Code Tracking and Beautycounter's strategic initiative to incentivize others to encourage their friends and family on social media to also take the pledge to vote. After an individual takes the pledge to vote, they are given a unique source. They are then encouraged to use that source code on their own personal media account. That source code is a unique identifier that Beautycounter can use to track how many other individuals a previous action taker has accumulated. Beautycounter used prized incentive, an ipad and other Beautycounter products, to motivate individuals to share on their own social media channels.

Unlike other GOTV efforts, Beautycounter focused only on women and did not advocate for any politcal party or candidate.

Since Beautycounter launched their Pledge to Vote campaign on August 25, 2018, more than 3550 advocates have pledged to vote this November. The campaign will continue to engage with women until Election Day. Beautycounter is committed to getting women out to the polls regardless of party affiliation and have regularly broadcasted their campaign via email, Facebook, Twitter and Instagram. By doing so, Beautycounter has successfully gotten more women to participate in the 2016 midterm election and continue to do so. 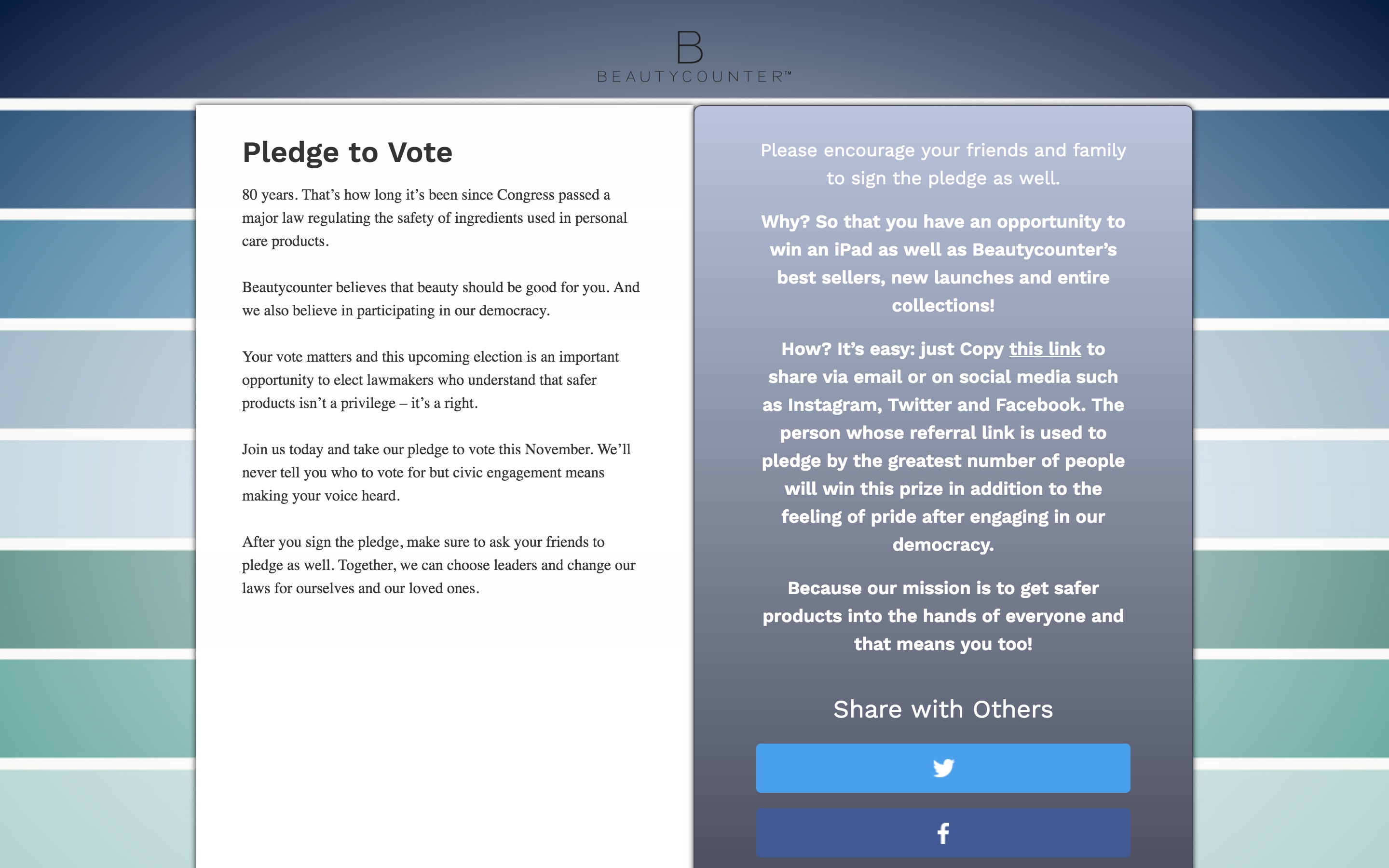