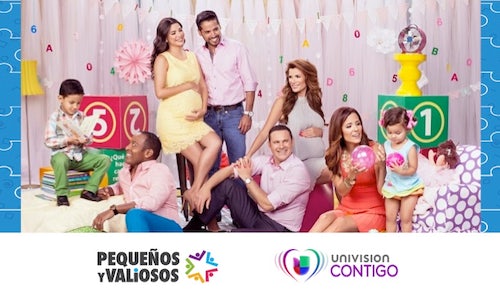 Pequeños y Valiosos: An Early Literacy Initiative of Univision & Too Small to Fail

Today, almost 60 percent of children in the United States start kindergarten unprepared, lagging behind their peers in critical language and literacy skills. Disparities in income create additional structural challenges for children from low-income communities. Studies have found that by age four, children in higher income families have heard several million more words than their lower income counterparts by the age of four. This disparity in hearing words translates directly into a disparity in learning words. And, that puts our children born with the fewest advantages even further behind.

Since 2014, Too Small to Fail and Univision Communications, Inc. — the country's leading media company serving Hispanic America — have partnered to create Pequeños y Valiosos (Young and Valuable), a multi-platform initiative to improve kindergarten readiness by raising awareness and supporting parents and caregivers with tools to support language and literacy development. Leveraging Univision's wide array of assets — network and cable television, radio, online/social media, on-air talent and community outreach — Pequeños y Valiosos campaign programming and tools encourage parents to talk, read and sing with their infants and toddlers; engage in simple, everyday activities to support early numeracy and early math concepts; emphasize the importance of bilingualism; and, support strong social and emotional bonds between parents and their children. The campaign's empowering programming reminds parents and caregivers that they have the power to transform everyday moments into brain-building moments for their young children.

The dramatic miniseries La Fuerza de Creer – which included two hour-long television episodes, three webisodes, PSAs and digital content – incorporated storylines that resonate with Hispanics while providing in-depth messaging and resources from Pequeños y Valiosos. Set as a medical drama, the miniseries navigates complex issues within a public health clinic, where doctors deal with declining revenues and personal challenges. All the while, parents bring their children to the clinic, where they receive advice on a range of early childhood topics, including ways to boost early brain development; the benefits of bilingualism; the importance of fathers and other caregivers; and, healthy social-emotional development. The series' messaging and real-life storylines were informed by Too Small to Fail's team of experts, partners and beneficiaries who serve the Hispanic community. In its original airing over two consecutive Sundays (9/3/17 and 9/10/17), the miniseries – and supporting promotional content leading up to the broadcast – reached more than 13.5 million adults according to Nielsen. Importantly, the series' audience grew by 24% between Episodes 1 and 2. The series re-aired twice on Univision's sister cable channel Galavision in November 2017, and again on the Univision network in December 2017.

The programming integrations on Pequeños Gigantes (March – May 2018) produced a series of 10 prime-time network integrations (roughly 2-3 minutes each) that featured conversations with the young contestants and their parents/caregivers. These packages highlighted parent routines and activities that encouraged early development (i.e. talking, reading, singing) and reinforced the important role that parents play in developing the contestant's talents and self-confidence. In conjunction with each TV package, the host of Pequeños Gigantes delivered a campaign message and call-to-action. Video blogs and online content provided additional information, tools and resources. Combined, the integrations reached nearly 18 million viewers, according to Nielsen. Supporting segments on Univision's morning show, Despierta America, reached an additional 12 million viewers – for a total combined reach of over 29 million adults. The segments were also broadcast by Televisa, reaching an additional 7 million adults in Mexico.

As part of Pequeños y Valiosos, Univision and Too Small to Fail launched a first-of-its-kind Spanish-language mobile messaging service that provides parents of children aged 0-5 with twice-weekly tips, prompts and activities to support parent-child engagement, boost early development, and encourage learning. In 2017, enrollment in the text service became the campaign's primary call-to-action, promoted across all PSAs, programming, and events. To date, more than 70,000 parents have enrolled in the service, which can be joined by texting 'CONSEJOS' to 26262.

Since 2014, Pequeños y Valiosos has amassed more than 715 million audience impressions, provided more than 350,000 families with information online and via text, and reached over 200,000 parents through community events and other outreach. In 2017/2018, campaign programming reached more than 70 million viewers.

In 2017, researchers at American University's (AU) Center for Media & Social Impact conducted an independent evaluation of the campaign. AU researchers studied the impact of exposure to early childhood messaging across the campaign's three storytelling genres: scripted drama (La Fuerza de Creer) vs. reality (Pequeños Gigantes) vs. news (Despierta America). After exposing viewers to the three programs in a clean experimental design, researchers noted dramatic increases (11% - 14%) in viewers' intent to engage in the parenting behaviors associated with the campaign messages, including talking, reading, singing, and speaking two languages daily. Viewers who were exposed to campaign messages also showed a positive shift in the perceived importance of language-rich engagement with their children. 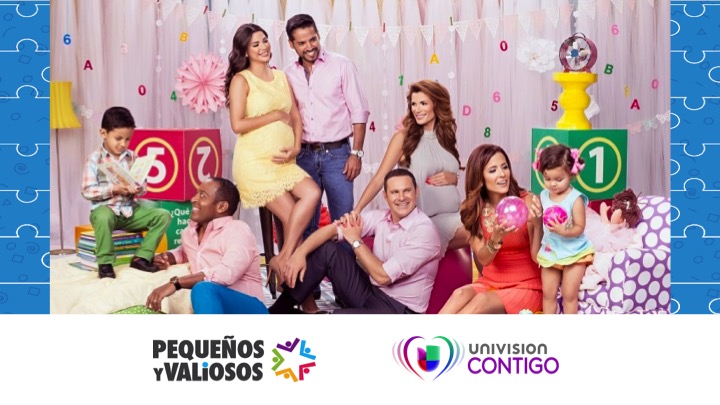